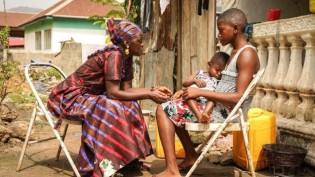 By Baher Kamal
While women and girls have been so far enjoying some of their due rights in Western high-income countries, the overwhelming majority of teenagers and adult women in the impoverished regions of the current world’s population of 8 billions continue to suffer all kinds of inequalities.

By Baher Kamal
Far-right Brazilian president, Jair Messias Bolsonaro, was quoted a year ago or so as saying to a small group of indogenous people that they “now look a bit more like humans.”

Fulfilling women’s and girls’ rights through promoting sexual and reproductive health and rights (SRHR) is an essential prerequisite for reaching national development goals as well as the Sustainable Development Goals (SDGs).

By Marianela Jarroud
In Latin America, young people are the main link in the chain of poverty leading from one generation to the next. Civil society groups, academics and young people themselves say it is imperative to strengthen the connection between education today and decent employment tomorrow.

By Joan Erakit
On Thursday, the international community recognises World Population Day, a time of assessment, discussion and projections for the future that necessarily gives great weight to the rights of women and girls and particularly their sexual and reproductive health.
ADVERTISEMENT ADVERTISEMENT