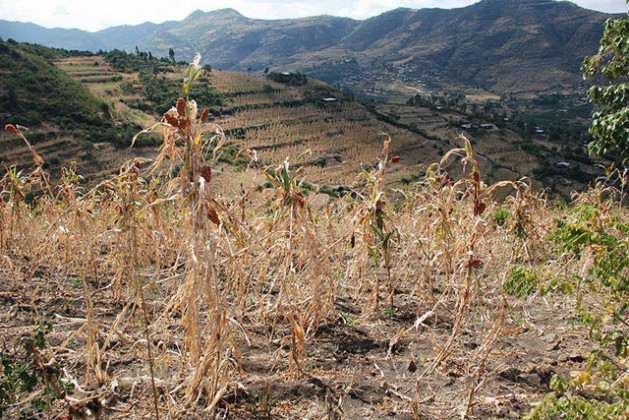 West Hararghe region, Ethiopia, December 2015. Some 10.2 million people are food insecure amidst one of the worst droughts to hit Ethiopia in decades. Photo credit: WFP/Stephanie Savariaud

Now that the 2015-2016 El Niño –one of the strongest on record– has subsided, La Niña – El Niño’s ‘counterpart’– could strike soon, further exacerbating a severe humanitarian crisis that is affecting millions of people in the most vulnerable communities in tens of countries worldwide, especially in Africa and Asia Pacific.

El Niño is the term used to describe the warming of the central to eastern tropical Pacific that occurs, on average, every three to seven years. It raises sea surface temperatures and impacts weather systems around the globe so that some places receive more rain while others receive none at all, often in a reversal of their usual weather pattern.

La Niña is the opposite weather phenomena—it lowers sea surface temperature producing a counter impact and anyway bringing more catastrophes with heavy rains in areas affected by El Niño draughts and more of these in flooded regions.

While El Niño has devastated harvests, livestock and thus livelihoods, its huge impact on children is worsening, “as hunger, malnutrition and disease continue to increase following the severe droughts and floods spawned by the event,” a new report from the UN Children’s Fund (UNICEF) has just revealed.

Making matters worse, there is a strong chance La Niña could strike at some stage this year, UNICEF’s report “It’s not over – El Niño’s impact on children” alerts. 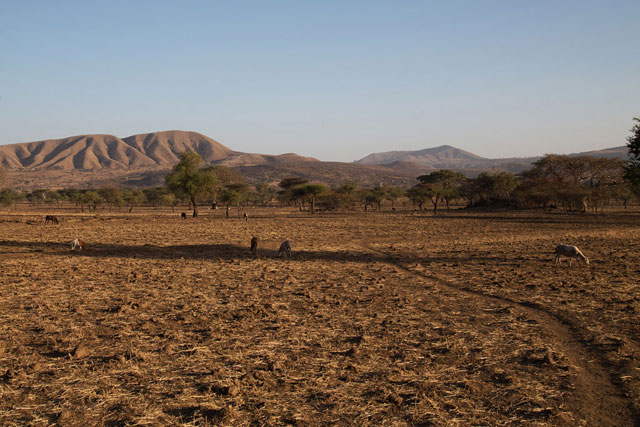 El Niño, and its counterpart La Niña, occur cyclically, in recent years, mainly due to the effects of global climate change, extreme weather events associated with these phenomena –such as droughts and floods– have increased in frequency and severity.

“Millions of children and their communities need support in order to survive. They need help to prepare for the eventuality La Niña will exacerbate the humanitarian crisis. And they need help to step up disaster risk reduction and adaptation to climate change, which is causing more intense and more frequent extreme weather events,” said UNICEF’s Director of Emergency Programs, Afshan Khan.

Millions of Children in Dire Need

Indeed, the UN Children Fund reports that children in the worst affected areas are going hungry. In Eastern and Southern Africa –the worst hit regions– some 26.5 million children need support, including more than one million who need treatment for severe acute malnutrition. “

The same children who are affected by El Niño and threatened by La Niña, find themselves on the front-lines of climate change,” added Khan.

Children in the worst affected areas are going hungry now, UNICEF report says, and warns that their futures are at risk, as extreme weather has disrupted schooling, increased disease and malnutrition, and robbed families of their livelihoods. In drought-affected areas, some children are staying away from class to fetch water over long distances, or have moved away with their families following loss of crops or livestock.

Moreover, being out of school often increases a child’s risk of abuse, exploitation and, in some areas, child marriage, UNICEF adds, while warning that malnutrition among children under five has increased alarmingly in many of the affected areas, as families who were already living hand-to-mouth.

In many countries, El Niño affects access to safe water, and has been linked to increases in diseases such as dengue fever, diarrhoea and cholera, which are “major killers of children.” Drought can also force adolescent girls and women to engage in transactional sex to survive. And mortality for children living with HIV is two to six times higher for those who are severely malnourished than for those who are not, UNICEF reports.

UNICEF is not the sole UN agency to warn against the devastating effects of El Niño and the huge threats from La Niña. 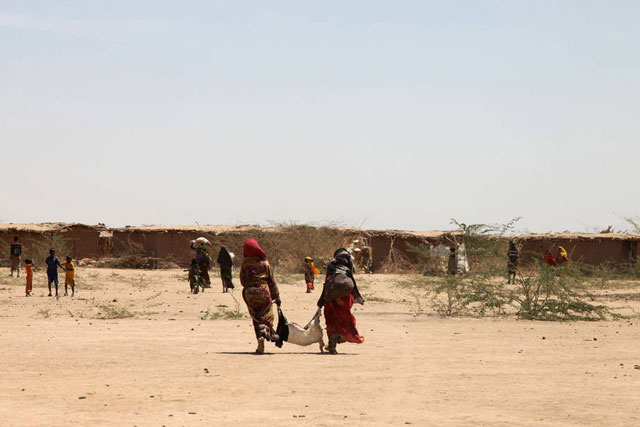 Farmers in Ethiopia. The Horn of Africa is one of the areas hardest hit by El Niño. Photo credit: FAO/Tamiru Legesse

In fact, failure to prepare for and adapt to the ‘new normal’ of increasing climate-linked emergencies such as El Niño could put global development targets at risk and deepen widespread human suffering in areas already hard hit by floods and droughts, top United Nations officials alerted.

The heads of the three Rome-based UN agencies, FAO, IFAD and WFP, along with the UN Special Envoy on El Niño & Climate, warned in a recent meeting that more than 60 million people worldwide, about 40 million in East and Southern Africa alone, are projected to be food insecure due to the impact of the El Niño climate event.

To coordinate responses to these challenges UN agencies and partners on July 6 met at the Rome headquarters of the UN Food and Agriculture Organisation (FAO). The joint meeting included the International Fund for Agricultural Development (IFAD) and the World Food Programme (WFP).

FAO Director-General José Graziano da Silva warned that the impact of El Niño on agricultural livelihoods has been enormous and with La Niña on the doorsteps the situation could worsen.

“El Niño has caused primarily a food and agricultural crisis,” he said, announcing that FAO will therefore mobilise additional new funding to “enable it to focus on anticipatory early action in particular, for agriculture, food and nutrition, to mitigate the impacts of anticipated events and to strengthen emergency response capabilities through targeted preparedness investments.”

Meanwhile, OXFAM international–a confederation of non-governmental organisations, reported that about 60 million people across Southern Africa and the Horn of Africa, Central America, and the Pacific now face worsening hunger and poverty due to droughts and crop failures in 2014/5 that have been exacerbated by the El Niño weather system in 2015/6.

“This number is likely to rise,” warns this international confederation of NGOs working together for “a just world without poverty, where people are valued and treated equally, enjoy their rights as full citizens, and can influence decisions affecting their lives.”

OXFAM has recently issued a short report giving a voice to some of the people that it is working with in Ethiopia, Malawi, Zimbabwe, El Salvador and Papua New Guinea. “They’ve told us that they have lived through bad times before, but that this drought is much worse than previous ones,” says the report, which is authored Debbie Hillier.

These are some of the most impacting excerpts of OXFAM’s report, titled ”What Will Become of Us:Voices from around the world on drought and El Nino.”

“… People go to bed with empty stomachs; toil in their fields or go to school with the gnawing pain of hunger; they walk or cycle for miles to try to find food. Many people have reduced the number of meals they eat per day to two or even one.

… Hunger hurts. For parents, the struggle to put food on the table has been acutely painful; children cry for food, babies nurse on empty breasts.

… Many people have nothing left. Farmers and herders have worked hard, but now they watch their crops fail and their animals die.

… Despite their best efforts, many communities and governments are being overwhelmed.

… When these are exhausted, coping strategies become more damaging and women and girls often bear the brunt: dropping out of school, entering early and forced marriages, facing an increased risk of violence during longer trips to collect wood, food or water, and transactional sex.”

In its GROW blog channel, OXFAM has also published a short report on El Niño and Climate Change:All You Need to Know, showing the relation between the two weather events.