ROME, Aug 16 2016 (IPS) - Humankind is a witness every single day to a new, unprecedented challenge. One of them is the very fact that the world’s arable lands are being lost at 30 to 35 times the historical rate. Each year, 12 million hectares are lost. That means 33,000 hectares a day!

Moreover, scientists have estimated that the fraction of land surface area experiencing drought conditions has grown from 10-15 per cent in the early 1970s to more than 30 per cent by early 2000, and these figures are expected to increase in the foreseeable future.

While drought is happening everywhere, Africa appears as the most impacted continent by its effects. According to the Bonn-based United Nations Convention to Combat Desertification (UNCCD), two-thirds of African lands are now either desert or dry-lands.

The challenge is enormous for this second largest continent on Earth, which is home to 1.2 billion inhabitants in 54 countries and which has been the most impacted region by the 2015/2016 weather event known as El-Niño. 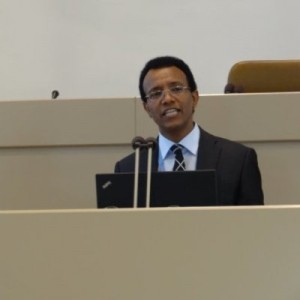 IPS interviewed Daniel Tsegai, Programme Officer at UNCCD, which has co-organised with the Namibian government the Africa Drought Conference on August 15-19 in Windhoek.

“Globally, drought is becoming more severe, more frequent, increasing in duration and spatial extent and its impact is increasing, including massive human displacement and migration. The current drought is an evidence. African countries are severely affected,” Tsegai clarifies.

The African Drought Conference focus has been put on the so-called “drought resilience.”

IPS asks Tsegai what is this all about? “Drought resilience is simply defined as the capacity of a country to survive consecutive droughts and be able to recover to pre-drought conditions,” he explains.

“To begin with there are four aspects of Drought: Meteorological (weather), Hydrological (surface water), Agricultural (farming) and socioeconomic (effects on humans) droughts.”

Asked for the major challenges ahead when it comes to working on drought resilience in Africa, Tsegai tells IPS that these are mainly:

a) Lack of adequate data base such as weather, water resources (ground and surface water), soil moisture as well as past drought incidences and impacts;

b) Poor coordination among various relevant sectors and stakeholders in a country and between countries in a region;

d)    Insufficient political will to implement national drought policies, and

e) Economics of drought preparedness is not well investigated, achieving a better understanding of the economic benefits of preparing for drought before drought strikes is beneficial.

As for the objectives of the UNCCD, Tsegai explains that they are to seek to improve land productivity, to restore (or preserve) land, to establish more efficient water usage and improve the living conditions of those populations affected by drought and desertification.

According to Tsegai, some of the strategies that can be adopted to build drought resilience include:

First: a paradigm shift on the way we deal with drought. We will need to change the way we think about drought.

“Drought is not any longer a one time off event or even a ‘crisis’. It is going to be more frequent, severe and longer duration. It is a constant ‘risk’, he tells IPS.

“Thus, we need to move away from being reactive to proactive; from crisis management approach to risk management; from a piecemeal approach to a more coordinated/integrated approach. Treating drought as a crisis means dealing with the symptoms of drought and not the root causes,” Tsegai explains.

“In short, developing national drought based on the principles of risk reduction is the way forward.”

Second: Strengthening Drought Monitoring and early warning systems (both for drought and the impacts);

Third: Assessing vulnerability of drought in the country (Drought risk profiling on whom is likely to be affected, why? Which region and what will be the impacts?);

Fourth: Carrying out practical drought risk mitigation measures including the development of sustainable irrigation schemes for crops and livestock, monitoring and measuring water supply and uses, boasting the recycling and reuse of water and waste-water, exploring the potential of growing more drought tolerant crops and expanding crop insurance.

Asked what is expected outcome of the African Drought Conference, Tsegai answers: 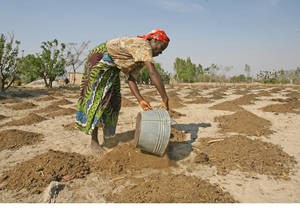 “Droughts are considered to be the most far-reaching of all natural disasters, causing short and long-term economic and ecological losses as well as significant spiralling secondary and tertiary impacts.”

To reduce societal vulnerability to droughts, a paradigm shift of drought management approaches is required to overcome the prevailing structures of reactive, post-hazard management and move towards proactive, risk based approaches of disaster management, he stresses.

“Risk based drought management is, however, multifaceted and requires the involvement of a variety of stakeholders, and, from a drought management policy perspective, capacities in diverse ministries and national institutions are needed.”