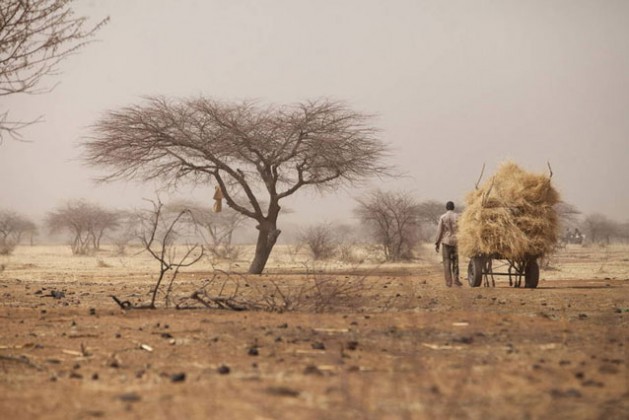 MARRAKESH, Morocco, Nov 21 2016 (IPS) - “No country, irrespective of its size or strength, is immune from the impacts of climate change, and no country can afford to tackle the climate challenge alone.”

With this warning, the United Nations Secretary-General, Ban Ki-moon, commented on the final conclusions reached at the United Nations Climate Change Conference (COP 22) –which was held in Marrakech, Morocco on Nov. 7-18– to move forward on the implementation of the Paris Agreement that entered into force November 4.

In the Marrakech Action Proclamation, State Parties to the UN Framework Convention on Climate Change (UNFCCC) affirmed their strong “commitment” to the “full implementation” of the Paris Agreement.

They also welcomed the “extraordinary momentum on climate change worldwide,” as of Friday 18 November, 111 countries have ratified the Agreement.

Last December at the previous Conference, known as COP 21, 196 Parties to the UNFCCC adopted the Paris Agreement, so-named after the French capital where it was approved.

It aims to strengthen the global response to the threat of climate change by keeping the global temperature rise this century well below 2 degrees Celsius above pre-industrial levels and to pursue efforts to limit it to 1.5 degrees Celsius.

“This momentum is irreversible – it is being driven not only by governments, but by science, business and global action of all types at all levels,” adds the Marrakech Proclamation.

Negotiations between State-Parties concluded on Nov. 18 night. Governments set a rapid deadline of 2018 to complete the rulebook for “operationalizing” the Paris Agreement to ensure confidence, cooperation and its success over the years and decades to come.

In the Marrakech Proclamation, developed country reaffirmed their 100 billion dollars mobilisation goal per year by 2020 to support climate action by developing countries. All countries also called on all non-state actors to join them “for immediate and ambitious action and mobilisation, building on their important achievements.”

On Nov.17, the Conference launched the Marrakech Partnership for Global Climate Action Agenda to further scale up cooperative efforts in which businesses, sub-national and local governments and civil society team up with national governments to promote low-emission and resilient development.

“The world must rapidly move to scale up actions and ambitions on climate change,” said for his part José Graziano da Silva, Director-General the Food and Agriculture Organisation of the United Nations (FAO) during the Marrakech summit. 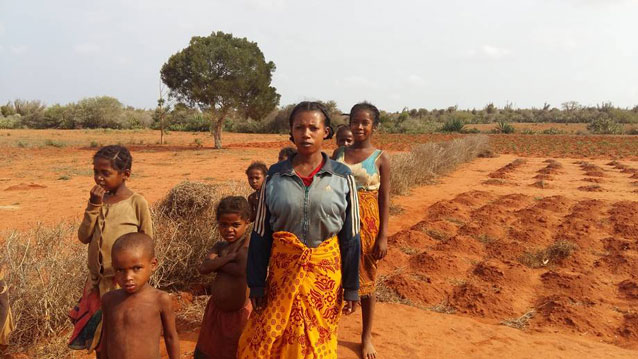 Southern Madagascar has been hit by consecutive droughts. Credit: FAO

Speaking on Nov. 16 at a high-level action day on agriculture and food security, he noted that climate change impacts on agriculture – including crops, livestock, forestry, fisheries, land and water – are already undermining global efforts to assure food security and nutrition.

“And the rural poor are the most affected.”

With over 90 per cent of countries referring to the important role of agriculture in their national plans to adapt to and mitigate climate change, Graziano da Silva stressed, “it is time to invest in sustainable and climate-resilient agriculture as a fundamental part of the climate solution.”

Although agriculture contributes to nearly 20 per cent of greenhouse gas emissions, it is a fundamental part of the solution to boost resilience and combat climate change impacts – especially in developing countries where agriculture is often the backbone of the economy.

“We have to transform agriculture to make it more productive and more resilient at the same time. This transformation will help to address, at the same time, the triple threat of hunger, poverty and climate change,” Graziano da Silva said. “Countries are recognizing this potential with unprecedented commitments.”

Scaling up international flows of climate finance and unlocking additional investment in adaptation in agricultural sectors is needed to give traction to the action, he added.

In a bid to tackle the impact of global water scarcity, FAO on Nov. 18 launched the Global Framework for Action to Cope with Water Scarcity in Agriculture in the Context of Climate Change.

“From California to China’s eastern provinces and from Jordan to the southern tip of Africa, an estimated four billion people – almost two-thirds of the global population – live with severe water shortages for at least some of the time.” Water scarcity “is one of the main challenges for sustainable agriculture,” Graziano da Silva said.

At another high-profile side event, he hailed the timely launch of the Initiative in Favor for the Adaptation of African Agriculture, which is the Kingdom of Morocco’s flagship programme and has been endorsed by 27 countries so far.

The so-called Triple A “will drive action in precisely the areas we need to transform the agriculture sectors” – sustainable land and soil management, better water management and comprehensive climate risk management – and FAO will collaborate strongly to scale up the initiative.

“That will require larger climate finance flows for adaptation, and for agriculture in particular, Graziano da Silva added, noting that currently only two per cent of climate finance is being directed at the agriculture sector. “That is extremely low, and quite below our needs,” he said.