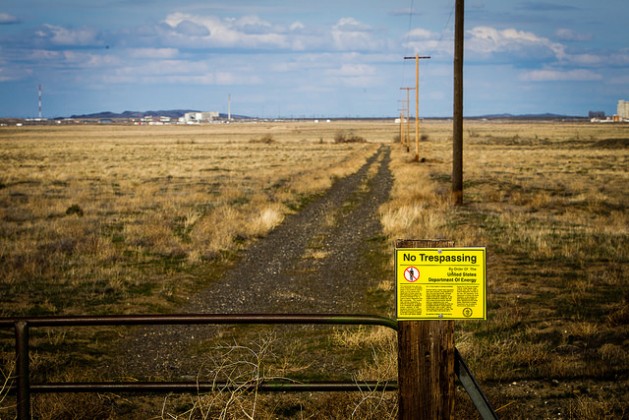 NEW YORK, Dec 20 2016 (IPS) - Since the decision by the U.S. army to suspend the Dakota Access pipeline on 4 December, many are still unsure of the controversial pipeline’s future or its implications for other mega infrastructure projects affecting indigenous communities across North America.

After months of demonstrations by the Standing Rock Sioux tribe and thousands of allies from across the world, the Army announced that it will not allow the 1,172-mile long pipeline to cross Lake Oahe in North Dakota.

The statement was met with celebrations and tears by those who have taken up residence in camps along the Cannonball and Missouri Rivers as part of the #NoDAPL movement.

Among concerns over the pipeline is its risk of contaminating the Missouri River, the tribe’s main source of water.

However, the excitement over the Army’s decision did not last long, Luger said.

“Primarily this is an issue of Native people not being too comfortable and too steadfast with government decrees. All of our treaties have been broken…we were elated in the moment but then we also readied ourselves for any future statement or outcome,” Luger told IPS.

One such treaty is the 1851 treaty of Fort Laramie which defined Sioux territory as the land where DAPL is being constructed. Though it was later taken away under a 1868 treaty, the land remains disputed as some say they never ceded the territory.

Despite the recent decision and territorial disputes, Energy Transfer Partners, the oil company in charge of the  $3.8 billion project, has vowed to continue DAPL, stating: “[We] are fully committed to ensuring that this vital project is brought to completion and fully expect to complete construction of the pipeline without any additional rerouting in and around Lake Oahe. Nothing this Administration has done today changes that in any way.”

Many also fear that incoming President-elect Donald Trump will overturn the decision as he has vowed to divert billions of payments to UN climate programs towards building up domestic coal, oil and gas industries.

His cabinet nominations also suggest an increased focus on such industries including ExxonMobil chief executive Rex Tillerson as Secretary of State, Oklahoma attorney general Scott Pruitt – who has been battling President Obama’s climate change policies – as head of the Environmental Protection Agency (EPA), and Rick Perry as Energy Secretary who, during his time as governor of Texas, expanded oil and gas development.

“This fight is not over, not even close. In fact, this fight is escalating,” said a coalition of grassroots organisations including Sacred Stone one of the Dakota Access resistance camps, pointing to the new administration as a source of uncertainty.

The struggle is far from over, not only for DAPL, which is just one of many extractive projects that threaten access to clean water for many indigenous communities on the continent.

One such case is the legacy of uranium mining in the Navajo Nation in the Southwestern United States.

During the Cold War, the U.S. government extracted uranium from the Navajo Reservation, which is home to the largest indigenous population in the country. According to the EPA, over 30 million tonnes of uranium ore was extracted from or adjacent to Navajo lands.

Executive Director of global water organisation DigDeep George McGraw remarked on the similarities between DAPL and uranium mining to IPS, calling it “if not sister problems, cousin problems.”

“The Sioux, like the Navajo, have struggled to maintain water access for the majority of their population in general…so to come in and threaten, in a really meaningful way, the resources that they do have like a river is an even more gross offense,” he said.

Decades of uranium mining have contributed to a water crisis leaving approximately 40 percent of Navajo households without clean running water.

McGraw noted that water contamination has only worsened because mines have not been cleaned up. There are over 500 abandoned mines with radioactivity levels as high as 25 times above what is considered to be safe.

Such exposure has led to alarmingly high rates of cancer in a population which the medical community previously thought had “cancer immunity.”

By treaty and law, the United States is responsible for protecting the health of the Navajo Nation. However, McGraw pointed to unfulfilled treaty obligations, similar to that of the Sioux Nation.

Despite a recent settlement between the Navajo Nation and the U.S. government to help clean up 16 abandoned uranium mines, access to clean water remains elusive as ongoing coal mining in the Navajo reservation poses a further threat to drinking water sources.

“That’s symptomatic of our treatment of Native Americans when it comes to all these energy issues…most of the country ignores this place and they can get away with that, “ he told IPS.

Chair of the Center for World Indigenous Studies (CWIS) Rudolph Ryser echoed similar sentiments to IPS, stating: “The indigenous world is invisible to the rest of the world…so it’s easy for developers, corporations, governments to press economic development projects that advantage them at the expense of indigenous nations and it’s been going on for a long time.”

Ryser particularly pointed to the Trans Mountain pipeline expansion in Canada which was recently approved by Prime Minister Justin Trudeau. The expansion will create a twinned pipeline which was increase oil transports from 300,000 to 890,000 barrels per day.

Some First Nations have strongly opposed the project, citing concerns of an increased risk of an oil spill. Oil company Kinder Morgan only garnered support for the pipeline from one-third of the 120 indigenous groups it consulted.

The Canadian province of Alberta also approved another three oil sands projects including Husky Energy’s Saleski project, the same company responsible for a July oil spill in the North Saskatchewan River from a different pipeline.

Though the DAPL movement was important in that it brought different tribes together, Ryser said that as long as these projects continue, the “struggle is not over.”

Similarly, Luger noted that stopping one pipeline does not mean the end.

“The solidarity that was created within Native communities at Standing Rock…set a precedent where we went and decided that we must help one another. And because most of these extractive resources are taking place on or near Native borders, we also know that we are readying ourselves to work towards the future and help one another within our communities nationally and internationally,” he concluded.