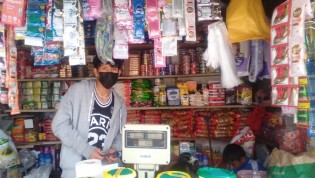 By Tharanga Yakupitiyage
Resistance towards the controversial Dakota Access pipeline continues after a federal court rejected requests to halt construction on Monday.

By Isaiah Esipisu
On a Wednesday morning in Mutitu-Andei township in Makueni County, one of Kenya’s driest areas, smallholder farmer Josephine Mutiso tunes into Radio Mang’elete 89.1 FM and listens as meteorological experts discuss the changes in rainfall patterns in the county.
Next Page »
ADVERTISEMENT ADVERTISEMENT