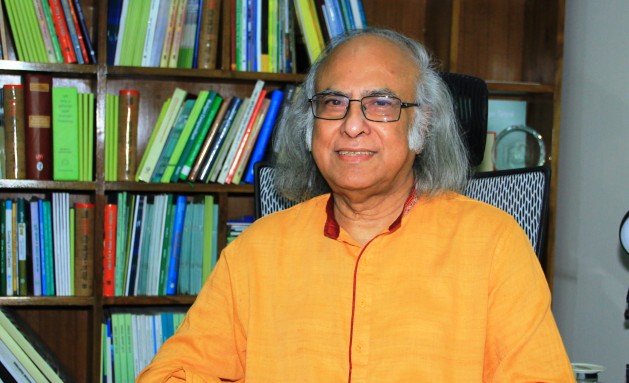 DHAKA, Dec 27 2016 (IPS) - There is no exaggerating how crucial water is for human survival, particularly in countries like Bangladesh, which is crisscrossed by rivers. The level of water in a river here directly affects the lifestyles and livelihoods of the people living on its two sides, so much so that rivers and water bodies of varied sizes are an inseparable part of Bengali culture and heritage.

Several hundred rivers and their tributaries flow through the country. However, some of the rivers — often called the lifelines of Bangladesh — are dying, inflicting prolonged suffering on the people. For example, the 309-kilometer Teesta flows through northern Bangladesh and drains an area of 12,540 square kilometres on its way from the Himalayas to Fulchhari of Gaibandha in Bangladesh where it meets the Jamuna.

While a dearth of water plagues the people of northern Bangladesh, the middle and southern parts of the country reels from the abundance of it.

The river, which can be up to 2.5 kilometres wide, is reduced to a width of about 70 metres during the winter and is even narrower or completely dry at some places during the very dry season (March and April). This leaves fishermen without work and farmers in acute need of water for irrigation.

While a dearth of water plagues the people of northern Bangladesh, particularly during winter, the middle and southern parts of the country reels from the abundance of it, particularly during the monsoon. Also, salinity ingress in the surface and groundwater in the coastal region has reached such a state that not even grass can grow in some areas and people face an acute shortage of drinking water.

Someone said that a third world war may be fought over water. And it indeed is turning out to be a serious issue, not only in Bangladesh but also worldwide. In any case, quality water access on the one hand and devastation caused by flooding on the other are the hallmarks of water being the cause of large-scale suffering of people in many parts of the world. Water-related natural disasters have occurred in the past, but are increasing in recent times in terms of both frequency and extent of the devastations caused.

In Bangladesh, as a matter of fact, the average annual per capita availability of water is robust — 7,568 cubic meters per capita, around five times higher than that in India. However, the highly uneven seasonal and spatial distribution of available water in Bangladesh poses serious problems. Adequate water access for drinking or for other purposes by certain groups of large numbers of people and in certain areas of the country is becoming increasingly serious.

Another set of problems related to the water sector arises as Bangladesh is at the bottom of three major rivers systems—the Ganges, the Brahmaputra, and the Meghna. A particular feature in this context is severe water scarcity in certain parts of Bangladesh in the dry season, Jan. 1 to May 31, particularly in March and April, due to low-flows through transboundary rivers as a result of excessive upstream abstraction. Also, floods in Bangladesh mostly originate upstream. Hence, regional cooperation in water management is an important issue.

Clean, accessible water for all is the sixth among the 17 Sustainable Development Goals (SDGs) set by the United Nations. The Sheikh Hasina-led Government of Bangladesh is working relentlessly to achieve the goals well before the 2030 deadline. The country already has necessary policies to save the rivers and other water-bodies and to ensure even distribution of quality water.

What the country now needs is stricter enforcement of the policies and relevant laws, and more effective efforts from both government and non-government actors in realising the goal of ensuring accessibility to quality water for all.

Against such a backdrop, the National Water Convention 2016 is being held in Dhaka on Dec. 28-29, 2016. Palli Karma-Sahayak Foundation (PKSF) — the government-established apex development agency of Bangladesh, Bangladesh Unnayan Parishad — a non-profit research organization, and NGO Forum for Public Health are organising the event.

Through 13 sessions participated by experts, scholars, government high-ups and sector-related actors, the Convention will review the state of affairs in respect of various key water sector issues and to reflect on: where we stand regarding those issues, how people’s perspectives can be brought to bear on water policies and water actions, how the increasing water difficulties and problems can be more effectively addressed, how coordination among various stakeholders, particularly between the Government and others can be strengthened, and, overall, how the best possible water regime can be forged under the prevailing circumstances.

Ensuring accessibility to quality water for all is a must for sustainable development. And this has to be ensured before it is too late.