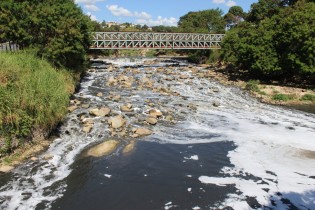 By Desmond Brown
It was early on a Saturday morning and there was no sign of life in the community. The shacks erected on both sides of the old, narrow road that winds through the area are all surrounded by zinc sheets which rise so high, it’s impossible to see what lies on the other side.
Next Page »
ADVERTISEMENT ADVERTISEMENT