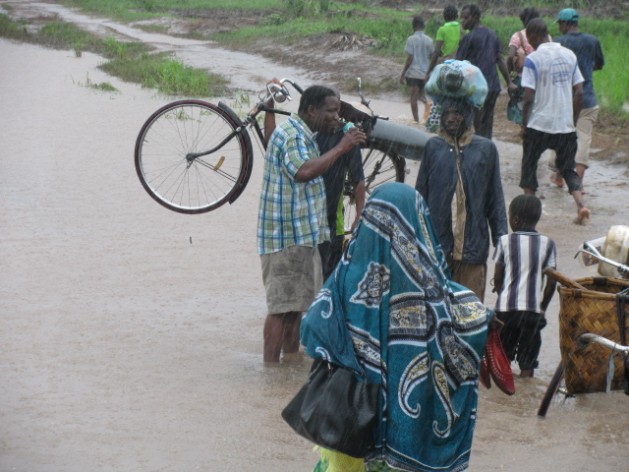 Flooding in Malawi. Courtesy of the Malawi Red Cross Society

UNITED NATIONS, Feb 2 2015 (IPS) - The flooding of the Zambezi River has had devastating consequences for three countries in Southern Africa. The three worst affected countries are Malawi, Mozambique and Zimbabwe.

Livestock has drowned, crops have been submerged or washed away and infrastructure has been badly damaged.

Imagine being a pregnant woman airlifted from the floodplains and placed in a camp with no midwives, no sterilised equipment nor medical supplies to ensure a safe delivery.

Worse still, hundreds of lives have been lost – and the dignity of women and girls is on the line.

A total of 79 deaths have been reported and about 153 people are still missing. Data disaggregated by age and sex are not readily available, however, it is estimated that about 330,000 of the 638,000 displaced people in the camps are women and close to 108,000 are young people.

The situation is also critical in Zimbabwe. According to preliminary assessments, approximately 6,000 people (1,200 households) have been affected, of which 2,500 people from 500 households are in urgent need of assistance. An estimated 40-50 per cent will be women or girls. More than ten people have drowned while many more have been injured, displaced and left homeless.

In Mozambique, almost all 11 provinces have experienced extensive rainfall. The central province of Zambézia was the worst hit – a bridge connecting central and northern Mozambique was destroyed by the floods in Mocuba district. Niassa and Nampula provinces were also seriously affected.

These three provinces are already among the poorest in the country, and for the most vulnerable – women, girls and children – the impact of flooding can be devastating.

Mozambique has a recent history of recurrent floods. UNFPA is supporting the government and other partners to scale up efforts to safeguard the dignity of women and girls. This includes the positioning of reproductive health kits, hygiene kits and promoting gender-based violence prevention. 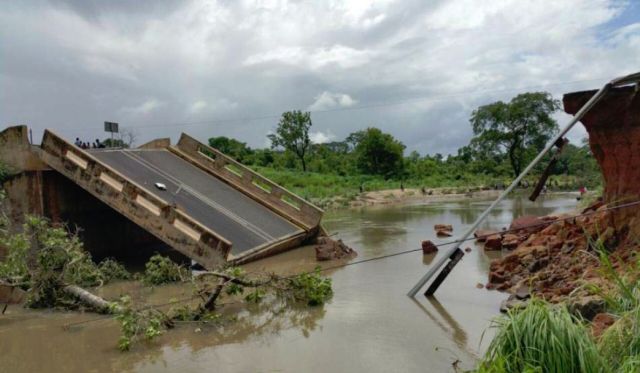 Flooding in Mozambique. Courtesy of UNFPA

As with most humanitarian situations, women, girls and children are usually the worst affected. In Mozambique, for example, close to 1,000 orphans and over 100 pregnant women and girls require urgent attention.

Imagine being a pregnant woman airlifted from the floodplains and placed in a camp with no midwives, no sterilised equipment nor medical supplies to ensure a safe delivery. This is a scenario that countless pregnant women are facing.

In addition to efforts by partners to address the food and infrastructural security needs of the people, women and girls are particularly vulnerable to exploitation and erosion of dignity, and deserve adequate attention.

In Malawi, about 315 visibly pregnant women were identified in the three worst affected districts. Between Jan. 10 and 24, 88 deliveries were recorded by 62 camps in the worst affected districts. Twenty-four of these deliveries were among adolescents aged between 15 and 19 years, as reported from Phalombe, where fertility rates and teenage pregnancies are generally high. 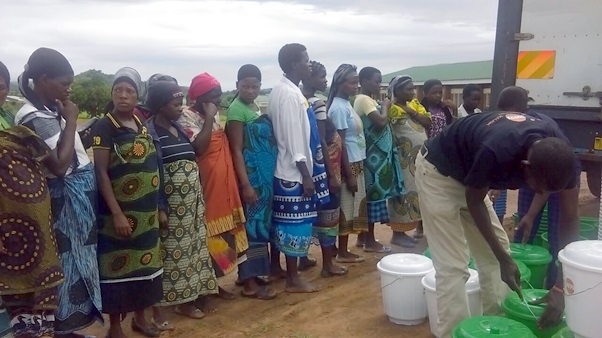 Malawi floods. Some of the pregnant women receiving dignity kits at Somba camp in T A Bwananyambi, Mangochi. Courtesy of UNFPA

The design of the camps and the positioning of toilets are said to be contributing to these cases. A woman from Bangula camp said: “The toilets are far away from where we are sleeping. We are afraid to walk to the toilets at night for fear of being raped. If the toilets could be located close by, this could assist us.”

Personal dignity and hygiene is a major challenge for women and young people, especially for adolescent girls. A teenager from Tchereni camp in Malawi said: “I lost everything during the floods. My biggest challenge is how to manage my menstrual cycle.”

It has been reported that women and girls are sharing sanitary materials, which seriously compromises their health and dignity.

In order to address the  sexual and reproductive health needs of affected populations, UNFPA Malawi has recruited and deployed full time Reproductive Health and Gender Coordinators to support the authorities with the management of SRH/HIV and gender-based violence (GBV) issues in the camps.

UNFPA has also distributed pre-positioned Reproductive Health kits as well as drugs and medical equipment to cater for clean deliveries, including by Caesarean section, and related complications of pregnancy and child birth in six districts and two central hospitals in the flood-affected areas.

Over 300 prepositioned dignity kits were distributed and 2,000 more have been procured, over half of which have already been distributed to women of child-bearing age in some of the most affected districts to allow the women to continue to live with dignity in their state of crisis.

The International Federation of Red Cross and Red Crescent Societies (IFRC) has launched an emergency appeal for CHF 2,7 million to assist Malawi Red Cross to step up emergency response activities, including a detailed needs assessment of the affected regions, the procurement of non-food items, the procurement and distribution of shelter materials, and the provision of water and sanitation services.

A similar process was applied for Mozambique and Zimbabwe, with the aim of saving more lives by providing immediate assistance to those in need.

But as partners working together to address the numerous problems that confront the affected populations – and warnings of more risks of flooding – we cannot neglect the plight of women and girls.

In humanitarian situations especially, the dignity and reproductive health and rights of women and girls deserves our full attention.