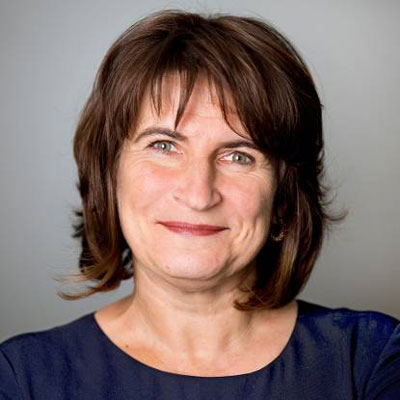 The Hague, Mar 6 2017 (IPS) - In South Asian societies, as elsewhere, it is all too common for women to be held back, time and again Women’s potential remains largely untapped – which is not only morally wrong, but also economically unwise. According to recent projections, harnessing women’s full potential throughout South Asia would increase GNP by more than half by 2025. In absolute terms, women could earn countries in South Asia an additional 400 billion dollars in the next ten years! clearly, women hold the key to economic success for South Asia: their empowerment can fuel further development. The Netherlands has invested substantially in the economic empowerment of women in this region. Our successes, achieved in collaboration with many stakeholders, show what can be achieved if we keep up these efforts.

It is important to know, firsts what barriers are holding women back. There are several, but all come down to women’s subordinate role in society. Women’s potential cannot be fully exploited until we break down these barriers, in various sphere of life. They need access to equitable and safe employment, education and training. As well as access to and control over economic resources and opportunities. Their voices must be heard and their influence on policy felt. They must have freedom from violence, freedom of movement, access to and control over reproductive health and family planning, and social protection and child care. All these may seem like formidable tasks, but the good news is that many of the investments needed, by public and private actors, yield positive returns on investment.

I can illustrate this using our experience in the garment industry. The growth of the garment industry in South Asia has greatly increased access to employment for women. These jobs offer enormous new opportunities for the economic empowerment of women and girls, who often come from poor rural communities where they are confined to the domestic sphere. The benefits of work extend beyond the economic. These young women gain a greater say in their households, more autonomy in decision-making and more self-esteem.

All’s well that ends well? No. We must not turn away from the violations of basic women’s rights that often occur in the garment industry. Women generally earn less than men, and they often face harassment and gender-based violence. lmproving their working conditions is the right thing to do. And, as independent research confirms, it makes economic sense too.

Through various programmes, the Netherlands helps strengthen the position of female workers in the garment industry. The Dutch Ministry of Foreign Affairs funds a strategic partnership made up of the Fair Wear Foundation. CNV International and Mondiaal FNV to reduce gender-based violence and promote gender equality in the garment industry. It runs projects in India, Bangladesh and other producing countries. In Bangladesh for example, the partnership is working to increase women’s participation in dialogue between workers and factory management. Works councils at the factories and trade unions receive support, enabling them to effectively address gender-based violence.

The Netherlands also provides core funding to the Better Work programme, a joint initiative of the International Labour Organization(ILO) and the International Finance Corporation (IFC). Better Work aims to improve working conditions and promote competitiveness in global garment supply chains, and focuses especially on strengthening the position of women in these supply chains. The impact of the interventions is backed up by sound research. An independent evaluation by Tufts University, for example, found that training supervisors through the Better Work programme increased productivity by up to 22%, and traced this in particular to the training of female supervisors. These are important findings, as they demonstrate that promoting women to management positions not only has positive effect on their empowerment but also makes good business sense.

The same approach is followed in a project in Bangladesh that seeks to promote sexual and reproductive health and rights (SRHR) through inclusive business practices for female workers in the ready-made garment sector. Funded by our embassy in Dhaka and implemented by SNV, the project supports female workers’ access to convenient, gender-friendly, affordable and good-quality. SRHR services and products. The project is running at 19 factories and uses 10 selected SRHR service providers and private sector partners to pilot and test activities that deliver win-win solutions for businesses and workers.

Part and parcel of our approach to increase women’s economic empowerment is to ensure that women have full control over family planning. In response to the reinstatement of the Mexico City Policy – the decision by the new US administration to suspend funding for organisations that provide access to safe abortion or information about abortion – I have established She Decides, an initiative that aims to leverage financial as well as political support for sexual health and family planning worldwide, mitigating the impact of the US funding cuts.

In conclusion, women hold an important key to economic success in South Asia. By empowering women, we improve both their welfare and their economic contribution. We have made progress in improving women’s conditions in the garment industry and beyond. If South Asia is to reap the full potential of the female half of its population, it is vital to sustain the gains made so far and scale them up fast. For its part, the Netherlands will continue— with renewed vigour – to work with governments, brands, factories and civil societies so as to give women the opportunities they deserve.