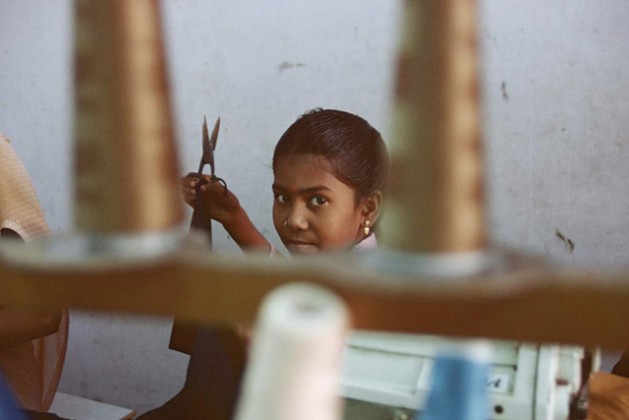 Women and girls in the garment industry are often subject to forced overtime and low wages, and on domestic workers because of the unprotected nature of their work. Credit: ILO/A. Khemka

ROME/GENEVA, Mar 8 2017 (IPS) - “The women’s movement has brought about tremendous change but we must also recognise that progress has been slow and extremely uneven and that it also brought its own challenges,” warned the UN High Commissioner for Human Rights Zeid Ra’ad Al Hussein.

Marking International Women’s Day on March 8, Zeid said that in too many countries, we are now seeing a backlash against women’s rights, a backlash that hurts us all. “We need to be alert – the advances of the last few decades are fragile and should nowhere be taken for granted.“

The United Nations Human Rights Office on March 7 launched a joint report with the African Union and UN Women detailing the progress and challenges to women’s struggle for human rights in Africa, while the UN rights chief warned that the women’s movement around the world is facing a backlash that hurts both men and women.

Zeid added that it is “extremely troubling” to see recent roll-back of fundamental legislation in many parts of the world.

“Such roll-backs are “underpinned by the renewed obsession with controlling and limiting women’s decisions over their bodies and lives, and by views that a woman’s role should be essentially restricted to reproduction and the family.” 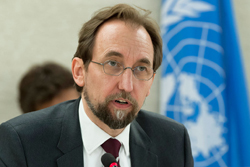 While such pushbacks are carried out in the name of tradition, Zeid noted that they are often a response to segments of society calling for change. Among examples he gave, he pointed to recent legislation in Bangladesh, Burundi and the Russian Federation, which weakens women’s rights to fight against child marriage, marital rape and domestic violence, respectively.

He noted also the “fierce resistance” in the Dominican Republic, El Salvador, Honduras and Nicaragua to political and civil society efforts to open up access to sexual and reproductive rights.

“With the world’s young population concentrated in developing nations, retrogressive measures denying women and girls access to sexual and reproductive health services will have a devastating effect,” Zeid said, noting more maternal deaths, more unintended pregnancies, fewer girls finishing school and the economic impact of failing to fully include women in the workforce.

“In short, a generation without choices and a collective failure to deliver on the promises of the 2030 Agenda for Sustainable Development,” he added, referring to the internationally agreed action plan for eradicating poverty while assisting all people and maintain the health of the planet.

“The women’s movement around the world is facing a backlash that hurts both men and women.” – UN Human Rights Chief

Meanwhile, Zeid praised women’s movements in countries such as Argentina, Poland and Saudi Arabia, where women and men took to the streets to demand change, but warned that “it is time to come together to protect the important gains of the past and maintain a positive momentum.”

Women as Active Agents of Change

In Africa, women continue to be denied full enjoyment of their rights in every country, according to a new report released on Mach 7 entitled Women’s Rights in Africa. Statistics show that some African countries have no legal protection for women against domestic violence, and they are forced to undergo female genital mutilation, and to marry while still children.

According to the report, however, in Africa – as around the globe – when women exercise their rights to access to education, skills, and jobs, there is a surge in prosperity, positive health outcomes, and greater freedom and well-being, not only of women but of the whole society.

“Human rights are not a utopian fairy-tale -they are a recipe for sound institutions, more sustainable development and greater peace,” Zeid wrote in the foreword to the report.

“When all women are empowered to make their own choices and share resources, opportunities and decisions as equal partners, every society in Africa will be transformed.”

Among its recommendations, the report calls on African governments to encourage women’s full and productive employment, to recognize the importance of unpaid care and domestic work, and to ensure women can access and control their own economic and financial resources.

The report stresses that women should not be seen only as victims but, for example, as active agents in formal and informal peace building processes. (Read the Full Report).