Half of World’s Civilian War Deaths Occurred in Syria, Iraq and Yemen 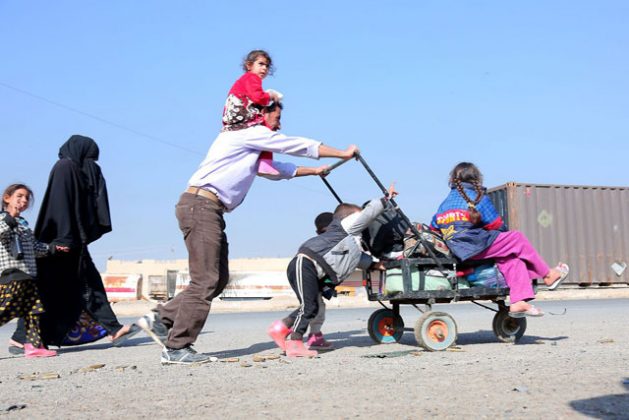 On the road going east from Mosul, people fleeing the fighting cross through Gogjali, a Kurdish village located on the way to Al Khazer displaced camp. Credit: CC BY-NC-ND / ICRC / ICRC / A. Qusay

ROME/GENEVA, Jun 20 2017 (IPS) - Between 2010 and 2015, nearly half of all civilian war deaths worldwide occurred in Syria, Iraq and Yemen, a major independent, neutral organisation ensuring humanitarian protection and assistance for victims of war and armed violence informs.

According to a new report ‘I Saw My City Die‘ by the International Committee of the Red Cross (ICRC), five times more civilians die in offensives carried out in cities than in other battles.

“Over the past three years, our research shows that wars in cities accounted for a shocking 70% of all civilian deaths in Iraq and Syria”, said the ICRC’s Regional Director for the Middle East, Robert Mardini.

“This illustrates just how deadly these battles have become. This is all the more alarming as new offensives get underway in cities like Raqqa in Syria, or intensify in Mosul, Iraq. A new scale of urban suffering is emerging, where no one and nothing is spared by the violence.”

The research findings are based on preliminary analysis of battle trends and data over the past three years in Iraq and Syria.

The report includes testimony from residents in Syria’s Aleppo, Iraq’s Mosul and Yemen’s Taiz, and expert analysis. It vividly illustrates the effects of siege warfare, the use of explosive weapons and the extensive damage caused to key infrastructure.

The conflicts in these countries have resulted in internal displacement and migration levels unprecedented since WWII, says the Geneva-based ICRC. 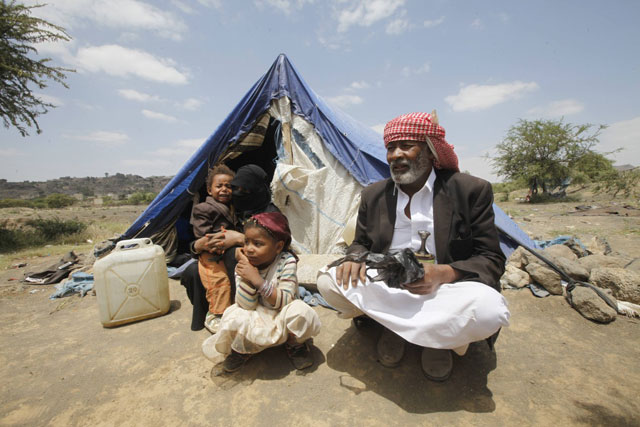 Ahmad Ali has just arrived home with a bag of Kudam, a local Yemeni bread. His dry lips tell of his fatigue and the difficult life he leads. He earns a pittance working as a cobbler. “I keep hoping we can soon go back to our home town and the peaceful lives we used to lead. Life here is very difficult. There is no water, no food, no medicine, and no stability,” he says. Credit: CC BY-NC-ND / ICRC / Mohammed Yaseen

More than 17 million Iraqis, Syrians and Yemenis have fled their homes. And these battles risk becoming even more protracted if real political solutions are not found soon, says the report.

Wars in cities are so devastating because of the way in which they are being fought. Armed parties are failing to distinguish between military objectives and civilian infrastructure – or worse, they are using or directly targeting them, it adds.

“It’s beholden on those with power to act. Warring sides must realise the full impact the fighting has on the people they ultimately hope to govern. Will the victors be able to keep the peace if people feel they have respected neither the law nor the basic humanity of local citizens? The consequences of this violence will resonate for generations and there is the very real danger that cities experiencing these conflicts will simply act as incubators for further violence in the future”, said Mardini.

“States supporting parties to conflict must also do their utmost to restrain their allies and ensure better respect for international humanitarian law. And once the guns fall silent, it is local people and organisations which must play a full part in the rebuilding of the communities.”

The report also considers Lebanon’s 15-year civil war and examines the lessons Beirut can offer to help ensure the recovery of urban communities after such overwhelming and protracted violence.

According to ICRC, findings on the proportion of civilian casualties in cities are based on preliminary research in the Iraqi provinces of Anbar, Ninewah and Salahuddin and Syrian governorates of Aleppo, Deir Ezzor, Rif Damascus and Damascus, based on data available between January 2014 and March 2017.