Lebanon Joins Jordan and Tunisia in Fight Against Rapists Impunity 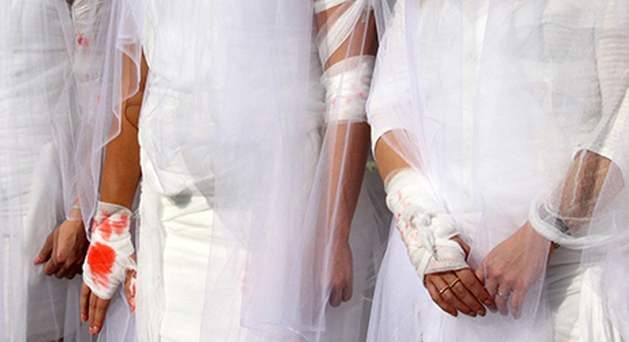 ROME, Aug 23 2017 (IPS) - The top United Nations human rights official hailed the repeal of laws in Lebanon, Tunisia and Jordan that used to allow rapists to avoid criminal prosecution by marrying their victims.

“To punish a rape victim by making her marry the perpetrator of a horrible crime against her – there is no place in today’s world for such hideous laws,” on 22 August said the UN High Commissioner for Human Rights, Zeid Ra’ad Al Hussein.

He welcomed the stand that lawmakers in Lebanon, Tunisia and Jordan have taken towards eliminating violence against women and ensuring that perpetrators of such violence are held to account.

“To punish a rape victim by making her marry the perpetrator of a horrible crime against her – there is no place in today's world for such hideous laws,” UN High Commissioner for Human Rights, Zeid Ra'ad Al Hussein.
According to the UN High Commissioner’s Office (OHCHR), on 16 August, Lebanon voted to repeal article 522 of its penal code, a law that exempted from criminal prosecution a person accused of rape who agreed to marry the victim.

The Tunisian law will come into effect next year. Tunisia has also established two human rights institutions this year dealing with human trafficking and improving the enjoyment of individual liberties and equality.

He noted, however, that in Lebanon, article 505 of the Penal Code continues to allow those accused of having sex with a minor to go free if they marry their victims, while article 508 allows for marital rape, and called for the article to be repealed and for marital rape to be criminalised. 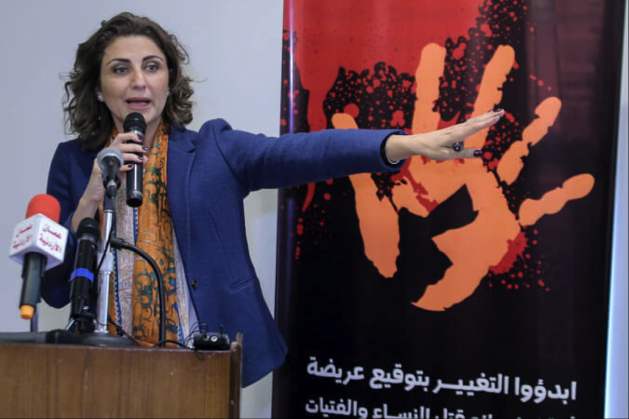 In the case of Jordan, the law until now allowed a rapist to avoid prosecution by marrying his victim for a minimum period of five years. However, the Parliament of Jordan on 4 August voted to abolish the so-called “rape law” of the Penal Code, UN Women, informed.

“The abolishing of article 308 is an important victory for the women’s movement in Jordan,” said Wafa Saed Bani Mustafa, a lawyer and Member of the Parliament (MP), currently serving as head of the Women’s Caucus and Chairperson of the Coalition of Women MPs to Combat Violence against Women the UN specialised entity reported.

The law eliminates impunity for perpetrators of violence, for example, by amending the article 227 of the penal code, which pardoned a perpetrator of a sexual act with a minor when the perpetrator married his victim. The passing of the law follows several years of advocacy efforts led by Tunisian civil society and national institutions, in collaboration with international organisations, including UN Women.

“My engagement began in 2013, when I started advocating for the abolishment of this article, along with a group of other parliamentarians while serving in Jordan’s 17th Parliament. I started this action because of my strong belief in the need to eliminate all forms of discrimination against women in our national laws, as I believe that Jordanian women are citizens with equal rights and duties.”

Emphasising the “continued trauma, fear and abuse that rape survivors endure when forced to marry their rapists,” civil society, parliamentarians and other actors formed a dedicated coalition in 2015. Together, they demanded the adoption of better legal measures to protect survivors of rape, sexual assault and harassment, and to punish the perpetrators to end impunity, adds UN Women.

“It is important to introduce the concept that marriage is not the only option for rape survivors,” added Mustafa. “Survivors should know that they can receive adequate physical and psychological support, that they can become financially independent and be reintegrated into the society.”

More than 200 activists and representatives of the civil society attended the discussion in Parliament on 2 August and circulated an online petition, which gathered 5,000 signatures from the public in one day, in support of this legislative reform, according to UN Women.

“Also invaluable was the contribution of the Jordanian National Commission for Women, the national women’s agency, headed by Princess Basma bint Talal, who is as well the UN Women’s National Goodwill Ambassador in Jordan.”

“The unfailing advocacy efforts of the Jordanian National Commission for Women, the joint action of the civil society and the continuous commitment of the women’s movement at all levels in the past years have paved the way for this historic reform, and continue to sustain the advancement of the women’s empowerment in Jordan,” said Ziad Sheikh, UN Women Representative in Jordan.

For its part, Tunisia made new strides by passing its first national law to combat violence against women, on 26 July this year.

The long-awaited legislation, which passed with 146 votes out of 217 and zero abstentions, takes a comprehensive approach by combining measures for prevention of violence and support for survivors, UN Women reports.

“As a Tunisian woman, I am very proud that this law has been adopted. This is the climax of the steps that began through the adoption of the Code of Personal Status in 1956,”said Naziha Labidi, Minister of Women, Family and Childhood.

It also provides for new protection mechanisms that will enable survivors to access the necessary services and legal and psychological assistance.

Furthermore, the law eliminates impunity for perpetrators of violence, for example, by amending the article 227 of the penal code, which pardoned a perpetrator of a sexual act with a minor when the perpetrator married his victim.

The passing of the law follows several years of advocacy efforts led by Tunisian civil society and national institutions, in collaboration with international organisations, including UN Women.

“Prior to this law, the only progressive legislation that promoted gender equality was the Code of Personal Status, which abolished polygamy, established the minimal age for marriage, introduced the requirement of mutual consent of both parties for a marriage, and created a judicial procedure for divorce.”

Pointing to several recent studies, including the national survey on violence against women in 2010, which estimated that nearly 50 per cent of Tunisian women have experienced violence in their lifetime, Member of Parliament, Bochra Belhaj Hmida said: “This is why the establishment of a legal framework against violence was needed.”

She also stressed on the importance of education within the family and from an early age to prevent such violence, adds UN Women.