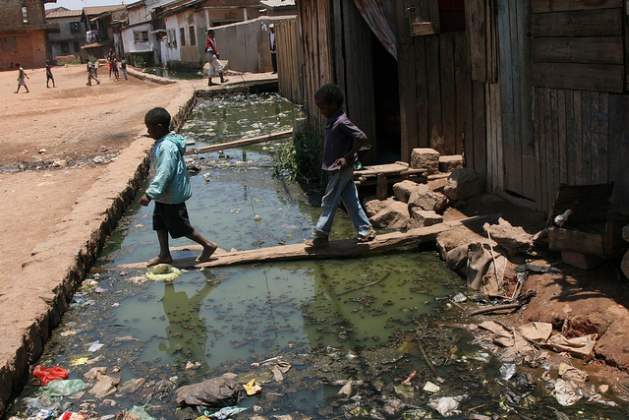 LONDON, Nov 16 2017 (IPS) - This weekend marks World Toilet Day (November 19)– and the news is disheartening. One in three people are still waiting for a toilet; still having to face the indignity and often fear of relieving themselves in the open or using unsafe or unhygienic toilets.

It is frustrating that the headline statistics have not made greater progress two years into the Sustainable Development Goals (SDGs), when having a toilet is such a fundamental boost to gender equality, as well as health, education and economic opportunity. 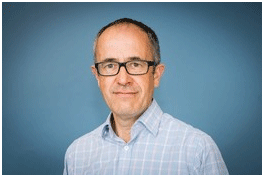 In ‘Out of Order: State of the World’s Toilets 2017’, WaterAid’s annual analysis based on WHO-Unicef Joint Monitoring Programme (JMP) data, we show that Ethiopia is now the worst country in the world for having the highest percentage of people without toilets, with a staggering 93% lacking access to basic household facilities. India remains the nation with the most people without toilets – 732.2 million people are still waiting for even basic sanitation.

Being denied access to safe, private toilets is particularly dangerous for women and girls, impacting on their health and education, and exposing them to an increased risk of harassment and even attack.

However, change is not happening fast enough.

The 10 worst countries for access to basic sanitation are all in sub-Saharan Africa, where progress has been abysmally slow. In 2000, 75% of people lacked access to even basic toilets; by 2015, this had only dropped to 72%.

Population growth and the huge numbers of people moving to cities where services can’t keep up means sanitation is falling behind; the number of people practising open defecation in the region has actually increased.

Ethiopia is now the worst country in the world for having the highest percentage of people without toilets, with a staggering 93% lacking access to basic household facilities. India remains the nation with the most people without toilets – 732.2 million people are still waiting for even basic sanitation.
Nigeria is among the countries where open defecation is increasing and is No. 3 in the world’s worst countries for the number of people without toilets. This comes at a heavy price: A WaterAid survey revealed one in five women in Lagos have experienced harassment or been physically threatened or assaulted when going for open defecation or using shared latrines. Anecdotal evidence suggests the problem may be underreported.

Rahab, 20, lives in a camp for internally displaced people in Abuja, where there are no decent toilets.

She said: “We go to the toilet in the bush. It is risky as there are snakes, and I have also experienced some attacks from boys. It is not safe early in the morning or in the night as you can meet anyone. They drink alcohol and will touch you and if you don’t like it, they will force you. If I see men when I go to the toilet, I go back home and hold it in.”

Imagine every time you need the toilet you are frightened. And what scares you is not only the threats you can see – any community without decent toilets is contaminated with human waste.

Diarrhoeal diseases linked to dirty water and poor sanitation and hygiene claim the lives of 289,000 children under 5 each year, while repeated bouts of diarrhoea contribute to malnutrition and stunting, causing impaired development and weakened immune systems.

Women who have suffered stunting are more likely to experience obstructions when giving birth. Poor sanitation and hygiene also increase the risk of infection during and after childbirth, with sepsis accounting for over one in ten of maternal deaths worldwide.

Girls are more likely to miss classes while on their periods when their schools don’t have private toilets, and the same goes for female workers in factories that don’t have decent facilities. None of this is acceptable and so much is preventable.

The world promised that by 2030 everyone will have a safe toilet, but at the current rate of progress, even the moment when everyone basic provision will be decades after that. Next summer, leaders will review progress on Goal 6 to ensure universal access to water and sanitation. As countries prepare for this, there needs to be a dramatic step change in ambition and action.

It is a no-brainer. For every $1 spent on water and sanitation, $4 is returned in increased productivity as less time is lost through sickness. We need governments and donors to acknowledge the importance of sanitation and make the urgent long-term investments needed.

Girls and women should feed into the decision making process to make sure the services meet their needs whatever their age or physical ability. And the issue of sanitation must be taken out of its cubicle – the health, education and business sector must realise that providing safe, accessible toilets to all within their premises is non-negotiable.

Only then girls and women be able to fully participate in their communities, enjoying the health, education and gender equality premiums brought by just being able to use a safe toilet.