But “my nomination is first and foremost pro-Palestinian, not anti-Israeli”, declared Moxnes, while arguing his case, in an interview with IPS.

The 13-year old Boycott, Divestment and Sanctions (BDS) movement is a fast spreading global campaign aimed at increasing political and economic pressure on Israel with the ultimate goal of Palestinian statehood.

Asked what convinced him to nominate the BDS movement for a Nobel Peace Prize, Moxnes singled out its goals, its achievements, and its growing widespread appeal fighting for the human rights of Palestinians.

“Our party has consistently supported all legitimate forms of struggles carried out to achieve justice for the Palestinian people for decades.”

“What fascinates us about the BDS campaign is that it is non-violent, legal, in line with international law and human rights and highly efficient at putting the struggle for Palestine back on the international agenda at an otherwise very difficult time for the Palestinian cause”.

He said it was also encouraging to see such a broad movement inspired by the anti apartheid campaign in South Africa, endorsed even by former Nobel Peace Prize laureates like Desmond Tutu and Mairead Maguire, peace activist from northern Ireland.

“We hope this nomination can help ignite an international campaign in favour of awarding the Nobel Peace Prize to the BDS movement that will change the way the international community think and act regarding the Palestinian people’s just claim for freedom and justice.”

As part of the backlash, Gilad Erdan, Israel’s Minister of Strategic Affairs, last week demanded that a German bank close an account that “enables BDS to raise funds to boycott the Jewish state and spread antisemitism”.

In an interview with the Jerusalem Post, he said: “I am leading an international campaign to defend Israel from the BDS movement’s hateful attacks against Israel’s right to exist”.

This stance against BDS, he said, “has been adopted by our close friends in Germany, including the CDU [Christian Democratic Union] and municipalities such as Berlin, Frankfurt and Munich. I call on the Bank for Social Economy to join the many German institutions, leaders and citizens who are uniting to reject the discriminatory and anti-semitic boycott movement against Israel,” he added.

According to the BDS website, “boycotts” include withdrawing support for Israel and Israeli and international companies that are involved in the violation of Palestinian human rights, as well as complicit Israeli sporting, cultural and academic institutions. 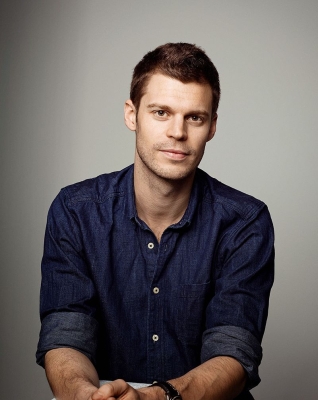 And the “sanctions” campaigns pressure governments to fulfil their legal obligation to hold Israel to account including by ending military trade, free-trade agreements and expelling Israel from international forums such as the UN and Federation of International Football Associations (FIFA).

With an international campaign against the nomination, what are the chances of BDS getting a Nobel?

Moxnes told IPS: “Our party has a critical attitude towards the Nobel Committee because of its long-standing bias in favour of Western geopolitical elite interests and its disregard of the will of Alfred Nobel to award the peace price to persons and organizations that fight for peace and demilitarization”.

However, he pointed out, there have been several important honourable exceptions to that rule, “and we have a realistic hope that our nomination of the BDS campaign can make it at least to the short list, published by the Nobel Committee towards the end of September. And let’s not rule out the possibility of actually achieving the Nobel Peace Prize either.”

“However, and this is a main point that I want to stress, the nomination has already created a positive campaign around the BDS movement, at a time when this movement is sought to be criminalized by Israel”.

If the supporters of justice for Palestine across the world come together to maintain this campaign in favour of rewarding the Nobel Peace Prize to the BDS movement, it can both re-legitimize the BDS movement and contribute to significantly increase the international pressure on the Israeli government to abide by international law, he noted.

Asked if the five-person Nobel committee will not shy away from what could be a highly controversial nomination, despite the fact that PLO leader Yassir Arafat shared the Nobel Peace Prize in 1994, Moxnes said: “Let’s not forget that the Nobel Committee simultaneously awarded the peace prize to Israeli prime minister Yitzak Rabin and Israeli foreign minister Shimon Peres, the latter considered the father of the Israeli atomic bomb.”

“So I don’t think it can be claimed that there has been any pro-Palestinian bias, that could justify ruling out a movement that fights for a peaceful and just solution to one of the world’s oldest and most bitter conflicts, through peaceful means. And the just solution for the Palestinians that the BDS movement is campaigning for is really key to achieve peace and stability also in the broader Middle East, something the whole humanity will benefit from. So the BDS really has all it takes to be a worthy Nobel Peace Prize laureate”, he declared.

Asked how much of political support the BDS nomination has in Norway itself, Moxnes said: “The current Norwegian government is closely allied to the USA and seems to be more eager to please the USA and its ally in Tel Aviv, than to uphold a principled stance on international law and human rights”.

Hence the success of this campaign in favour of awarding the Nobel Peace Prize to the BDS movement depends on the active participation of a broad international movement.

On the other hand, he said, there is broad support for the just claims of the Palestinian people among Norwegians. The Norwegian Confederation of Trade Unions, a massive player in Norwegian politics, firmly supports the Palestinian cause and voted in favour of implementing BDS measures against Israel last December. Among political parties and NGOs, there is also a lot of support for Palestinian rights.

Asked to respond to Israeli charges that BDS is an “anti-semitic movement”, he said: “One of the things we appreciate about the BDS movement is that it clearly is not hostile towards Jews in general. Actually many progressive Jews and Jewish organizations actively supports the BDS movement”.

This is important for our political party, that consistently reject any kind of racism, including anti-semitism, he added.

“We want a Middle East where Jews and Palestinian can live side by side in peace and security. A non-just and non-violent way towards the just claims of the Palestinian people would be a necessary step towards that end,that would also benefit the Jewish population,” he said.

The Nobel Committee usually publishes a shortlist of nominees by the end of September. The laureates are chosen and announced in October, and the Nobel Peace Prize is awarded on December 10 in Oslo, Norway.