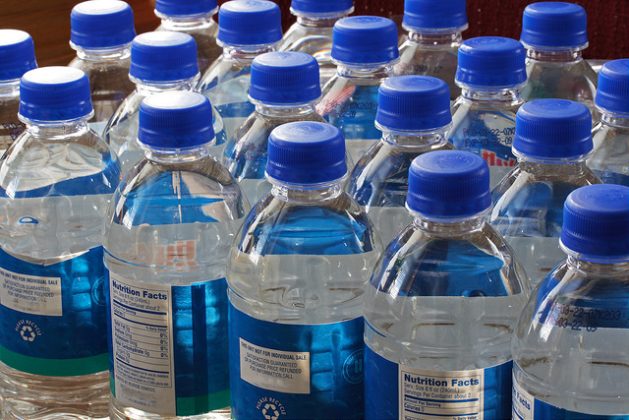 While Cape Town may be in the spotlight, more and more urban centres, especially in Africa, are facing or on the brink of a similar crisis. Credit: Bigstock

JOHANNESBURG, Mar 20 2018 (IPS) - April 12 is expected to be the infamous “Day Zero” in South Africa’s second largest city of Cape Town, a tourist hub which attracts millions of visitors every year.

Just last year, the city reported a record-breaking increase in its tourist arrivals, with a slew of attractions that include Table Mountain Cableway, Robben Island and Cape Point — overall, about 28 percent more visitors than the previous year. Tourism provides more than 300,000 jobs in South Africa’s Western Cape Province, but they could soon be under threat as a water crisis threatens to put paid the city’s booming service industry.

“In some places there is too little water, in some there is too much, and almost everywhere the water is dirtier than we would want. " --Jens Berggren of SIWI

Among a slew of new rules as taps began to close, residents are now being forced to limit their water use to as little as 50 liters a day — in other words, bathe for a few seconds and flush the toilets once a day — or face stiff penalties

Patricia de Lille, the mayor of South Africa’s troubled “Mother City”, recently warned that the time to beg residents to save water had elapsed, meaning the city would now force residents to comply. Businesses, including hotels, are also not being spared the stringent water rationing measures.

Sisa Ntshona, head of South Africa’s tourism marketing arm, recently told the press that although tourists were still welcome in Cape Town, they were expected to save water “like locals” due to the fast-drying of the city’s water sources, which stood at 19 percent of their total capacity last week, following months of droughts.

City experts warn that without a substantive amount of rain within the next few months, Cape Town could run out of water by July 9.

That would grossly affect South Africa’s economic prospects. Tourism contributes more than 3 billion dollars to the Western Cape’s coffers every year, according to the Tourism Business Council of South Africa.

Population growth, drought and climate change are among the key causes of the water crisis, according to a report from Groundup, a joint project of Community Media Trust and the University of Cape Town’s Centre for Social Science Research, who state that since 1995 the city’s population has grown 79 percent, from about 2.4 million to an expected 4.3 million in 2018. Over the same period dam storage has increased by only 15 percent.

The Berg River Dam, which began storing water in 2007, has been Cape Town’s only significant addition to water storage infrastructure since 1995. Its 130,000 megalitre capacity is over 14 percent of the 898,000 megalitres that can be held in Cape Town’s large dams. Had it not been for good water consumption management by the City, the current crisis could have hit much earlier, adds the organisation.

Cape Town is in the middle of a drought, with decreased rainfall during the past two years for Theewaterskloof, the dam supplying more than half our water, adds the report.

While Cape Town may be in the global spotlight at the moment, the water crisis is not limited to the South African city, as more and more urban centres, especially in Africa, are facing or on the brink of a similar crisis.

The African non-governmental organization, the Water Project, estimates that at any given time, half of the world’s hospital beds are occupied by patients suffering from diseases associated with lack of access to clean water. The number rises to about 80 percent in developing countries.

Beyond natural causes and consumption levels, experts say that water waste, poor water conservation policies and lack of political goodwill are some of the main reasons behind the water crisis afflicting most major cities.

South Africa, for example, is losing 37 percent of its water supply through leaks across its many cities, according to a 2017 GreenCape market intelligence report.

“The main cause of water crises in urban centres, and in almost every place, is poor water management,” Steven Downey, Global Water Partnership Head of Communications, told IPS.

“Sure, droughts are bad, but they are not impossible to deal with. It takes a combination of planning, prevention, and mitigation, not waiting until the crisis actually happens. Global Water Partnership calls for action in three areas: participation (involve stakeholders in decision-making), integration (taking into account all sectors), and finance (provide money for infrastructure and for good governance of the resource),” he said.

Jens Berggren, the Director of Communications for the Stockholm International Water Institute (SIWI), notes that there are several different types of water crises in urban centres across the world and in Africa.

“In some places there is too little water, in some there is too much and almost everywhere the water is dirtier than we would want. With so many different types of water challenges it is impossible pinpoint the main cause,” says Berggren, who also notes that mismanagement is one of the causes.

There is also increasing water variability, especially in the transition areas between wetter and dryer climate zones (very roughly around 10 degrees and 30 degrees north and south of the equator), adds Berggren.

There is also an increase in both the frequency and the intensity of extreme water and weather events, like downpours and droughts, increasing the need for both governance and infrastructure, while great inequality within urban areas in Africa and elsewhere — where some citizens are well served with and protected from water while others are struggling to get by on small and variable amounts of unsafe drinking water and get unsanitary floods when it rains — are also some of the causes.

Ways of alleviating the problem depend a lot on the local situation.

“Generally, improvements in governance and infrastructure need to go hand in hand, one without the other doesn’t work. The scope and size of the challenge also varies a lot,” Berggren said.

“In places with very unequal water situations, some citizens must be incentivized to reduce their water use while others are encouraged to increase theirs (in order to stay healthy),” adds the SIWI official, who says in some places supply and demand doesn’t match up over the year, for example during short but intense rainy seasons. That means different methods and techniques exist for storing water.

Where current demands exceed supplies, the possibilities for managing demand may include tiered pricing and expanding supply- transferring water from other basins, looking for new sources like ground- or rainwater, or treating “wastewater” for reuse. In view of the rising water variability, good water management will increasingly be about planning for the unexpected.

“There is a lot to be learned but also a lot to be taught. Experiences and knowledge from urban water management in Africa seems increasingly sought after. For example, water reuse was pioneered in Windhoek, Namibia, and there is a huge interest in how Cape Town has managed the current drought but also in how they managed to reduce the water intensity – per capita as well as per economic activity, of the city before that,” says Breggren.

“Once again, it is impossible to generalize, but a lesson that I think and hope is dawning on the western and northern parts of the world is that there has been overreliance on and overconfidence in infrastructure made of concrete and metal. Working with nature, e.g. avoiding floods by having spongy surfaces in and around cities, using so called green infrastructure or nature-based solutions is becoming more important. The key here is of course to know when to use what how and having governance structures (institutions, laws, guidelines, etc.) that allows and supports both kinds of infrastructure. I am sure that this is an area where African cities could both learn and lead the way.”

While Cape Town’s water problems have attracted international headlines, South Africa’s northern neighbor, Zimbabwe, has silently lived with a serious water crisis for more than two decades. Zimbabwe’s capital city, Harare, has for close to two decades struggled with water  purification problems that resulted in a serious outbreak of typhoid fever a few years ago.

The country’s second largest city, Bulawayo, is forced to ration its water supply almost every year, due to siltation in its supply dams, all located in the drought-stricken southern parts of the country.

A recent BBC report warned that 11 other cities in the world, which include Sao Paulo (Brazil), Cairo (Egypt) and Beijing China, could be headed to equally stormy waters. It would therefore, be fundamental for the city authorities to heed the advice from experts.