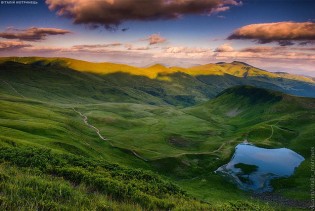 By Mario Osava
Mutual collaboration and coordination among the various stakeholders are tools to accelerate the actions necessary to meet the 6th Sustainable Development Goal (SDG) in the 2030 Agenda, which states the need to ensure access to clean water and sanitation for all.

By Edgardo Ayala
The countries of Central America are striving to define a plan to promote the sustainable use of water, a crucial need in a region that is already suffering the impacts of climate change.

By Paula Fray
Valuing water is more than simply assigning costs to a scare resource - it is an essential step for transforming water governance to meet the needs of a prosperous future.

By Baher Kamal
Water--everybody talks about it, warns against its growing scarcity, excessive waste, the impact of climate change, the frequent severe droughts and so on. Now, a global action network with over 3,000 partner organisations in 183 countries comes to unveil the dangerous nexus between water, employment and migration, in particular in the Mediterranean region.

By Paula Fray
Amid the worst drought in a century, South Africans are kick-starting a global consultative process to agree on the values of water in a bid to ensure more equitable use of the finite resource.

Water: An Entry Point for SDG Implementation in Myanmar

By Dr. Alice Bouman-Dentener
All people, economies, and ecosystems depend on water. Yet water is often taken for granted, overused, abused, and poorly managed. The way we use and manage water leaves a considerable part of the global population without access, and threatens the integrity of ecosystems that are vital for a healthy planet and people.