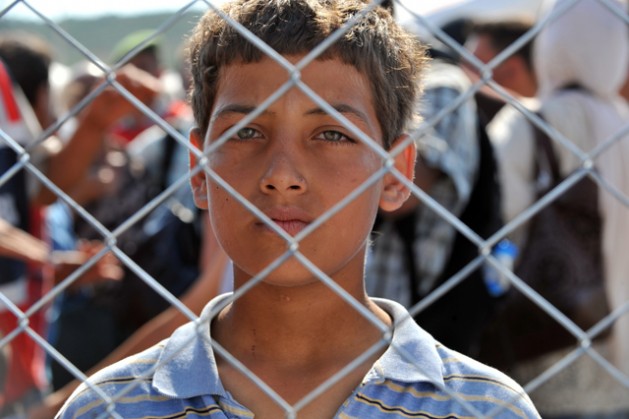 ROME, May 30 2017 (IPS) - Water–everybody talks about it, warns against its growing scarcity, excessive waste, the impact of climate change, the frequent severe droughts and so on. Now, a global action network with over 3,000 partner organisations in 183 countries comes to unveil the dangerous nexus between water, employment and migration, in particular in the Mediterranean region.

The Water-Employment-Migration nexus triggers a multi-faceted crisis posing major socio-political, economic and environmental risks in several regions (Africa, Asia, Europe), with the Mediterranean being in the eye of the cyclone, warns in fact the Global Water Partnership (GWP).

The Mediterranean is not only among the most arid regions in the world–parts of the region face a persistent economic crisis, socio-political instability, conflicts and large-scale migratory movements, often under dramatic conditions, putting further stress on the available water resources, adds this global network, whose partners work to make water a top policy priority.

Moreover, a recent GWP-led Regional Roundtable in Tunis highlighted several pressing facts, such as the eagerness of 25 per cent of the youth population in the Middle East and North of Africa (MENA) to migrate and seek for a better future away from home.


“25 per cent of the youth population in the Middle East and North of Africa are eager to migrate and seek for a better future away from home.”
Youth unemployment in the region is at a global high, and it is the main driver for both males and females to migrate, GWP informed, adding that female youth is in an even more disadvantaged position suffering the triple burden of gender, age and skills mismatch.

No wonder. The leading United Nations agency in the fields of food and agriculture has recently revealed a set of alarming key facts about the dramatic water shortage in the region, specifically in the Middle East and North of Africa countries.

In fact, the Near East and North Africa fresh water resources are among the lowest in the world: they have decreased by two thirds during last 40 years and are expected to fall over 50 per cent by 2050, the UN Food and Agriculture Organization (FAO) has reported.

Should these facts not be enough, the specialised agency also informs that 90 per cent of the total land in the region lies within arid, semi/arid and dry sub/humid areas, while 45 per cent of the total agricultural area is exposed to salinity, soil nutrient depletion and wind water erosion.

At the same time, agriculture in the region uses approximately 85 per cent of the total available freshwater, while over 60 per cent of water resources in the region flows from outside national and regional boundaries.

Add to all the above that fact that groundwater, which has become a significant source of water across the region, and which is the basis for the rapid growth of new agricultural economies in the Arabian Peninsula, is now also experiencing significant depletion, according to FAO.

“The considerable degradation of water quality is accelerating, along with competition for water between all sectors.”

The cause of higher temperatures, droughts, floods and soil degradation, climate change will impose a further threat to the region’s water resources and food security,” the UN agency warns, adding that the decrease in production that this situation is likely to cause, could contribute to increasing the region’s current dependence on cereal imports. 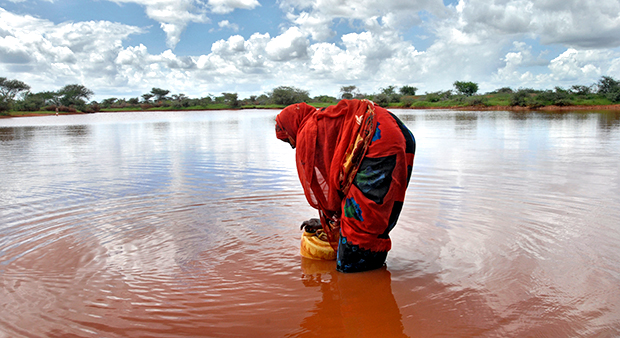 “Water Scarcity – One of the greatest challenges of our time – FAO. Credit: FAO

Experts from 13 institutions and organisations across 10 countries gathered in GWP-led Regional Roundtable in Tunis last December to elaborate on the linkages among water insecurity, enduring unemployment and increasing migration in the Mediterranean, emphasising also on youth and gender challenges.

The Roundtable discussions made evident that education is strongly correlated with employment and the MENA youth do not have the skills desired for employers.

“Designing tailored training programs to bridge this gap can gradually help decrease the unemployment ratio in the region, and improve female employability. Such training and educational programs will be among areas of focus in the development of the regional program on Water-Employment-Migration.”

Furthermore, the need to assist national and regional authorities in setting the needed institutional and regulatory ground for related successful measures was pinpointed, according to GWP.

“Development of strategies and action plans and/or operational mainstreaming of related considerations in existing national processes should assist in addressing the root causes of unemployment and migration and effectively contribute to water security in the Mediterranean. Synergies should be sought with neighbouring regions/countries that are migration-origins (in Africa, Asia) as well as destination countries (in Europe).”

The GWP network provides knowledge and builds capacity to improve water management at all levels.

The Water We “Eat”

Meanwhile, FAO also informs that the ‘water we eat’ daily through the food we consume is much more than what we drink, FAO informs, while providing some examples: Did you know depending on the diet, we need 2 000 to 5 000 litres of water to produce the food consumed daily by one person?

“As the global population is estimated to reach 10 billion people by 2050, demand for food is expected to surge by more than 50 per cent. Evidence suggests that two-thirds of the world population could be living in water-stressed countries by 2025 if current consumption patterns continue.”

Agriculture is both a major cause and casualty of water scarcity. Farming accounts for almost 70 per cent of all water withdrawals, and up to 95 per cent in some developing countries, the UN specialised agency reports.

Water scarcity is expected to intensify as a result of climate change, it adds, while informing that it is predicted to bring about increased temperatures across the world in the range of 1.6°c to as much as 6°c by 2050.

“For each 1 degree of global warming, 7 per cent of the global population will see a decrease of 20 per cent or more in renewable water resources.

Last but not leas, the UN agency also informs that each year, one-third of world food production is either lost or wasted — that translates into a volume of agriculture water wasted equal to around three times the volume of Lake Geneva.