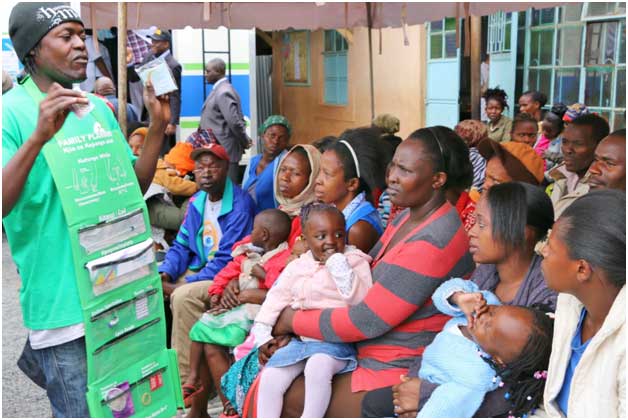 NAIROBI, Kenya, Jul 11 2018 (IPS) - Fifty years ago at the International Conference on Human Rights, family planning was affirmed to be a human right. It is therefore apt that the theme for this year’s World Population Day is a loud reminder of this fundamental right.

It is a right that communities especially in Africa have for long held from its youth, with parents shying off from the subject and policymakers largely equivocal. The result is that the continent has the highest numbers of teenagers joining the ranks of parenthood through unintended pregnancies.

The statistics are disquieting: as per the Kenya Demographic and Health Survey (KDHS 2014), one in every five adolescent girls has either had a live birth, or is pregnant with her first child. Among the 19-year olds, this doubles to two out of ten. In a recent study, six out of ten girls surveyed in two Nairobi slums reported having had an unintended pregnancy.

Among sexually active unmarried adolescents, only about half use any form of contraceptives, yet only one in three women and one in four men, per the same study, knew the correct timing regarding when a woman is likely to get pregnant.

The World Population Day should awaken us all to the critical role of those in authority in ensuring children grow up not only in an atmosphere of love and understanding, but also that they live to their full potential.

Young mothers are four times more likely than those over 20, to die in pregnancy or childbirth, according to the World Health Organization. If they live, they are more likely to drop out of school and to be poor than if they didn’t get pregnant. And their children are more prone to have behavioral problems as adolescents, which means they are also more likely to stay poor. This cycle of poverty has to be stopped.

Unfortunately, ideological and cultural fault lines appear every time discussions about teaching the youth about taking responsibility for their sexual and reproductive health.

As debates continue, the toll is unrelenting, with complications in pregnancy and childbirth being the leading cause of death among adolescent girls in developing countries. The rate of new HIV infections among adolescents is rising, from 29% in 2013 to 51% in 2015.

The traditional role of families and communities as primary sources of reproductive health information and support has dissipated, replaced by peers and social media. Though the National Adolescent Sexual and Reproductive Health Policy of 2015 aims to address young people’s health and well-being, help realise gender equality and reduce inequalities, much remains to be done to implement the good intentions of the policy.

Yet evidence from many countries has shown that structured, age appropriate sexuality education provides a platform for providing information about sexuality and relationships, based on evidence and facts, in a manner that is positive, that builds their skills.

Scientific evidence shows that when young people are empowered with correct information they are less likely to engage in early or in unprotected sex. This is attributable to the fact that they can undertake risk analysis and make informed decisions.

The ultimate goal for Kenya’s population programmes should be anchored on the demographic dividend paradigm. In short, in which areas should we invest our resources so that we can achieve the rapid fertility decline that can change the age structure to one dominated by working-age adults?

Countries such as the Asian Tigers, that have achieved rapid economic growth have strong family planning programmes that help women to avoid unplanned pregnancies and have the smaller families. Family planning is a key tool for reducing poverty since it frees up women to work and leads to smaller families, allowing parents to devote more resources to each child’s health and education. 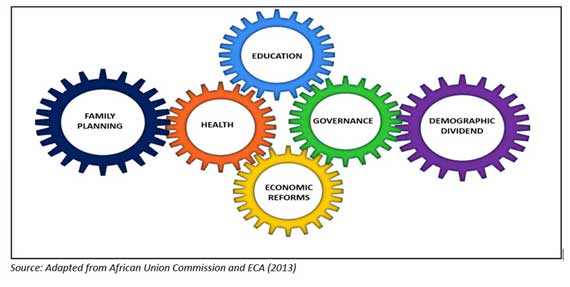 First, we must make the obvious investments in reproductive health information and services for all who need them. The other key enablers for the demographic dividend window of opportunity include quality education to match economic opportunities, investing in the creation of new jobs in growing economic sectors and good governance

Second, education, especially for girls, increases the average age at marriage and lowers family size preferences. However, it must also be education that aims to promote the supply of a large and highly educated labour force, which can be easily integrated into economic sectors.

Third, Kenya must therefore identify the skills that are specific to the country’s strongest growing economic sectors, such as agriculture and manufacturing.

Finally, combining sound health and education policies with an economic and governance environment that favours capital accumulation and investment will move Kenya closer towards experiencing the economic spur of the demographic dividend.

As the country takes strides towards the achievement of Agenda 2030 on Sustainable Development Goals targets, all stakeholders including the United Nations, the government of Kenya, faith based communities, parents and others should all work together to empower adolescents and young people for positive health outcomes.

Young people are the backbone of this country and we owe them the best investment for the future through a multi-sectoral approach. Failure to do that means any national transformative agenda, including the SDGs and the Big Four, will be difficult to achieve.

Josephine Kibaru-Mbae (@NCPDKenya) is the Director-General, National Council for Population and Development, Govt of Kenya. Siddharth Chatterjee is the United Nations Resident Coordinator in Kenya.