Deaf or Dead? The Unbearable Choice for some TB Patients

CAPE TOWN, Oct 3 2018 (IPS) - Like death, hearing loss is irreversible. I never imagined that I would have to choose between the two until seven years ago when I became infected with tuberculosis (TB), a contagious disease caused by an airborne bacterium. 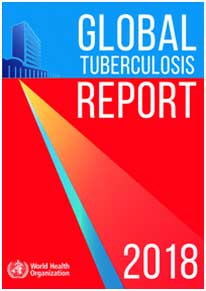 TB is curable, but some strains are resistant to first line treatment, which can be the beginning of a nightmare for the infected person, as I found out in 2010. I was in the first year of undergraduate studies at the Cape Peninsula University of Technology in South Africa. Life was normal. I had normal conversations with people. I listened to music and watched TV shows with no subtitles. I could hear.

Things changed when I began losing weight, rapidly enough to raise questions in my mind, I went to a doctor. After several rounds of testing, all of which came up negative for any serious ailments, the doctor recommended a chest X-ray. It showed that I had TB.

I took the prescribed medications but over time, the doctors were concerned that I was getting worse instead of improving. Another test showed that I had MDR-TB. The doctors said I would need to take up to 25 tablets a day for two years, including an injection called Kanamycin. That I would take once a day for at least six months. My normal life turned into distant memories.

I was a willing patient immediately, taking the treatment exactly as the doctors instructed. Kanamycin is a powder, to which water is added before it is injected into the muscle through a syringe. The sharp pain when the needle makes contact is nothing compared to the fiery feel of the drug entering the body. I endured it every day for four months until they were stopped for the worst possible reason.

I woke up one morning and something felt different but I could not immediately put my finger on what it was. Then I went to the bathroom; there was no sound of flushing toilet or water running from the tap. I reported this to the nurse and, as she talked back to me, I realized I could not hear her. My confusion deepened as I could not hear what I was saying either – could not hear my own voice!

I subsequently learned that I had extensively drug-resistant (XDR) TB and that the kanamycin that had made me deaf did not work against the strain I had. I learned to lip read. I deleted the music on my phone. I found TV shows that had subtitles. This was my world for five years after I my TB was cured. When I became deaf my TB worsened. I was told I had Pre-XDR TB.

After an extended hospital stay and surgery, during which time I had suffered a broken rib and collapsed lung, I was discharged with directives to take my Pre-XDR tablets at home. Few months later I was told the medication was ineffective and that my chance of surviving was only 20 Percent.

I contemplated learning sign language but could not make myself do it. I was not ready to confront my deafness then. Research convinced me that my hear loss was permanent and irreversible and I discovered cochlear implants. I despaired at the expense at first but succeeded at fundraising to cover the cost- over US$42,000 with help from the TB advocacy community.

It is a tragedy to me that although TB is preventable and treatable, it is also the leading cause of death in South Africa, and often life altering condition for those who survive.

TB made nearly half a million South Africans sick in 2016 and caused more than 33,000 deaths. More attention from the government is needed to reduce ongoing transmission, ensure rapid testing for drug resistance in all patients being evaluated for TB, expand access to new drugs and identify and treat those infected with the TB bacteria before they become sick.

Although we can and must do more with the tools we have, investing in research for better drugs and diagnostic tools is essential to defeat TB.

I hope for these changes in 2018 and I am counting on our leaders to make them happen following their presence and their strong commitments at the United Nations High-Level meeting on TB, alongside the General Assembly in New York on September 26.

I am now back at the University of Cape Town. I can socialize, watch TV shows with no subtitles and listen to music again.

In a world of difficult choices, taking bold steps to end a preventable and curable disease like TB should be an easy one by far. Worldwide, it would prevent extreme suffering and financial ruin for hundreds of thousands like me.