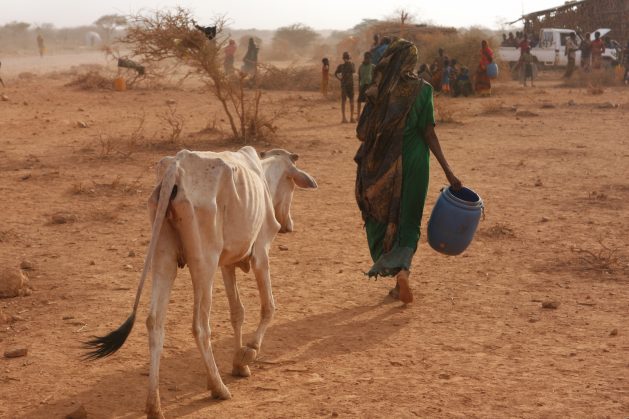 Ethiopia is not an industrialised country but is looking at alternative economic activity that allows a low-carbon economy and means of living. Credit: James Jeffrey/IPS

ADDIS ABABA, Oct 15 2018 (IPS) - As Ethiopia undergoes a period of unprecedented change and reform, the Global Green Growth Institute(GGGI) is partnering with the Ethiopian government to try and ensure this vital period of transition includes the country embracing sustainable growth and avoiding the environmental mistakes made by Western nations.

The basis of this effort comes from GGGI supporting the Ethiopian government in the development and implementation of its Climate-Resilient Green Economy (CRGE), a strategy launched in 2011 to achieve middle-income status while developing a green economy.

As elsewhere in Africa where GGGI is partnering with other member countries—Ethiopia was the first country to sign up among the current group of 10—the goal is to act now to enable countries to have a future comprising economic growth and poverty reduction while building resilience, promoting sustainable infrastructure and ensuring efficient management of natural resources.

“Countries like Ethiopia aren’t industrialised, so they have a chance to leapfrog in their development that means they wouldn’t follow us and make the mistakes we did when we industrialised,” Dexippos Agourides, GGGI’s head of programmes for Africa and Europe who is based in Addis Ababa, tells IPS. “We are talking about an alternative economic activity that allows a low-carbon economy and means of living.”

The global effort toward green growth gained momentum after the Paris Agreement in which signatories agreed to collectively tackle climate change through the mechanism of implementing nationally determined contributions (NDC), a country’s tailored efforts to reduce its emissions and enable it to adapt to climate change-induced challenges.

“The government has made big commitment and set very ambitious targets, so even if they only go halfway to their targets that would still be a significant achievement,” Agourides says. “There are big gaps in the plan, which is where we come in to accompany the government in this ambition.”

Their main effort is to ensure CRGE strategies and financing go toward six sectors identified as key for green growth: energy, reducing emissions from deforestation and degradation, agriculture (land use and livestock), green urbanisation and cities, transport, industry and health. 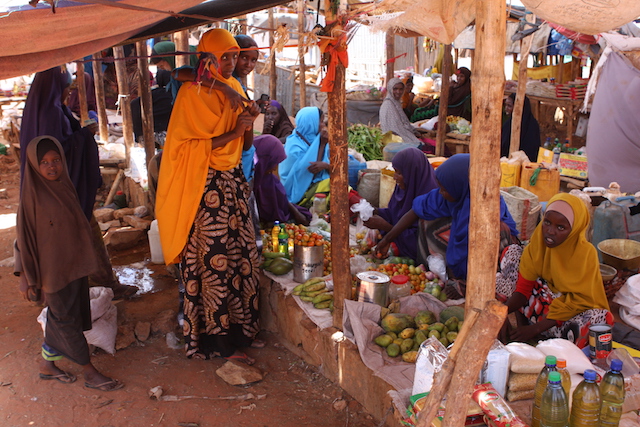 Ethiopia’s goal is to act now to enable it to have a future comprising economic growth and poverty reduction while building resilience, promoting sustainable infrastructure and ensuring efficient management of natural resources. Credit: James Jeffrey/IPS

One example of how this looks on the ground is Ethiopia’s programme of building industrial parks becoming greener, through schemes such as waste sludge from factories being used by other industries.

Another example is Ethiopia’s ambitious programme of reforestation and management of existing forest cover, which had reduced from covering about 35 percent of the country a century ago to around 3 percent in 2000—it’s now back up to around 15 percent.

GGGI is also working with the government on adaptation plans for areas prone to drought and flash flooding that appear increasingly volatile due to climate change.

“We look at past patterns and predict who suffers and how, so we can make plans so people are not hit,” says Innocent Kabenga, GGGI’s country representative for Ethiopia.

At the same time, Kabenga notes, methods such as reusing water, hydro-power, wind and solar are all being considered as means of mitigating Ethiopia’s carbon footprint. Such a plethora of renewable energy options comes from Ethiopia having one of the most complex and variable climates in the world due to its location between various climatic systems and its diverse geographical structure.

When it comes to the often-contentious issue of more foreign funds going to Ethiopia—already one of the world’s biggest recipients of overseas aid—those at GGGI point out that it is not necessarily a case of more funds but making sure existing funding go to the right place.

At the same time, there is no getting around the financial costs involved, both for Ethiopia’s green growth goals—in 2017, GGGI helped Ethiopia access USD 135 for its programme reducing emissions from deforestation and degradation, as well as access the Green Climate Fund—and for GGGI. Its budget comes from a mixture of developed and developing countries such as the United Kingdom, Australia, Mexico and Indonesia, a geographic spread reflecting the nature of the challenge that GGGI is engaged with.

“These are issues that have no boundaries, that no one country can solve, which is why we need to implement these national agreements that will help the world to survive,” Kabenga says. “Western countries have more money, and it their actions [contributing to climate change] that have affected the developing world.”

Despite governmental willingness, those at GGGI acknowledge much more is needed to turn words into concrete actions, especially within the complex context of Ethiopia’s federal democracy that devolves significant power to each region.

Furthermore, each ministry involved in the CRGE must do its job, and the government policy at the federal level must be successfully transmitted to Ethiopia’s regional governments—who must then do their bit.

Tying all that together—and as the country is going through one of its most significant political upheavals in 27 years as a new prime minister attempts to initiate significant reforms throughout government and society—is no easy thing, Agourides acknowledges. But if it can be done, then the economic and environmental benefits for Ethiopia could be huge, while allowing it to avoid the pitfalls elsewhere of growth at any cost that has done untold damage to this precious planet.

“Ethiopia stands at the top of least developed countries in terms of commitment, engagement and awareness,” Agourides says. “But implementation is the issue given the size and complexity of the country.”