“No One Listened to Us!” The Ixiles of Guatemala

Stockholm/Rome, Dec 17 2018 (IPS) - According to the Mexican Interior Ministry more than 7,000 Central American migrants have during the last month arrived at the US-Mexico border. Despite warnings by officials that they will face arrests, prosecution and deportation if they enter US territory, migrants state they intend to do so anyway, since they are fleeing persecution, poverty and violence. This is not new, in 1995 I visited Ixil and Ixcan, two Guatemalan areas mainly inhabited by Ixiles. My task was to analyse the impact of a regional development programme aimed at supporting post-conflict indigenous communities. United Nations has estimated that between 1960 and 1996 more than 245,000 people (mostly civilians) had been killed, or “disappeared” during Guatemalan internal conflicts, the vast majority of the killings were attributed to the army, or paramilitary groups. 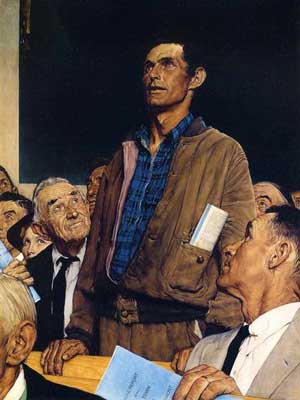 A rainy day I visited a camp for returnees. After living in Mexico, Ixiles were awaiting land distribution. Behind wire and monitored by soldiers, they huddled among their meagre belongings, sheltered by plastic sheets stretched across wooden poles. They expressed their hopes for the future. They wanted to be listened to, allowed to build up their villages, gain respect and become accepted as coequal citizens in their own country. While asked what they wanted most of all, several returnees answered: “We need a priest and a church.” I wondered if they were so religious. “No, no,” they answered. “We need to rebuild our lives, finding our place in the world, be with our ancestors. The priest will make us believe in ourselves and trust in God. That will give us strength. We need a church so we can build our village around it. We all need a centre and every village needs one as well.”

Ixil tradition emphasizes the importance of land and ancestry. A few days before my visit to the camp I had interviewed an aj’kin, a Maya priest. Aj means “master of” and kin “day”. Aj´kines perform rituals and keep track of the time – the past, the present and the future. Like many old Ixiles the aj´kin did not speak any Spanish and the Ixil engineer who accompanied me translated his words. The engineer suggested that I would ask the aj´kin to “sing his family”. The old man then delivered a long, monotonous chant, listing his ancestors all the way back to pre-colonial days. When I asked him what the singing was about the aj´kin explained: “The world belongs to those who were here before us. We only take care of it, until we become one of them. All the ancestors want from us is that we don´t abandon them, making them know that we remember them. Memory and speech is the thread that keeps the Universe together.”

In the camp, Ixiles told me they had been ignored for hundreds of years and that this was the main reason for the violent conflict. Uniformed men had arrived in their villages and first, people had assumed they were government soldiers, becoming enthused when the strangers declared that it was time for Ixiles to have their voices heard, their wishes fulfilled. However, the “liberators” could not keep their promises. They did not represent the Government, they were guerilleros, proclaiming they had “freed” the peasants, when all they had done was to “speak a lot” and create “revolutionary committees”, only to retreat as soon as the Government troops arrived. These were much stronger and more ruthless than the guerilleros and stated that Ixiles had become “communists”. They murdered and tortured them, burned their fields. What could they do? They asked their Catholic priests for help, but the Government accused the Church of manipulating them through its ”liberation theology”; by preaching that Jesus had been on the side of the poor. The soldiers even killed priests. One woman told me that she and her neighbours one morning had found the parish priest’s severed head laying on the church steps. Some peasants joined the guerrilla, others organized militias to keep it at a safe distance:

“Some of the guerilleros were our own sons and daughters, but what could we do? As soon as guerrilleros appeared and preached their socialism, the army arrived, killing us. The guerrilleros were not strong enough to fight the soldiers. We were left to be slaughtered. The only solution we could find was to arm ourselves and with weapons in hand ask the guerrilleros to stay away from our villages. However, all over the world they declared that we were supporting a corrupt and oppressive regime. We found ourselves between two fires, solutions were almost non-existent. No one listened to us”

A Catholic priest living in the camp explained: “They tend to be very religious, but their faith is mostly about human dignity. Ixiles want to be masters of their lives. They need to be listened to. Every day I sit for hours listening to confessions. They talk and talk. It makes them content when someone is listening to them. This is one of the problems we Catholics face. Ixiles are abandoning our faith for the one of the evangelicals.”

For centuries the Church had told Ixiles what to do, but finally both Catholics and peasants had been persecuted. In 1982, under the presidency of Ríos Montt, violence reached its peak. A scorch earth campaign lasting for five months resulted in the deaths of approximately 10,000 indigenous Guatemalans, while 100,000 rural villagers were forced to flee their homes, most of them over the border, into Mexico. Ríos Montt was a “born-again Christian” and in the aftermath of the violence evangelical sectarians appeared in the Ixil areas. Many of the remaining Ixiles became evangelicals, stating this was their only way to avoid persecution and come in contact with the “High Command” of the unconstrained army forces.

The loudspeakers of evangelical churches amplified their voices, allowing Ixiles to confess their sins and praise the Lord. However, were their voices finally heard? Their well-being improved? Do they have a say in the governing of their country? Many Ixiles are once again leaving their homes, hoping to reach the US. Research indicates a difference between migration patterns of El Salvador and Honduras and Guatemala. In the former two countries migration decision is more often the result of immediate threats to safety, while in Guatemala it stems from chronic stressors; a mix of general violence, poverty, and rights violations, especially among indigenous people.