BHUBANESWAR, India and KUALA LUMPUR, Feb 26 2019 (IPS) - Do politicians’ words matter? Since becoming US President, Donald J Trump has dismissed his opponents and others he does not like as evil, stupid or both. He has referred to undocumented immigrants as animals, and to poor countries as shitholes.

Fostering culture of hate
Around the world, such harsh words have become normalized as part of the rhetoric of leaders, against perceived and manufactured enemies, to mobilize the intended ‘imagined community’ against ‘ the other’. 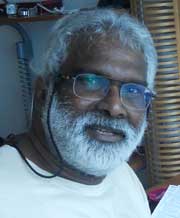 Such rhetoric, increasingly emulated by political, religious and community leaders the world over, has contributed greatly to the growing climate of resentment and hatred of the ‘other’, the ‘outsider’, the ‘stranger’.

Hate words and speech have become widespread globally. They have become part of dominant cultures, spreading meanings, worldviews and beliefs, all with considerable impact. When dominant, they are amplified by authority and power – political, economic, social, and cultural, increasingly recognised as ‘soft’ power.

The rhetoric of hatred has been echoed and thus amplified by traditional as well as social media, including the increasingly vicious culture online, as rivals compete to outdo one another, vying for attention.

But often, even more aggressive and vicious is the hate rhetoric of the rising cultural populists, as they manufacture new language to outdo one another and the incumbents, while trying to unify their ‘imagined communities’ behind them.

Cultural populism for imagined communities
Ethno-populists, jingoist nationalists, other chauvinists and their enablers try to convince their followers that they are victims facing threats from exaggerated or even imagined dangers, such as conspiracies by enemy ‘others’ of which they are ignorant due to obfuscation by fake news.

Around the world, they use cultural ignorance, unfamiliarity, suspicions, prejudices, animosity and fear-mongering to mobilize their followings, typically with ‘half-truths’, rather than less credible, outright fabrications.

In the era of fake news, fake alerts and ‘post-truth’, such half-truths have become more effective, and hence, more dangerous in abetting the power to demean, displace and destroy, especially when driven by ambition seeking greater influence and power.

The recent popularity, mainstreaming and legitimization of ethno-populism and jingoism in the West as well as other parts of the world, demand attention to how cultural analysis, social psychology and neuroscience can help us better understand the effects of such rhetoric.

Normalizing hate speech
Unsurprisingly, continuous or frequent exposure to hate speech is known to increase prejudice, resentment and animosity. Such influences desensitize people to verbal and even other forms of aggression, by ‘normalizing’ actions and behaviour which might otherwise be socially condemned. The culture of hate seems to thrive in the human ‘ecosystem’.

Leaders inspiring prejudice, anger and fear among their supporters, stimulate surges of stress hormones, such as norepinephrine and cortisol, affecting the amygdala, the brain centre for threat. Threatening language directly stimulates the amygdala, making it difficult for humans to ‘wind down’ their passions and emotions in order to ‘think’ before acting.

One does not have to be mentally defective or unstable to be ‘inspired’ to aggression and violence by such rhetoric. Most of us are susceptible to such ‘motivational’ speeches, especially when conditions are conducive.

Legitimizing violence against others
A study, led by Princeton psychologist Susan Fiske, has linked anger and violent impulses to distrust of ‘outsiders’ or ‘others’, especially when economic difficulties encourage viewing them as competing ‘unfairly’ for better opportunities.

By inducing or exaggerating a sense of external threat by the ‘other’, they can be thought of as not only different, but even as threatening. It is generally easier to think of outsiders as less than human, and hence, undeserving of empathy or compassion; both are cultural and socio-psychological conditions conducive to hate, aggression and violence.

A Harvard psychologist co-author of the study reportedly noted, “when a group is put on the defensive and made to feel threatened, they begin to believe that anything, including violence, is justified.”

Dehumanizing others
Cultural chauvinists also encourage antagonism to and violence against others by demonizing and dehumanizing them as sub-human or even non-human, so that they are not deemed worthy of treatment and consideration as fellow humans.

Earlier, Fiske and a colleague had found that their study subjects were so unempathetic to images of drug addicts and the homeless that they could not imagine how they felt or thought; the brain regions required to empathize with them as human beings deserving of ‘moral treatment’ could not be activated.

Instead, the brain region associated with feelings of disgust were activated. As Fiske has argued, “Both science and history suggest that people will nurture and act on their prejudices in the worst ways when these people are put under stress, pressured by peers, or receive approval from authority figures to do so.”

Thus, when a politician or some other socially influential person dehumanizes others, they are being put beyond the range of empathy, depriving them of moral protection and legitimizing inhuman treatment against them.

In another famous 1960s’ study by Yale psychologist Stanley Milgram, not knowing that the shocks were fake, most study subjects were willing to obey an authority figure’s instructions to give electric shocks to other participants.

Sixty-five per cent – almost two out of three — did as told, delivering the maximum shock, which could have been fatal, if real. Clearly, people can easily be influenced by authority to terribly harm others. Followers thus follow the leader in dehumanising others.

Positive agenda needed too
People are being continuously influenced by hate speech. But as dehumanisation becomes the norm, tolerated and sustained, not only by individual actions, but also by a socioeconomic culture promoting, even needing dehumanisation, then the culture of hatred, including hate speech, becomes normalized.

Hence, it is necessary to take measures to deter, delegitimize and even disallow hate speech in view of its likely consequences and the normalization of hate it thrives on and contributes to.

These threaten not only to undermine social solidarity, peaceful coexistence and mutual respect, but also to do far more damage, not only for international relations, but also for social peace, especially in multicultural societies.

As hate becomes part and parcel of our ‘way of life’, it becomes increasingly difficult to reverse these processes to recapture our lost ability to build reason, empathy and compassion.

While difficult but necessary, this is hardly sufficient as we revisit, mobilize and augment our remaining cultural resources for a positive agenda to rediscover the best in our common humanity, drawing on mutual respect and the universal ethos underlying our rich cultural diversity.

While the current culture of hate has a supportive ‘ecosystem’ of sorts in some aspects of neuroscience, human biology and social psychology also recognise our ‘compassion instinct’, an orientation of mind that recognises pain, the universality of pain and suffering, and the ‘instinctive’ need, indeed desire to help others.