Owen Barder is Senior Fellow at the Center for Global Development (CGD), Vice President and Director of CGD, Europe

WASHINGTON DC, Feb 7 2019 (IPS) - It is time for an open, fair, merit-based process to appoint the next President of the World Bank. And I’ll explain below why I think the Europeans may, at last, break the cartel that has prevented this.

Since the Second World War, Europe and the United States have operated the so-called “Gentleman’s Agreement”—that the Bank would be led by an American while the International Monetary Fund (IMF) would be led by a European. 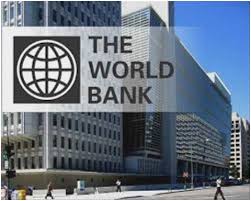 This carve-up is an accident of history. British economist John Maynard Keynes had assumed that Harry Dexter White, a US Treasury Department official, would be appointed to run the IMF.

But partly because of suspicion that White was a communist—perhaps even a Soviet agent—the US Treasury Secretary decided to back Eugene Meyer as President of the World Bank instead.

The US Government didn’t think they could expect to nominate the head of both major financial institutions, and so a European has run the IMF ever since.

In the last two decades there have been empty promises in summit communiques to replace this cartel with a merit-based system for these appointments, but the World Bank has always gone to the American nominee, and the IMF to a European. And as my colleague Nancy Birdsall pointed out yesterday, the behind-closed-doors process means the World Bank post has always gone to a man.

The first time that the American candidate for President of the World Bank faced serious challenge was in 2012. There were three nominees—Jim Kim, José Antonio Ocampo, and Ngozi Okonjo-Iweala—who were interviewed by the Executive Board, and the appointment went to a vote.

Though Okonjo-Iweala was clearly the better candidate, Kim was eventually selected. It was assumed he won European votes as payback to the United States for allowing Christine Lagarde to be appointed unopposed to the IMF. Okonjo-Iweala said at the time that, while she had not expected to win, the process “will never ever be the same again.” 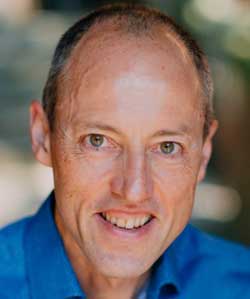 Now that President Trump has nominated David Malpass to succeed Kim, the time has come to find out if Okonjo-Iweala is correct. Will the other shareholders force a fair process based on merit?

If so, Malpass seems unlikely to emerge as the victor. If 2012 was the crack in the glass ceiling, will 2019 be the year that we punch through?

The election is by a simple majority of Board votes, and while the United States is the largest shareholder it has only 16 percent of the votes. The Europeans, between them, have about 30 percent.

So, the United States cannot veto the appointment of another candidate who has the backing of the other shareholders.

High stakes for all

The World Bank (and IMF) are of most importance to the countries which have least control over them. More than a quarter of 2017 commitments were in sub-Saharan Africa, which has less than six percent of votes.

European leaders should seriously take into account the views of the Bank’s main stakeholders when making their decision, not simply adjust their power-sharing agreement with the United States.

There is a lot at stake for all of us. We need an effective and legitimate World Bank to tackle global problems such as climate change, financial instability, and pandemic disease, as well as to share knowledge, ideas and capital to help countries to meet the global goals.

For as long as the US and Europeans conspire to shut out the rest of the world from the leadership of the World Bank, it is impossible for it to be really legitimate and effective.

Given the obvious reasons why it makes sense to have a properly merit-based process, why might the Europeans nonetheless continue with the anachronistic “Gentleman’s Agreement”?

Four possible reasons it may continue:

1. They want to retain the privilege of nominating the Managing Director of the IMF.
2. They are concerned that the US will cut contributions to the World Bank if the US nominee is snubbed.
3. They are concerned to maintain good diplomatic relationships with the US generally, and this seems like a relatively unimportant concession to make for that broader goal.
4. These decisions are made mainly by white men from Europe and America, whose instinct will be to maintain their privileged access to international appointments.

Reasons that may not hold water in 2019

For a start, most European countries accept the inevitability of merit-based appointments at the IMF. It would be a big gamble to back the US nominee at the World Bank in the hope that they might maintain their grip on the IMF one last time.

They are sceptical that a US President committed to putting “America First” will keep his end of that bargain. Malpass’s nomination might, at last, be what breaks European and US collusion. Nor is the prospect of reduced US financing of the World Bank a significant consideration.

The World Bank is depending on donor contributions less and less for its finances, and the UK is currently the largest contributor to IDA, so even if there were a sharp fall in US contributions—which would be a decision for Congress, not the White House—this would not make a very big difference to the overall finances of the Bank.

On the contrary, a change in the leadership arrangements might well open the way to much larger donations from emerging countries such as China and India, as well as other European donors, more than compensating from a reduction in US contributions.

With the decline in US funding of the World Bank, the threat of a cut of funding no longer needs to be taken as seriously as once it was. Would the Europeans be willing to risk this slight to the United States?

Many would: there is little political advantage at home from being seen to cozy up to the Trump administration. Most will reckon that the US is unlikely to pay an enormous amount of attention (after all, the present US administration doesn’t care much about the multilateral system).

For example, nobody batted an eyelid when the rest of the world rejected the US nomination of Ken Isaacs to lead the International Organisation of Migration, another post which had traditionally gone unopposed to the United States. The world community appears to be growing a spine.

The only remaining reason that this might not happen is the inertia of privilege. Decision-makers find it hard to imagine a world in which these choices are made by fair, open processes. But once we make the change, it will be hard to remember why it ever seemed so difficult.

The next step is for one or more of the influential shareholders—perhaps one of the larger European countries—to build support for a more open and contested process, rather than allow the US nominee to be nodded through.

For the UK, this is a teachable moment. All the rhetoric at the moment is that the UK’s development policy should do more to serve the UK “national interest” as well as reducing poverty and spreading prosperity.

Arguably, it is in the UK’s short-term national interest to shore up its alliance with the United States, because the UK needs them for security and economic reasons, perhaps more than ever as it leaves the EU.

But it is also in the UK’s long-term national interest to have an effective, rules-based, multilateral system with legitimate institutions. Reforming the governance of the World Bank, and having a President who commands global respect, will help the UK achieve long-term goals of shared, sustainable development.

From a development point of view, there is no doubt that the UK should back a better candidate than Malpass. From a short-term foreign policy point of view, the temptation might be to go along with Trump’s pick.

Penny Mordaunt, UK Governor of the World Bank, is going to have to choose a side: the UK’s long-term interest in development, global soft power and the multilateral system, or its short-term interest in its relationship with the United States.

Her choice will send a powerful signal about whether the UK remains seriously committed to international development, or if the country has subsumed all that beneath short-term foreign policy considerations.

There is time to nominate an alternative to David Malpass. Excellent candidates might include Nancy Birdsall, José Antonio Ocampo (again), Suma Chakrabarti, Kristalina Georgieva, Sri Mulyani Indrawati, Ngozi Okonjo-Iweala (again), Maria Ramos, Minouche Shafik, and Tidjane Thiam. Let the candidates—including David Malpass—make their case, and see if the world can coalesce around the best person. It is time to call time on the Gentleman’s Agreement.

The link to the original article:
https://www.cgdev.org/blog/time-gentlemen-please