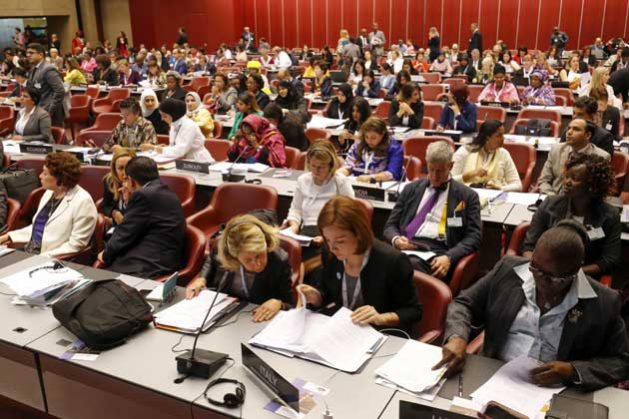 UNITED NATIONS, Mar 12 2019 (IPS) - When the Inter Parliamentary Union (IPU), based in Switzerland, released its annual report on the representation of women legislators worldwide, four of the top five countries were from the developing world.

Rwanda led the way with 61.3 percent of the seats held by women in its lower or single house of parliament followed by Cuba (53.2 percent), Bolivia (53.1 percent) and Mexico (48.2 percent).

The fifth place was held by Sweden (47.3 percent), the only Western industrialized country among the top five.

The next five countries in descending order were Grenada, Namibia, Costa Rica, Nicaragua and South Africa, completing the top 10, with the world’s largest number of women parliamentarians.

The survey was released to coincide with a two-week long meeting of the UN Commission on the Status of Women (CSW), described as one the largest gathering of women at the United Nations.

The CSW, which is the principal global intergovernmental body exclusively dedicated to the promotion of gender equality and the empowerment of women, is scheduled to conclude its current 63rd sessions March 22.

According to the IPU’s yearly analysis, the share of women in national parliaments increased by nearly one percentage point last year, from 23.4 per cent in 2017 to 24.3 per cent in 2018.

This 0.9 percentage point increase confirms the continuing rise of women in parliament, at a slightly faster rate of change compared to previous years.

Asked whether the strong performance of developing nations was due to gender quotas, Thomas Fitzsimons, IPU’s Director of Communications, told IPS that in the majority of cases, some sort of quota mechanism exists (and in most cases, it is a legal requirement – either in the constitution or the electoral law).

“But it is also a question of level/target of the quota (30% or 50% ) and the enforcement mechanisms in place, plus the political culture in the country that is, open or not, to more women in decision making”, he added.

Spain and France have legislated quotas, and this has actually enabled them to increase the number of women in parliament over time.

Norway and New Zealand have no legislated quota but some of the political parties have voluntary quotas. 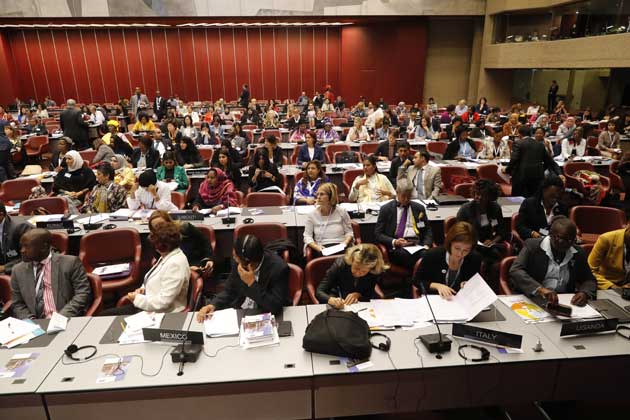 Despite advances in gender representation in legislative bodies, the track record of women in the executive branches of government – as heads of state or heads of government — remains low.

Speaking to reporters March 8, the President of the UN General Assembly . María Fernanda Espinosa said currently only 5% of all Prime Ministers worldwide are female and not more than 5% of Presidents in the world are women.

The UN High Commissioner for Human Rights, Michelle Bachelet, said last week that Ethiopians can be proud of the achievement of gender parity in government, as well as their first woman President and first woman Chief Justice.

Elsewhere, too, Bachelet said “we continue to make some progress with respect to women’s leadership and women’s equality”.

Last year, she said, a woman was elected Mayor of the capital of Tunisia – in a region where women have the lowest levels of political representation in the world.

“The one per cent increase we saw in 2018 represents a small improvement on women’s parliamentary representation. This means we are still a long way to achieving global gender parity,” she said.

For that reason, “we urge for greater political will in adopting well-designed quotas and electoral systems that eliminate any legal barrier that might be hindering the opportunities for women to enter parliament.”

Faiza Mohamed, Regional Director of Equality Now’s Africa Office, told IPS while it is good to know that Sub-Saharan Africa made some progress in increasing the number of women parliamentarians across the continent, an average of 23.7 percent in women representation is not good enough.

“It goes to show that we still have a long way to go in enhancing and ensuring that women participate in legislative processes. It is only when we actively and purposely involve women in the decision making processes that we can advance and safeguard the rights of women and girls in Africa.”

Since 2003, she said, Rwanda has held the distinction of being a global leader when it comes to women representation, with an average of 61.3 percent of women parliamentarians.

It is however worrying to note that the 2018 elections recorded a decrease in the proportion of women representatives in the country, she noted.

“African member states must therefore be deliberate in their efforts and put in place systemic measures that will ensure that no country in Africa falls back on the gains that it will have made in increasing women representation anywhere.”

She also said that African nations mustn’t relent or go slow in their pursuit for the increase of women representation across the board because when women are empowered, entire societies benefit.

“It is however worth noting that although several women lost their seats in Africa, Rwanda remains at the top in the number of women holding parliamentary seats in the world in 2018”.

On the other hand, Djibouti doubled the number of women in its parliament following a deliberate action.

Other countries therefore need to emulate the gains Djibouti made and follow Rwanda’s example in leading on women’s political participation so that Africa’s pathway to realizing its commitments under goal 5.5 of the Sustainable Development Goals by 2030 would be feasible, Mohamed declared.

“Our societies will not enjoy human rights, peace, sustainable and inclusive development if women are excluded from playing an active role in leadership on an equal basis with men,” said Hilary Gbedemah of Ghana, Chair of the UN Committee on the Elimination of Discrimination Against Women, addressing a meeting in Geneva last week.

The antidote to strongman politics is women’s political empowerment.

While some progress has been made in terms of women’s political participation and leadership despite many difficulties and some setbacks, progress in this area needs to be accelerated through specific policy and legal interventions. It is now time to turn talk into action, said Gbedemah.