This article is part of a series on the current state of civil society organisations (CSOs), the focus of International Civil Society Week (ICSW), sponsored by CIVICUS, which concluded in Belgrade, April 12

Mouna Ben Garga is an Innovation Officer with CIVICUS, a global alliance of civil society organisations.

TUNIS, Apr 12 2019 (IPS) - Sometimes a peak into the future reminds us just how stuck we are in the past and present.

It was the talk of the Middle East’s largest annual media industry gathering: a robot journalist – the region’s first – that wowed some 3,000 industry leaders and practitioners at the Arab Media Forum (AMF) in Dubai recently.

In an address titled “Future News Anchors”, the robot, known as A20-50, waxed lyrical about robots that would report ‘tirelessly’ all day, every day and be programmed to do any task.

At a conference organised around the theme, “Arab Media: From Now to The Future”, it was ironic that journalism produced by programmed automatons was held up as a glimpse of what the future held for media in the Arab world.

Ironic because, considering the state of journalism in the Middle East, it doesn’t sound as much like the future as the region’s present and past.

Looking at news output in this polarized landscape, it often seems that journalists (and their organisations) are like robots, programmed to produce and promote certain political agendas ‘tirelessly’, all day, every day.

From Egypt to Kuwait, most news outlets support specific positions, usually those espoused by the companies or organisations that own or control them – often either toeing the official line or supporting rival agendas or political opposition.

Following the 2013 coup in Egypt and the civil wars in Syria, Yemen and Libya over the past decade, the pro-government media used the fear of instability and war to silence citizens and twist the facts.

For instance, the Egyptian mainstream media convinced its audience that the 2013 massacre of more than 900 people in Cairo was the only way to fight against terrorism.

In the context of the Middle Eastern media coverage of the killing of the Saudi journalist Khashoggi, both Al-Jazeera and Al-Arabiya television channels took up positions in front of the Saudi Consulate in Istanbul and resumed the fierce row between Qatar and Saudi Arabia, from there. 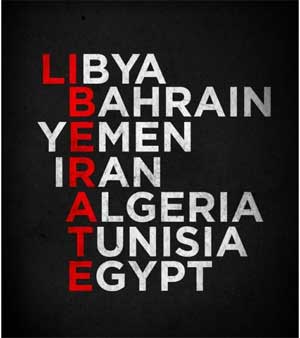 The truth was lost in this fierce political conflict and the Arab viewer had to cross-check the presented facts with other international reporting. This implicit bias and lack of balance polarized Arab public opinion and pushed news consumers to social media in search of trusted factual information, crushing the credibility in traditional media.

And when they aren’t busy working to manipulate bias in news coverage, Arab authorities are old hands at plain old media repression. Not surprisingly, nations in the Middle East and North Africa again find themselves at the bottom of Reporters Without Borders’ World Press Freedom Index of 2018.

Across the region, journalists and media organisations are under attack for their reporting – from intimidation to arrests, detention, prosecution and the shuttering of outlets. Four Arab countries – Egypt, Saudi Arabia, Bahrain and Syria – top the list of the world’s worst jailers of journalists ,according to the 2018 press freedom report by the Committee to Protect Journalists (CPJ).

Egypt jailed the most number of journalists on “false news” charges – 19, amid heightened global rhetoric about so-called fake news; The murder of exiled Saudi journalist Jamal Khashoggi by Saudi agents in the country’s Instanbul consulate illustrated the extreme lengths the Gulf kingdom’s leaders would go to stop published criticism.

And in Syria, 13 journalists were killed in 2017, and more than 40 journalists and citizen-journalists are currently detained, kidnapped or have disappeared.

In this complex context of divisions, repression and lack of public trust, the future of trustworthy Arab media is in the hands of alternative media, journalists’ unity and active citizens.

Since the Arab spring, independent journalism platforms such as Daraj, Nawaat in Tunisia, and Beirut-based Raseef22 have emerged, offering alternative narratives that counter state propaganda and mainstream media self-censorship.

But the challenges for these organisations are their limited reach – many mainstream news consumers consider them elitist and targeting “intellectual” users – and their financial sustainability.

The key here is inclusivity. One of the most successful news outlets is AJ+ Arabic, a project that grew out of Al Jazeera’s Incubation and Innovation Group, focusing exclusively on social platforms targeting millennials.

Empowering citizen journalism is another possible solution to producing independent media in the Arab world. Indeed, citizen journalists, young bloggers, and active tweeps are not governed by the same relationship between the state and media professionals and are authentic voices and channels to the Arab street – they speak its language and represent its concerns and challenges.

Alternative media leaders need to build the citizen capacity beyond data collection and reporting to include online security, storytelling and counter-narratives. Increasing the transfer of these savoir-faire to citizens would amplify more voices to tackle the polarization effect through facts.

But of course, there is a place in the future of quality Arab media for professional journalism. Professional bodies have a role to play in fight for press freedom in the region.

Local unions have to wage numerous battles for their own independence through advocating for better legislation that affords greater protection to reporters and that prohibits prosecutions for reporting.

They have to promote the development of more journalistic organisations and more actively resist government attempts to contain and control the media by positioning themselves as defenders of free, independent media, creating strong alliances with alternative media, citizens journalists and social media influencers.

They need to be inclusive to promote a positive narrative about the role of the media in citizens’ lives and bridge the social gap between journalists and the general public to increase support for stronger independent media.

As a major regional proxy war rages on in the region, dominating headlines and geopolitical agendas, the battle for a future independent Arab media that is trusted and trustworthy, is one that seeks to do away with robotic journalists and organisations programmed only to serve the interests of the powerful.