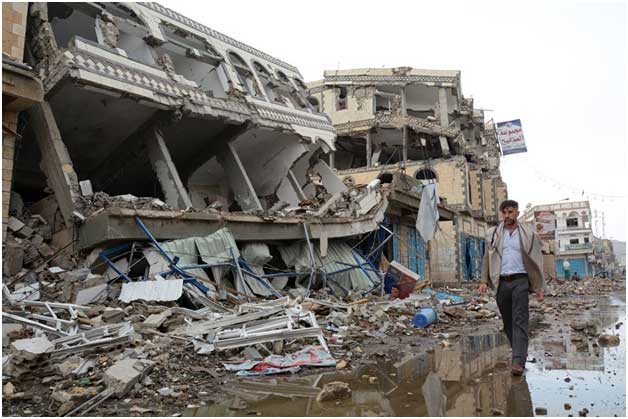 UNITED NATIONS, Apr 26 2019 (IPS) - When US political leaders urged the Trump administration to either reduce or cut off arms supplies to Saudi Arabia – largely as a punishment for its indiscriminate bombings of civilians in the four-year old military conflict in Yemen—President Trump provided a predictable response: “If we don’t sell arms to Saudi Arabia, the Chinese and the Russians will.”

Perhaps in theory it’s plausible, but in practice it’s a long shot primarily because switching weapons systems from Western to Chinese and Russian arms— particularly in the middle of a devastating war– could be a long drawn out process since it involves maintenance, servicing, training, military advice and uninterrupted supplies of spares.

Asked for a response, Pieter Wezeman, Senior Researcher, Arms and Military Expenditure Programme at the Stockholm International Peace Research Institute (SIPRI), told IPS: “If, (very hypothetical) the USA and the UK would stop supplying arms to Saudi Arabia, this would be a major problem for Saudi Arabia, in military and financial terms”.

He pointed out that Saudi Arabia would find it very hard to maintain the US and UK weapons its armed forces largely rely on without the support of the large numbers of US and UK service personnel in the country right now.

The Saudi military might be able to keep the weapons going for a while, but presumably at a much lower operational level.

He said it will not only be very costly for Saudi Arabia to replace the expensive existing equipment — which is supposed to be in service for decades– but it also means that Chinese and Russian weapons will not be as high quality as what Saudis now receive from the USA and Western Europe.

And New York Times roving correspondent Nicholas Kristof says “some Saudis kept trying to suggest to me that if we block weapons sales to Riyadh, the kingdom will turn to Moscow.”

“That’s absurd. It needs our spare parts and, more important, it buys our weapons because they come with an implicit guarantee that we will bail the Saudis out militarily if they get into trouble with Iran.”

In an oped piece, Kristof said the Saudi armed forces can’t even defeat a militia in Yemen. So, how could they stand up to Iran?, he asked. 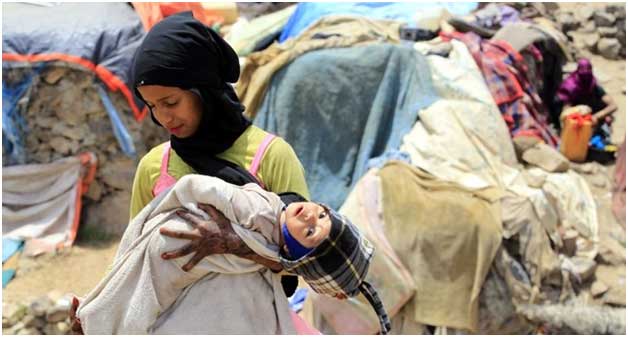 “That’s why we have leverage over Saudi Arabia, not the other way around.” The next step, he argued, should be a suspension of arms sales until Saudi Arabia ends its war in Yemen, for that war has made the US complicit in mass starvation.

The Times said last year that some US lawmakers worry that American weapons were being used to commit war crimes in Yemen—including the intentional or unintentional bombings of funerals, weddings, factories and other civilian infrastructure—triggering condemnation from the United Nations and human rights groups who also accuse the Houthis of violating humanitarian laws of war and peace.

In its World Report 2017, Human Rights Watch said the Saudi Arabia-led coalition has carried out military operations, supported by the United States and United Kingdom, against Houthi forces and forces loyal to former President Ali Abdullah Saleh since March 2015.

“None of the forces in Yemen’s conflict seem to fear being held to account for violating the laws of war,” said Sarah Leah Whitson, Middle East director at Human Rights Watch. “UN members need to press the parties to end the slaughter and the suffering of civilians.”

In a report released last February, Amnesty International (AI) said the weapons for the coalition, primarily to Saudi Arabia and UAE, have come mostly from Australia, Belgium, Brazil, Bulgaria, Czechia, France, Germany, South Africa, South Korea, Turkey, the UK and the US.

The London-based AI called on all states to stop supplying arms to all parties to the conflict in Yemen “until there is no longer a substantial risk that such equipment would be used to commit or facilitate serious violations of international humanitarian and human rights law.”

The only four countries that have announced suspending arms transfers to the UAE were Denmark, Finland, the Netherlands and Norway, according to AI.

Asked how dependent Saudi Arabia is on US arms, Wezeman told IPS that US is by far the largest arms supplier to Saudi Arabia.

SIPRI estimates that in 2014-18, the USA accounted for 68% of Saudi arms imports followed by the UK at a distant 16 per cent. Several other European countries accounted for most of the rest. China played a small role and Russia had not yet established itself as arms supplier to Saudi Arabia.

Asked about the current state of US arms sales to Saudi Arabia, Wezeman said the US supplies all types of weapons to Saudi.

But most important in value of the weapons that have been or are to be delivered are F-15 combat aircraft with a full set of advanced arms and Patriot and THAAD air defence systems.

What is important is that these weapons come with a service package. Though exact data is scarce, the companies supplying the equipment also supply vital maintenance and repair services, he noted.

Compare with what happened in Iran in 1979, which also was highly dependent on US and UK arms, Tehran had to figure out by itself how to operate the equipment.

Possibly the Iranians were better prepared and trained for that than Saudi Arabia is now, but they struggled to continue to use the US equipment in the war with Iraq and had to resort to importing inferior weapons from China and North Korea.

It is very likely, said Wezeman, that Russia and China will happily step in and offer their weapons. However, it will take time before they can deliver large numbers of weapons and train the Saudi’s on new equipment based on different military doctrines. A full transition will probably take many years.

There are several of other cases where states have shifted between different suppliers, with different levels of success, he pointed out. Warsaw pact countries moved to NATO weapons, over several decades. Venezuela switched from US equipment to Russian and Chinese over a period of roughly a decade.

Citing conservative UN estimates, Ole Solvang, Policy Director at the Norwegian Refugee Council (NRC), told IPS some 17,700 civilians have been killed in the fighting in Yemen since 2015.

Solvang said more bombs and weapons in Yemen will only mean more suffering and death. “By providing such extensive military and diplomatic support for one side of the conflict, the United States is deepening and prolonging a crisis that has immediate and severe consequences for Yemen— and civilians are paying the price,” he noted.

Described as one of the world’s least developed countries (LDCs) and the poorest in the Arab world, Yemen continues to be devastated by a war with no end in sight.

Meanwhile, the results of a study commissioned by the UN Development Program (UNDP), released last week, confirm the worst: the ongoing conflict has reversed Yemen’s human development by 21 years.

The study warns of exponentially growing impacts of conflict on human development. It projects that if the war ends in 2022, development gains will have been set back by 26 years — almost a generation. If it continues through 2030, that setback will increase to four decades.

“The long-term impacts of conflict are vast and place it among the most destructive conflicts since the end of the Cold War,” warns the report; and further deterioration of the situation “will add significantly to prolonged human suffering, retard human development in Yemen, and could further deteriorate regional stability.”

“Human development has not just been interrupted. It has been reversed,” said UNDP Yemen Resident Representative, Auke Lootsma. “Even if there were to be peace tomorrow, it could take decades for Yemen to return to pre-conflict levels of development. This is a big loss for the people of Yemen.”