UNITED NATIONS, May 15 2019 (IPS) - Development is a very uneven process, accompanied by heterogeneity in outcomes across sectors, across regions and across income groups. Such process, Albert Hirschman elegantly established about 60 years ago, constantly generates tensions and demands for redistribution of resources and power. In this sense, conflict is inherent to development.

If tensions are solved by excluding some groups systematically, inequity and violence are more likely to characterize societies. Indeed, we see in Latin America and the Caribbean that violence has become a mechanism to adapt to these tensions and to process conflict.

The Regional Human Development Report 2013-2014 “Citizen Security with a Human Face” showed the ways in which crime and insecurity undermine development in Latin America and the Caribbean. Crime erodes the well-being of citizens and deters economic growth (Enamorado et al, 2013). 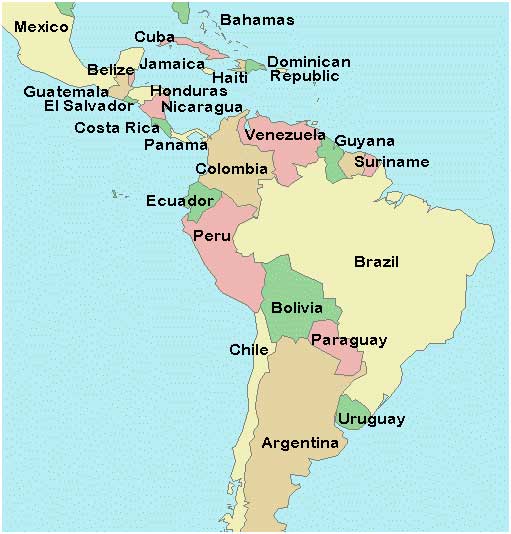 Despite recent progress in citizen security and marginal reductions in violence, LAC remains the most violent region in the world. Indeed, a recently released report by Igarape Institute states that while Latin America is home to 8 percent of the world’s population, 33 percent of all homicides take place there.

We see in the figure below that homicide rates in the region, in particular for some countries in Central America and the Caribbean, are much higher than those of countries with similar levels of GDP per capita.

The homicide rate in Colombia is over to 25, while in Lebanon it is 4. What explains these high rates of violent crime in LAC?

Villalta, Castillo and Torres offer an overview of existing theories to answer this question in the region. The economic perspective argues that individuals weight the costs (of eventual punishments) and benefits to decide whether they engage in crime or not.

The social-structural perspective views fluctuations in crime and violence as a result of changes in societal structures, culture and institutions; it supports the idea that rising trends in criminality are a consequence of changing labor market conditions, exclusion, and economic crises.

The political perspective argues that recent processes in LAC countries, such as transitions towards democracy, shifts in political agendas or even the “War on Drugs”, have weakened state control and left inefficient local governments in charge of public safety.

According to this view, areas within cities with low low-income levels, racial heterogeneity, and residential instability are more likely to experience social disorganization. Depending on the country context, a combination of these theories helps explain crime in LAC.

Empirical research offers support for the different theories: the sense of impunity in some countries encourages law offenders to engage in criminal activities; the lacks of confidence in police and justice systems sometimes prevent victims from reporting crimes (moreover, it’s not rare that corrupt police collaborate with organized crime in some countries, for money or fear); support for extralegal violence is significantly higher in societies characterized by little support for the existing political system; and the lack of economic opportunities also plays a role as a strong correlation between crime and youth unemployment has been found.

Evidence also demonstrates the effect of inequality in crime (the case of Mexico is discussed by Enamorado et al, 2016).

As I have mentioned in the past, the pavement of development in LAC requires effective governance as pre-condition to improve productivity, inclusion and resilience. That is, effective governance is about creating socio-economic opportunities, strengthening institutions and enhancing citizen security.

These are challenging tasks as these figures show. Fact-based initiatives such as INFOSEGURA which aims to promote and improve the quality of information on citizen security in the region, are critical public policy instruments to address this challenge.

*Homicides rates are expressed per 100,000 inhabitants throughout the post.