Leaving No One Behind: Young People’s Participation at UN 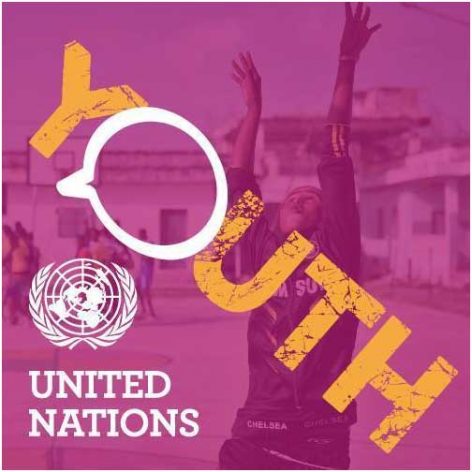 GABARONE, Botswana, May 8 2019 (IPS) - Walking down 44th street towards UNICEF House was a poignant moment for me: having sought out resources, gone through strenuous immigration processes and having had my assumptions unraveled with the realities of New York City (NYC). This was it.

I must stress my experience as a first timer in NYC. I was shocked at how unclear the air is, the uncleanliness in public spaces and the fears I had just by being in America.

I quickly reflected on how many other developed countries always surprised me in a more positive way. Despite coming from a developing country, Botswana; it is in NYC that I literally choked on the impact of climate change.

It is here, that I feared walking down the streets with my rainbow bracelets would result in hate speech or violence. It is also here that income inequality is so blatant and glaring on most street corners I walked past. Many countries are the same.

However, having known of the American Dream and its advancements within human rights and development; my awareness to the world and its injustices has been heightened.

The Global Action Plan (GAP) initiated in 2018 is a commitment by 12 development organisations and UN agencies to accelerate progress on the Sustainable Development Goal (SDG)s and exploring avenues of ensuring that no one is left behind in the process.

In many countries, young people are denied access to comprehensive health for being bigger bodied, loving the wrong person or not having the means to get to a health facility. There has been progress in reducing maternal mortality, addressing some gender disparities and improving policies for better service delivery.

However, it is not enough as new HIV incidences, backdoor abortions and reliance of substances influence the health and wellbeing of young people. Being the majority demographic in Botswana and Sub Saharan Africa; young people are at risk of what can be prevented or better managed. 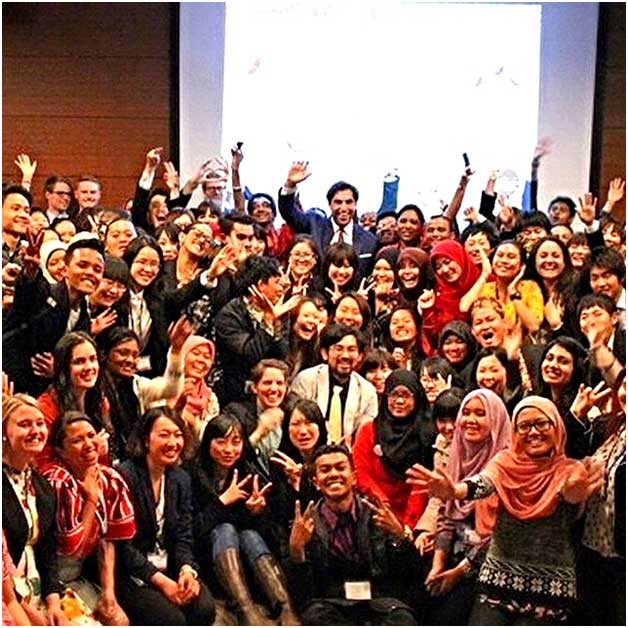 The data that often informs policy makers is quantitative and relies on standardizing or averaging a population. This often excludes the outliers; those most vulnerable to systematic injustice, economic exclusion and under-servicing beyond health. These do not occur in isolation.

There are determinants that enable these wrongs; illicit financial flows, corruption, pollution and inherent bigotry. When the symptoms of violence against women, harmful political propaganda or institutionalized racism emerge; we live in a world of more pain than love.

At Success Capital NGO, young people have discovered the importance of linking lived experiences to high level commitments. We acknowledge that despite there being limited resources and reach, we must ensure that the voices of those most marginalized and vulnerable should be heard.

We have discovered that an enabling environment will move young people from being survivors of injustice and socioeconomic complexity, to young people that strive and succeed to the best of their diversity and dreams. What does this look like?

It compromises of a world where laws encourage equity in opportunity, impede impunity in private sector practices and enable the spirit of Botho/Ubuntu among communities. Botho in Tswana or Ubuntu in Nguni is understood as empathy, being equals in a collective or being in existence because of another.

This is unique to the African context and central to ensuring that no one is left behind – particularly because the world is largely unequal. It acknowledges that privilege, power and patriarchy still exist and manifest themselves in variant ways.

By aligning service provisions in health, strengthening governance mechanisms and ensuring inclusive economic participation; everyone can have a place for belonging and becoming. It is through storytelling and documenting these within the frameworks of UN treaty bodies, special procedures and other advocacy/accountability mechanisms that some change can be encouraged.

GAP acknowledges that there are shortcomings when organisations or movements work in isolation. There can be duplicate work, inefficiency or even exclusion in practices. For example: we asked ourselves about the 10% left out by the UNAIDS’ 90:90:90 strategy or how ILO has not facilitated establishing norms around gender favorable home-care or social protection guides for care-givers in poverty-stricken homes.

Similarly, why would legislators believe policing bodily autonomy would impede, reduce or mitigate people’s decision making in issues of consensual sex?. The same applies for attempts to not recognize or accommodate those who do not conform with variants of migration, profession, gender, family, cultural lifestyle, ethnicity, beliefs, genitalia or sexual orientation.

Diversity has never been a threat to a community or ideology. However, in this era of misinformation, lack of citizen participation and populism; it has been easy to create phobias around people and issues that have existed generations before us. It is in reshaping the narratives that exist in our daily experiences that we can truly fulfil the aspirations of democracy and multilateralism.

Young people are increasingly fighting for the space to share their experiences and the intersecting issues that affect them. Good education can hopefully get you meaningful employment, which in turn may enable a better personal life and access to health care, inclusive of mental wellbeing.

Similarly, the ability to advocate for one’s rights and freedoms at community, domestic, regional and global levels can ensure those most excluded and marginalized can have a say. The UN certainly has a long way to go in encouraging states and enabling meaningful and diverse youth participation, particularly from the Global South.

However, it needs the private sector, civil society and community civic participation to ensure everyone can contribute towards the SDGs. A world that can be kind enough to collectively work towards peace, civility, belonging and everyone’s prosperity can ensure no one is left behind by 2030. It all starts with dialogue in your areas of influence and Botho.

Success Capital is a youth led, managed and serving NGO based in Gaborone, Botswana.