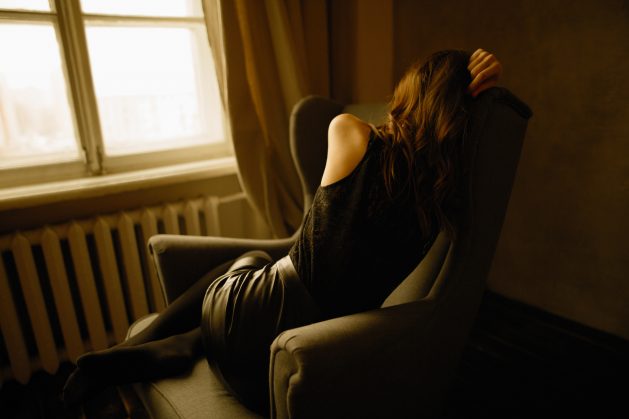 UNITED NATIONS, Jul 25 2019 (IPS) - Human trafficking for sexual exploitation has been steadily increasing in Canada. The most recent statistics indicate that 2016 had the highest recorded rate of human trafficking, with one police-reported incident for every 100,000 people in Canada. Despite these staggering numbers, reported cases make up just a small part of a larger, secretive industry where most incidents of sex trafficking fall under the radar.

The effects of this are relatable for Rhonelle Bruder who, after facing discrimination and bullying in her small hometown outside of Toronto, Ontario, decided to drop out of high school and move to the city.

When she ran out of money, she started living in youth shelters and was later on introduced to a man who would become her trafficker.

Bruder told IPS that initially he was kind and attentive, and provided her with a sense of belonging. When the conversation came up about how she could make money to get back on her feet, he told her she would be able to buy a condo and travel if she danced for just a couple of months.

“He was pitching a dream, a dream I was desperate to believe because the reality of my life was unbearable. I was willing to believe almost anything he said because he provided me with both a sense of belonging and was a protective figure in my life,” she said.

Once women are trafficked, pimps typically enforce a debt trap, telling girls and women that they need to pay off their debt to them for things like entering the country or paying for motels.

This was true for Timea Nagy, another survivor of this industry. At the young age of 20, while living in poverty in Hungary and facing a large amount of debt, Nagy responded to an advertisement in the newspaper to work as a babysitter in Canada. What looked like a legitimate recruitment agency was, in fact, a way to lure her into the sex industry against her consent.

“We were starved, sleep deprived, and threatened constantly,” she states in her newly-released memoir Out of The Shadows.

Nagy also states that she was frequently sexually assaulted until she managed to escape with the help of two people at the club where she worked. Her trafficker was eventually charged with sexual assault but was found not guilty.

Nagy, now a social advocate who works to bring about changes in the Canadian Justice System around human trafficking, says that law enforcement is more lax in Canada compared to the United States. Convicted traffickers in the U.S. are given 155-year sentences, whereas in Canada, traffickers will get an eight-year sentence at the most for the same crime.

Human trafficking is currently the third-largest crime in the world.

Both Nagy and Bruder state that there is too much of a focus on law enforcement to deal with this issue, and not enough on preventative measures and reforming services in vulnerable communities.

“A lot of the focus is on helping survivors which is important. But we also need to be educating young people so that they aren’t vulnerable to traffickers,” Bruder told IPS. “Had there been someone to talk to, or if I had guidance, maybe I wouldn’t have left home. There need to be interventions in young people’s lives before they go down these paths.”

Many pointed to the child welfare system as being one of the most targeted places for sex traffickers.

“The child welfare system is a trafficker’s Costco,” Nagy told IPS. “They know where the group homes are and that children don’t feel welcome. No one reaches out to them the way pimps do.”

Bruder added that social media sites such as Facebook, Snapchat, and MeetMe are new recruiting grounds for traffickers.

“Young people post everything about their lives online, so it’s not hard for traffickers to identify the most vulnerable victims and begin the grooming process,” she said.

This is especially true for Indigenous youth in Canada, where there exists a colonial legacy of separating First Nations children from their families and placing them in residential schools to forcibly assimilate them into a settler culture. Canadian Prime Minister Justin Trudeau has acknowledged and apologised for this cultural genocide, but a closer look reveals that this has taken on a new form.

“There are currently more Indigenous children in the welfare system than there were in residential schools,” said Elana Finestone of the Native Women’s Association of Canada. “These are the intergenerational effects of residential schools, [basically] colonialism passed on through generations,” she told IPS.

Traffickers target First Nations youth in this way, by waiting outside shelters and nearby bus stops. Finestone added that First Nations’ communities are often over policed and under protected.

“If women report physical violence, the police might not take it seriously, assuming they are homeless and alone and no one cares.”

Canada’s National Inquiry to Missing and Murdered Indigenous Women was released this past June and demonstrates the disproportionate impact of human trafficking on Indigenous youth. In 2016, nearly half of the trafficking victims were Indigenous women and girls, although they make up only four percent of the population.

“The focus needs to be on accessible services for Indigenous women and girls, with Indigenous-led community services,” Finestone said. “We cannot forget the feminisation and radicalisation of poverty [and how it intersects with this issue]. People need more choices to earn an income.”

Other efforts have focused on providing resources to front line service providers. The Canadian Centre to End Human Trafficking launched a multilingual hotline for trafficking victims across Canada this past May.

The centre’s CEO Barbara Gosse said law enforcement is currently maxed out on this issue and under-resourced, which needs to change. The hotline, which is strictly confidential, was created to collect data on the incidence of human trafficking in Canada and assist victims and survivors with a localised response.

Through therapy, meditation, and mindfulness, Bruder says she is finally able to speak out about her experience. She is the founder of a grassroots organisation called the RISE Initiative which supports at-risk youth.

Nagy worked as a mobile care worker for six years with Walk With Me Canada Victim Services to help law enforcement approach victims. She left that position and is now focused on rehabilitation of survivors through a social enterprise called Timea’s Cause. She believes there needs to be a national trauma-informed employment program for survivors.