Animal Welfare: Where Does India Stand?

Alokparna Sengupta is the deputy director for Humane Society International/India 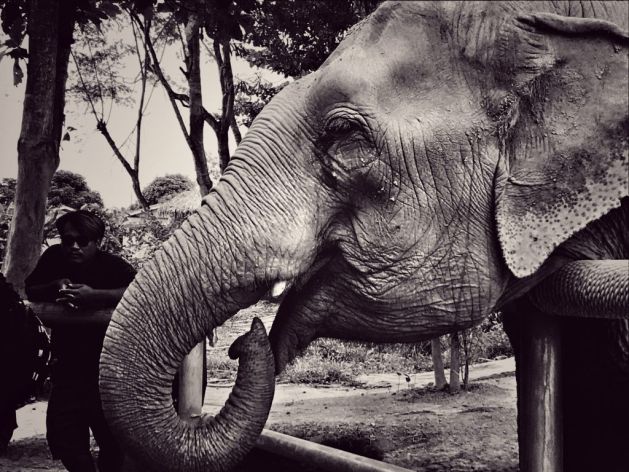 HYDERABAD, TELANGANA, India , Sep 3 2019 (IPS) - We have the potential to lead the world in animal welfare, but the tendency to look at the issue in a vacuum has prevented this movement from being taken seriously.

Since early civilisation, animals have been an integral part of human experience. We have domesticated them for both agriculture and companionship. However, over time our kinship with them has morphed into abuse in which the welfare of animals is highly compromised. Now we see animals purely for their utility; in fact, a perception has been created that humans always have precedence over animals. It has now become common practice to inflict cruelty upon them.

Animal welfare has always been seen as a niche subject, often relegated to being an emotional one. It has also been perceived as a street dog issue or service for pet or privately-‘owned’ animals, mainly dogs and cats. Of course, protection of cows has often grabbed headlines as well, but never for their welfare, and the issue is often politically motivated.

Illegal wildlife trade generates revenues between USD 7 and 23 billion annually: it is “the fourth most lucrative global crime after drugs, humans, and arms”

In comparison to other animal welfare issues (those that extend beyond what we have highlighted above), people’s awareness tends to be limited to issues pertaining to wildlife exploitation; in particular, tiger conservation and human-wildlife conflict (for example, with leopards and snakes). But animals are abused across the country and world, whether in laboratories, farms, or pet shops; and the abuse is often justified for human good.

One such example is the elephant

India has prohibited ivory trade since 1972, when the Wildlife Protection Act came in; however there are still concerns about the illegal trade and the animals’ treatment in captivity. Their exploitation is masked by activities they are forced into, such as leisurely rides; being chained in temples to give blessings; and being hired out for festivals, weddings, and celebrations, where they are often tormented amongst noisy, frenzied crowds.

This form of tourism is fuelling a rise in elephants captured from the wild and kept for entertainment. Such elephants are either bred in captivity or stolen from their mothers and made to undergo a process aptly named ‘breaking the spirit’, which subjects them to pain, starvation, confinement, and isolation.

Once the spirit is broken, the animal is subjected to poor working conditions. And in the absence of its natural environment, it begins to behave differently, swaying its head from side to side—a sight we have all seen too often. These conditions often result in stress, leading to instances of violence and human-animal conflicts. Elephants we see on television losing control are representative of the direct result of years of confinement and abuse.

In India, elephants are epitomised as symbols of a very popular Hindu god, and yet their treatment has been just the opposite.

What then, can we say about the fate of lesser known species?

Pangolins, for instance—scaly ant-eaters who are targeted mainly for their meat and scales—are the most trafficked mammal in the world. It is believed that since 2000, more than one million pangolins have been traded internationally.

These shy creatures are valuable to both people and the ecosystem. They protect crops because they are natural pest controllers, and reduce the need for toxic insecticides. Their sharp claws, long snouts, and tongues help aerate the soil, and more so, each pangolin can eat millions of insects each year.

Their meat and scales are usually exported to China for making traditional Chinese medicines, cosmetics, and jewellery.

These are just two examples; there are plenty more. In fact, so severe is the illegal wildlife trade–generating revenues between USD 7 and 23 billion annually–that it is “the fourth most lucrative global crime after drugs, humans, and arms”. 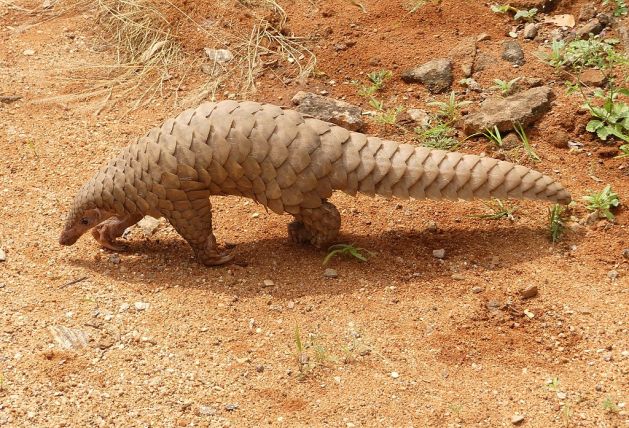 Pangolins—ant-eaters who are targeted mainly for their meat and scales—are the most trafficked mammal in the world | Photo courtesy: AJT Johnsingh, WWF-India and NCF, Wikimedia Commons (CC BY-SA 4.0)

And this is just the tip of the iceberg

The suffering that sinks the titanic, is of those animals that are raised for food. This is an issue that is so neglected that even most of the animal protection community turns a blind eye.

Animal agriculture, which was once predominately carried out by smallholder farmers and considered a symbiotic relationship, has now been highly industrialised where the single point of focus is to increase productivity per animal. In our desire to do this, we have trait selected chickens to grow so freakishly fast that their own skeletons cannot hold their body weight. These abnormally large animals are then used for meat.

More than 80 percent of India’s eggs come from egg-laying hens confined in small cages, termed ‘battery cages’, where they cannot stand up straight, turn around, or spread their wings. The space given to each is reportedly less than an A4 size sheet of paper.

Factory farms don’t inflict harm just on animals; there are environmental impacts as well. The volume of waste that is allowed to accumulate in factory farms presents an enviornmental hazard. Water quality issues also arise from factory farm-generated waste, which include contamination of surface water and ground water. In addition, the microbial breakdown of organic carbon and nitrogen compounds in the animal manure can contribute to air pollution and odour problems. Emission of noxious levels of gases puts workers and nearby residents at risk of developing several acute and chronic illnesses.

What has India done to address some of this?

All is not grim. India has historically enacted good laws; for instance, the Prevention of Cruelty to Animals Act enacted in 1960 by the Parliament of India, prevents the infliction of unnecessary pain or suffering on animals. This act has been utilised to appeal to the government against nefarious acts committed towards animals. India also enjoys one of the strictest wildlife protection laws. While some countries are now waking up to regulating trade in wildlife—a case in point being ivory trade—India leads the prohibition on ivory trade, including that of the extinct mammoth to prevent any proliferation of the trade.

Some of the biggest triumphs for animal welfare in India in the last decade, saw the ban of dolphinariums (aquariums for dolphins) in 2013, by the Ministry of Environment and Forests. In addition, the Government of India banned animal testing for cosmetics in 2014, followed by a prohibition on the import of cosmetics tested on animals, placing India on the map for scientifically progressive countries.

India has also prohibited the export of shark fins for use in shark fin soup. (Did you know that India was the third largest shark landing nation in the world?) We are also one of the few nations which does not allow wild animals in circuses. The government is now planning to remove all animals from circuses.

While these are positive developments, regulators and the government constitute just one slice of the pie. What we need today is widespread acceptance of animal protection as a serious social issue. Animal and non-animal social sectors must recognise their intersectionality and work together. Corporates need to look at what role their institutions are playing in animal cruelty, be it procuring battery caged eggs or team outings at captive animal spaces.

Mahatma Gandhi once said, “The greatness of a nation and its progress can be judged by the way its animals are treated”. India has the potential to lead the world in animal welfare, however the tendency to look at animal welfare issues in a vacuum rather than as an interlinked issue with other civil society concerns, has prevented this movement from being taken seriously.