The Ocean at sunset seen from SPC headquarters in Noumea. Credit: Cameron Diver

NOUMEA, New Caledonia, Nov 18 2019 (IPS) - In just under a month, countries around the world will gather for UNFCCC COP 25. The hashtag for this year’s “Blue COP” is yet another reminder to us all that it is “Time For Action”. We can no longer afford to wait as the effects of the climate crisis become ever more present. Vulnerable populations, whether from Small Island States, the rural heartland or the world’s megacities, are becoming ever more vulnerable, and the wellbeing of people and planet continues to face its most existential threat.

At the Pacific Community (SPC), we are confronted every day by the striking dichotomy between the extreme vulnerability of our small island/large ocean Member States and the remarkable resilience and climate ambition of their peoples. We are also challenged by a new reality: under the effects of climate change, the islands and peoples of the Blue Pacific continent are both sustained and threatened by the ocean.

Responding to this reality, in 2018 Pacific Leaders adopted an expanded definition of human security to include the implications of climate change and environmental degradation, and, in the 2019 Kainaki II Declaration, they called for “urgent, transformational global climate change action” to limit global warming to 1.5°C, transition out of fossil fuels, achieve net zero carbon by 2050, increase global climate finance and invest in science-based initiatives to improve our collective understanding of risk and vulnerability, while providing a robust evidence-base for informed policy making. The Kainaki II Declaration is also a milestone in its express recognition of the ocean-climate nexus and its appeal to “all parties attending COP 25 to welcome the focus on oceans, consider developing a work programme on oceans within the United Nations Framework Convention on Climate Change process and convene a workshop on the climate-ocean nexus in 2020”. 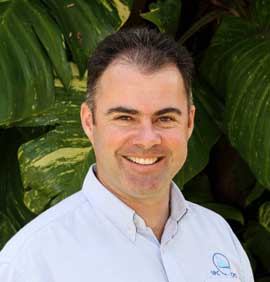 But it is not only for the island Nations of the Pacific that the nexus between climate change and our ocean is critical. It is just as vital for other Small Island Developing States and, whether they realise it or not, for countries and peoples around the globe, from the coastline to the highest mountains and the farthest reaches of the planet’s great continental landmasses. The recent IPCC Special Report on the Ocean and Cryosphere in a Changing Climate (SROCC) highlighted that “It is virtually certain that the global ocean has warmed unabated since 1970 and has taken up more than 90% of the excess heat in the climate system” with observed negative impacts on ecosystems, people and ecosystem services. The SROCC underscored the risks this creates for, among others, biodiversity, water use and access, vulnerability to extreme weather events, changes in the distribution of natural resources and “intrinsic values important for human identity”.

In this context, where ocean change is driven by climate change and each, in turn, compounds the negative impact of the other, we cannot ignore the science and we should not ignore the crosscutting benefits of combined ocean/climate action. And SPC is already bringing its capacity and partnerships to bear to take action.

As a partner of the Because the Ocean Initiative and the Ocean Pathway Partnership, SPC supported the third regional workshop on the integration of the ocean into NDCs under the Paris Agreement, together with a special ocean-climate negotiators symposium in May 2019. Over past years, SPC’s teams have implemented significant programmes of work on the restoration of ecosystem services and adaptation to climate change, contributed to the Pacific Marine Climate Change Report Card, led and published research on the vulnerability of tropical Pacific fisheries and aquaculture to climate change and, with our partners, developed projections for the future geographic distribution of tuna stocks under the effects of a warming ocean. And through platforms such as the Pacific Community Centre for Ocean Science (PCCOS), we will convene partnerships, facilitate knowledge exchange and action to strengthen the collaborative contribution ocean science can bring to climate action, as one of our key initiatives under the upcoming United Nations Decade of Ocean Science for Sustainable Development.

From 2 to 13 December in Madrid, under the incoming Chilean presidency, SPC fully intends to leverage the opportunity provided by the “Blue COP” and mobilise its partnerships to highlight the powerful synergies between ocean action and climate action. We will be convening several events presenting a Pacific perspective on the SROCC, highlighting the impact of climate change on maritime boundaries, emphasising the contribution of ocean science for climate action and outlining a 2030-2050 vision for resilient, green and clean ports in the Pacific islands region. At SPC, we are convinced that to deliver on the promise of the Paris Agreement, we need a healthy and sustainably managed ocean. As such, we are also working actively with our Member States and partners like the Green Climate Fund, the European Union, the Agence Française de Développement and others to integrate the ocean into projects that will strengthen action for climate change mitigation, adaptation and resilience in the Pacific.

The celebrated Pacific author Epeli Hau’ofa wrote “the sea is our pathway to each other and to everyone else, the sea is our endless saga, the sea is our most powerful metaphor, the ocean is in us”. That eloquent statement of a fundamental ocean identity comes from the heart of Oceania, from the strength of the cultures and traditions of the Blue Pacific. Imagine how powerful it would be if we collectively harnessed “the ocean in us” as a driving force for increased climate ambition and enhanced climate action. COP 25 is our chance to do just that! It is our chance to ensure the ocean is recognised as part of the climate solution. And it is our chance to embed the nexus between climate change and the ocean into our thinking, our cooperation and, above all, our action.