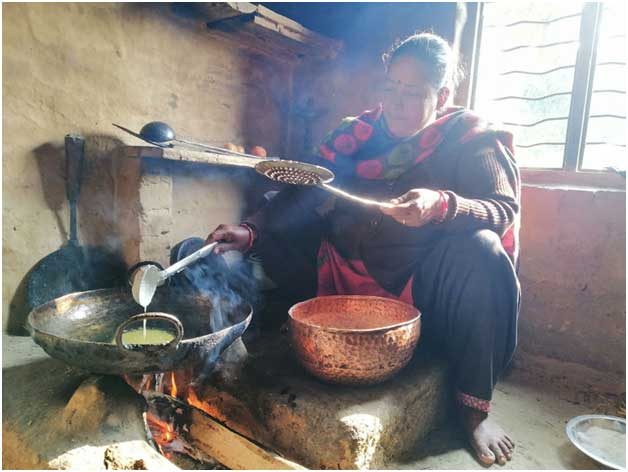 Use of Biomass for household cooking

The simple question is, what happens to our health and environment if the same air gets polluted? The short and simple answer is, “pollution kills”.

Biomass burning (BB) in rural kitchens is still the primary source of energy particularly in developing countries. Around 3 billion people rely on open fires or simple stoves for cooking.
The World Energy Outlook report of International Energy Agency 2011 claimed 39% of the global population use biomass fuel either for cooking or heating and are largely consumed in developing nations.

For instance, the earlier findings during 2000s reported more than 80% of domestic energy in India is from biomass of which ~ 90% of the households use animal dung or wood for cooking. Huge amounts of gaseous and small sized particles that can enter into our lungs are released from the household BB or from rural kitchen.

This adversely degrades the indoor air quality and seriously affects human health and on a larger scale contributes to climate change and global air pollution.

Ishora Devi – 50, is one of the regular users of biomass fuel in a traditional cooking stove. Every day she wakes up around 4:30-5:00 am, and burns the traditional stove to cook food for humans and animals (buffalo). She had a family of 8 members including her and two buffaloes.

Usually she burns on the stove 3-4 times a day and each time it lasts up to 1-2 hours, which means in a day she spends around 4-8 hours near the cooking stove in a smoky zone. She explained, “I use around 10 kg of firewood each day.” 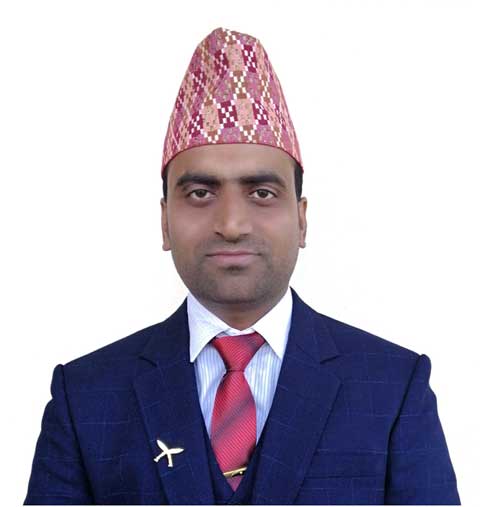 The ceiling of her kitchen has already changed its color and turned in to black due to continuous burning of firewood and emission of soot particles. Similarly, the color of the door shows a significant difference in color i.e. the lower half is normal whereas upper half is brown or almost black.

This indicates, the smoke once released is hotter and lighter therefore tries to accumulate near the ceiling. Thus, a person who works in the kitchen by standing is more likely to be affected compared to the one who works by sitting.

Ishora Devi is just a representative of billions of people using biomass fuel who spends most of their life in the smoky environment. Most of the kitchens are not well ventilated therefore the air inside the kitchen cannot flow smoothly thus could cause suffocation.

The researchers used the state-of-the-art technology of dual carbon isotope fingerprint (δ13C/Δ14C) to come-up with this solid decision. The small-scale crop residue burning is frequently observed in rural sites over South Asia. Such open burnings release tremendous amounts of gases and aerosols which once released into the atmosphere, degrades its quality.

Dr. Lekhendra Tripathee from Nepal, an assistant Professor at Chinese Academy of Sciences, who is working in the field of air pollution in Himalayas and Indo-Gangetic Plain over the last eight years, claims, “the air pollution has no political boundary and could easily transport from one site to the other.”

He further added, “Humans are the polluter and victims of their action. The more we control the emission, the safer environment we will have to live in.”

Professor Cong Zhiyuan at Institute of Tibetan Plateau Research, Beijing, China, identified the transport of biomass burning emissions from South Asia to Tibetan Plateau and their impact on fragile and sensitive ecosystems in his paper published in Scientific Reports in 2015.

Biomass burning releases huge amounts of gases and aerosols related to carbon, nitrogen, sulphur and many more which are more likely to threaten the human life, climate and ecosystem therein. 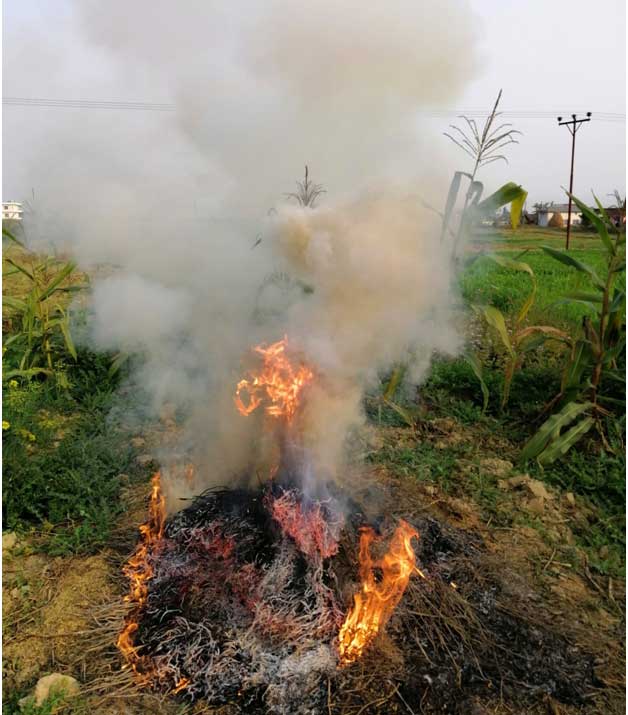 The World Health Organization (WHO) in 2012 estimated worldwide annual premature death of 4.3 million people as a result of indoor air pollution caused by biomass combustion during cooking.

In general, of the all deaths from lung cancer, ambient air pollution accounts for 29% and almost half (~ 43%) of the deaths from chronic obstructive pulmonary disease is caused by air pollution.

Women, children and aged people are mostly the victim of indoor air pollution. WHO reported, death of children under 5 years of age due to pneumonia is the result of particulate matter (soot) inhaled from household air pollution.

In short, air pollution is a global problem and more serious in the case of South Asia where biomass burning is extremely high. The increase in dependency over renewable energy such as hydroelectricity could help to maintain the atmospheric environment.

*Hemraj Bhattarai is a graduate student from the Institute of Tibetan Plateau Research, University of Chinese Academy of Sciences, Beijing, China. Currently, he works at the Kathmandu Center for Research and Education on issues relating to air pollution in the Himalayas and South Asia.