COVID-19 – China Tells World Health Assembly They Did their Best

At the World Health Assembly, Chinese President Xi Jinping said they did their “best to stem cross-border transmission” of COVID-19 and help other nations. 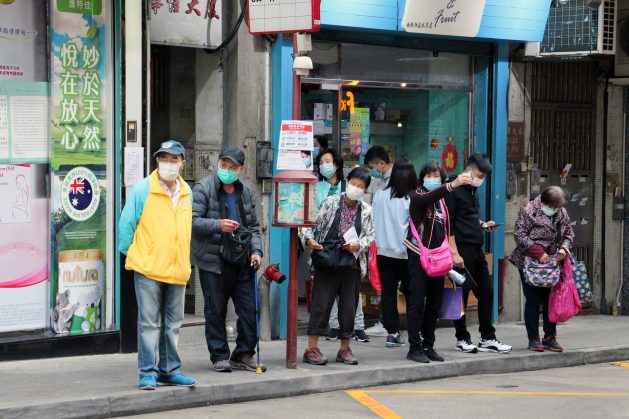 People wearing face masks at a Bus stop in Macau, China near a public hospital. This week’s 73rd World Health Assembly had member states adopt a resolution to review the global response to the coronavirus pandemic. Photo by Macau Photo Agency on Unsplash

UNITED NATIONS, May 20 2020 (IPS) - This week’s 73rd World Health Assembly had member states adopt a resolution to review the global response to the coronavirus pandemic. The World Health Organisation (WHO) will also undergo  an evaluation for its response to the outbreak.

At the virtual assembly, Chinese President Xi Jinping outlined China’s response to the COVID-19 pandemic, saying they did their “best to stem cross-border transmission” and to help other countries in need. He said in that China supported the idea of a “comprehensive review” of the world’s response to the pandemic, once it has been contained, in order to measure efficiencies of the responses.

“This work should be based on science and professionalism, led by WHO and conducted in an objective and impartial manner,” Xi said, adding that “solidarity and cooperation” are the strongest way to defeat the virus.

Xi also announced that China  would fund $2 billion over the next three years, with a focus on developing countries, to support their  efforts to combat COVID-19.

China’s response to COVID-19 has also come under heavy scrutiny, especially as reports continue to emerge that China may have a significantly higher number of COVID-19 cases than the country’s data shows.

President of the assembly, Keva Bain from the Bahamas, lauded the WHO and its director Dr. Tedros Adhanom Ghebreyesus, calling his leadership through this time “inspiring.”

“This era of COVID-19 ushers in new technology,” she added. “It requires new knowledge, new innovations, flexibility, [and] meaningful, respectful country interactions as well as new and greater global partnerships.”

The assembly ended on the heels of United States President Donald Trump presenting his letter to Tedros, which defended cutting support  to the organisation in April.

In the letter posted on Twitter, Trump claimed the WHO did not maintain the same level of scrutiny for China as it did for the U.S. and that its failure to hold China accountable for its lack of transparency regarding data of its COVID-19 cases has “been extremely costly for the world”.

However, some experts believe that such harsh criticism of the WHO at this time could be problematic.

Dr. Jennifer Huang Bouey, a senior researcher at the Center for Asia and Pacific Policy, told IPS that the WHO has played a key role in containing a virus that is so global.

“I found it very unfortunate that this happened at this moment because WHO is in a primary position to do the coordination and the technical support for a disease that can cross borders,” she told IPS. “This is exactly the time that countries need to work together and help countries that have weaker systems.”

Bouey’s research has focused on how China’s public health response has been shaped since it first addressed the Severe Acute Respiratory Syndrome (SARS) crisis almost two decades ago. SARS is also a viral respiratory disease, caused by the SARS coronavirus or SARS-CoV.

“During SARS there was no data-collection system at all,” she said, “but after SARS the government put in a lot of funding to centralise the surveillance system.”

She attributed China’s failure to respond appropriately in part to the miscommunication between local and central government, belonging to a “very top-down system” where locals don’t want to be held accountable for an emerging disease.

Regardless, she said the disease is “ruthlessly revealing” some of the problems at both country level and international level, and that WHO should not be blamed for its initial response in January, because the scale of the pandemic was not fully realised at that point.

Meanwhile, other experts have said what will make a difference is how these current reactions translate to proper action in the future.

“It is one thing to talk about diagnostic tests, medicines and vaccines being universally, timely and equitably available, but if countries and multilateral institutions providing funding to developers do not do so with the necessary strings attached, then these will remain words on paper and will not translate into medicines in health care providers’ and patients’ hands,” Katy Athersuch, a senior policy adviser at Médecins Sans Frontières (MSF) Access Campaign, told IPS.

She said that it’s crucial that data and technology being used to test and document the cases are “openly shared to ensure that production can take place on the scale that is needed in order to provide for people everywhere in the world, not just for those in the highest income countries.”

Bouey echoed a similar sentiment, and said there are lessons every country can take from the crisis.

“We’re always in the cycle of either neglect or panic, so whether COVID-19 can help us overcome that — to put into a plan, or regulation, [to see] whether these surveillance systems are still sensitive and whether we are still up to date on the strategies for a pandemic — these are lessons for every state and also for international organisations.”