In Russia, which has one of the world’s worst HIV/AIDS epidemics with the rate of new infections rising by 10-15 percent per year and at least 1.2 million people infected, an already fragile healthcare system is buckling under the pressure of dealing with COVID-19. 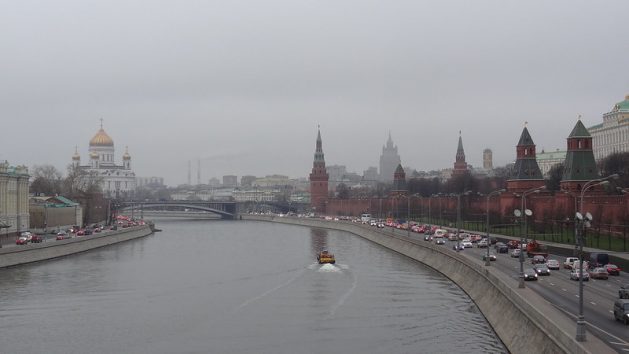 The Russian capital, Moscow. The country has one of the world’s worst HIV/AIDS epidemics with new infections rising at a rate of 10-15 percent per year and at least 1.2 million people infected. Credit: Ed Holt/IPS

BRATISLAVA, May 19 2020 (IPS) - In Russia, which has one of the world’s worst HIV/AIDS epidemics, an already fragile healthcare system is buckling under the pressure of dealing with COVID-19.

The country has the second-highest number of reported coronavirus infections (as of May 19), hundreds of hospitals have reported outbreaks and death rates among doctors and other frontline health workers have been far above that in other countries.

It also has one of the world’s worst HIV/AIDS epidemics with new infections rising at a rate of 10-15 percent per year and at least 1.2 million people infected.

According to a statement from Joint United Nations Programme on HIV/AIDS (UNAIDS), more than 100 of the country’s AIDS prevention and control centres have been “mobilised to support the country’s fight against COVID-19“.

While health officials assured that quality care for those with HIV continues, as resources are stretched to keep the COVID-19 in check, those working with people living with HIV (PLWHIV) say they have experienced problems.

Speaking on condition of anonymity, one source told IPS: “There are people trapped in one part of Russia but not registered as living there because of the lockdowns. This means they cannot get their medication.

“Then there are migrant workers who normally bring their meds with them, then go back home after a few months to get their refill. They cannot get them now. Or there is a single mother who cannot leave their kids at home to get their medicine. So, volunteers deliver them to these people’s doors.”

Sources told IPS that local community groups and volunteers have also resorted to making illicit arrangements with doctors to deliver ARVs to people who need them.

“This is not something that is openly talked about because the people involved in this should not be doing this, but doctors realise they have no other choice or people could die,” one source said.

Disruptions to treatment for PLWHIV can be fatal. If a person adheres to treatment, their HIV viral load drops to an undetectable level. But if ARV treatment is not regular, a person’s viral load rises, affecting their health and potentially eventually leading to death. Even minor interruptions can affect the health of PLWHIV.

Although the World Health Organisation has said there is no evidence that the risk of infection or complications of COVID-19 is any different among PLWHIV who are clinically and immunologically stable on antiretroviral treatment compared with the general population, it is thought that people who have compromised immune systems are at greater risk of suffering severe illness from COVID-19.

Lockdowns across the country have also made it difficult for people in at-risk groups, such as drug users and sex workers, among others, to access harm reduction services.

Some facilities which provided treatments for drug users have been repurposed to deal with COVID-19 and it has also been decreed that drug users can only get treatment for drug dependency if they are in an acute condition.

There are concerns that these limits on the availability of treatment for drug users could push them into more risky drug-taking behaviour and put them in more danger of contracting HIV.

Anya Sarang, President of the Moscow-based Andrey Rylkov Foundation (ARF), a grass-roots organisation with a mission to promote and develop humane drug policy, told IPS: “But what is defined as an acute condition? These [drug users] are among the most vulnerable people in society at the moment and they cannot get help.”

Job losses during the crisis have also had an impact, driving some into poverty.

Sex workers are among some of those who have suffered most financially during the pandemic.

“They are having a very hard time. Many have lost all their work, and then lost their homes, and are now struggling to even eat, let alone get HIV medicines,” a senior worker at one NGO working with PLWHIV told IPS.

Meanwhile, Enji Shagieva, secretary of the Russian Forum of Sex Workers (RFSW), wrote for the AFEW health rights organisation earlier this month outlining the risk that many face.

“Organisations working with sex workers have cancelled outreach visits to places where sex workers still continue their activities, at their own risk. HIV testing and the distribution of condoms have been stopped. Sex workers still need condoms…,” she said.

Amid these problems, though, networks of local organisations and activists are working to ensure vital services are still being provided for PLWHIV and at-risk groups.

Russian NGOs explained to IPS how they had adapted to lockdown restrictions to find ways to continue providing harm reduction services, including providing clean needles and syringes for drug users to lessen the risk of contracting HIV.

Sarang said: “We normally went out for three or four hours every night and set up a mobile point where people could come and get needles etc. but we had to stop that during lockdown.”

“But we have managed to carry on using existing community networks in our city for needles/ HIV test distribution, increasing digital outreach, and case management, for example taking people to pick up their medicine,” she added.

Hader said HIV treatment and prevention delivery systems already in place in many developing nations could be altered to meet current challenges: “There are opportunities for innovation and flexibility in service models for HIV which mean that those services need not be interrupted. We can put services into the hands of the people that need them themselves.”

“I am optimistic that if there is the political will, then developing countries will be able to come up with solutions and that there will not be a competition [for healthcare resources] between HIV and COVID-19,” said Hader.

Meanwhile, ARF is also running support groups through social media and regularly collecting feedback from at-risk communities to talk to people and help them where possible.

“All we are doing is trying to help people that need it wherever we can,” Sarang said.