‘One CGIAR’ with Two Tiers of Influence? The Case for a Real Restructuring of Global Ag-Research Centres

This is an abridged version of an open letter by IPES-Food to the CGIAR on 21 July 2020. 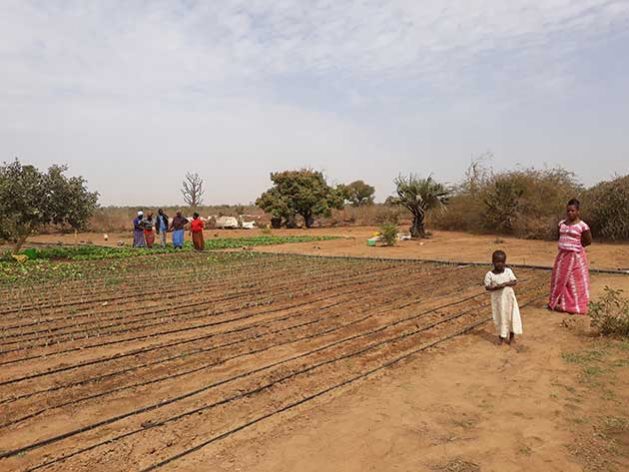 BRUSSELS , Jul 22 2020 (IPS) - While the ‘CGIAR System’ may sound like a technocratic body, few organizations have exerted as much influence on today’s food systems as this network of global agricultural research centres. Since its inception at the height of the ‘Green Revolution’ in 1971, the CGIAR has driven advances in crop breeding and agricultural mechanization and modernization across multiple continents. Its mission – to develop knowledge and innovation for agriculture in the global South – is as relevant today as ever, in light of climate change, COVID-19 and a host of additional challenges.

The process now underway to reform the CGIAR is therefore of major public interest. The ‘One CGIAR’ process seeks to merge the CGIAR’s 15 legally-independent centres, headquartered in 15 countries, into one legal entity. The impetus has come from some of its biggest funders, notably the Bill and Melinda Gates Foundation, the World Bank, and the US and UK governments.

Reform of the CGIAR is long overdue. However, we are concerned that the current reform process, like previous versions, will fall short of the fundamental change that is required, and risks exacerbating major power imbalances in global agricultural development.

Firstly, the restructuring appears to have been advanced in a coercive manner, and without genuine buy-in from the global South. A ‘carrot and stick’ approach has been adopted: an increase in the overall CGIAR budget has been promised if the merger goes through, while centres resisting the move have allegedly been threatened with budget cuts. Insiders say that representatives from governments and agricultural institutes in the global South – the much-touted beneficiaries of the CGIAR and the Green Revolution – are generally against the merger, while the big funders and closely-affiliated scientific institutions are in favour. The two centres voting against the merger last week were the forest and agroforestry centres headquartered in Indonesia and Kenya respectively.

Secondly, there is insufficient diversity among the inner circle driving forward CGIAR reform. In the mid-1990s, when the CGIAR underwent an earlier restructuring, men from just four countries – the US, the UK, Canada and Australia – accounted for 85% of board chairs and directors. The CGIAR has subsequently made efforts to improve gender balance, and to bring on staff and board members from the global South. However, a true diversity of perspectives is still missing: many of those recruited have close associations with Northern universities and donor-led partnerships, while the voices of farmers, civil society and independent researchers in the global South are still largely absent. Only 7 of the 22 members of the CGIAR System Reference Group (SRG) – responsible for managing the transition process – are from the global South, of which two are already affiliated to CGIAR centres.

Thirdly, the proposed restructuring fails to equip CGIAR for the urgently-needed paradigm shift in food systems. Business-as-usual approaches to agricultural development are failing to address hunger and improve the livelihoods of smallholders, as shown by the shortcomings of the Alliance for a Green Revolution in Africa. Meanwhile, agroecological systems, which build resilience through crop/species diversity and natural synergies across the whole agro-ecosystem, are showing major potential – as recognized by the World Bank-led global agriculture assessment (‘IAASTD’), IPBES, the UN Food and Agriculture Organization (FAO), and a July 2020 statement by 366 scientists. The CGIAR has taken some steps towards systemic approaches, particularly through the work of some of its centres on participatory plant breeding, farmer-managed seed systems, varietal and species diversification for nutrition and resilience, biological control and agroforestry. But it has failed to mainstream these approaches: a 2017 study concluded that the “CGIAR environment was not conducive to implementing systems research”. Recent analysis by Biovision and IPES-Food found that, on average, CGIAR research programmes meet less than 20% of the indicators of systemic agroecological research.

While the basic shortcomings have been acknowledged in the current reform process, the CGIAR’s underlying philosophy does not appear to have shifted. The focus remains on scientific innovations being “deployed faster, at a larger scale, and at a reduced cost”, and provided to rather than developed with beneficiaries. By ushering in a single board with new agenda-setting powers, the restructuring may further reduce the autonomy of regional research agendas and reinforce the grip of the most powerful donors – many of whom have proven reluctant to diverge from the Green Revolution pathway.

Underlying all three of these problems is the disproportionate power of a handful of actors to control the purse strings and set the global agricultural development agenda. This reality risks undermining and short-circuiting the significant efforts to consult stakeholders over the past year.

It is therefore crucial to consider how these risks can be averted as the restructuring process moves forward, and to open a discussion on fundamental reform of the CGIAR. In order to rebuild its legitimacy and relevance, the CGIAR must: diversify its governance; put at centre stage the views of farmers, researchers, civil society groups, and governments in the global South; support transformative, transdisciplinary, agroecological research co-led by farmers and farmer organisations; collaborate with a broad network of regional, sub-regional and national research centres and universities to strengthen autonomous research capacity in the global South; and participate alongside the Rome-based agencies (FAO, IFAD, WFP) in the Committee on World Food Security (CFS).

Ultimately, the CGIAR system should mirror the food system we need: decentralized, context-specific, agroecological, and with more distributed and equal power relations.