Will COVID-19 Change the Global Balance of Power? 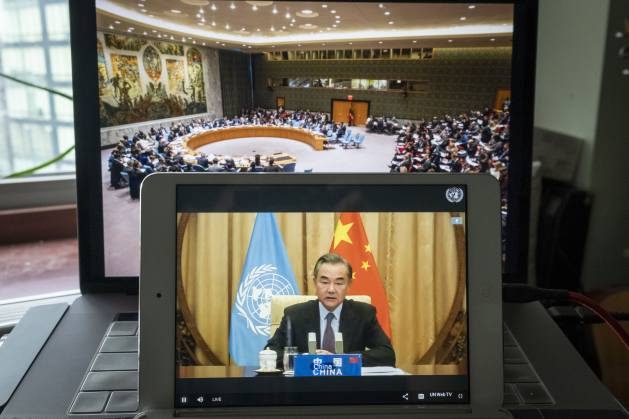 AMSTERDAM/ROME, Oct 5 2020 (IPS) - Lockdowns, social distancing, face-masks and other restrictions on personal and social behaviour have helped slow the progress of the COVID-19 virus. Enough to allow health systems to start catching their breath, for doctors to work out treatment protocols, and for work to start on a vaccine. There is now a need to take stock of the many other impacts the pandemic is likely to have, particularly at the economic and political level.

In terms of short to medium term impacts, the developed countries have been the hardest hit in terms of mortality, and their economies are projected by the IMF to shrink by 8% over 2020. More critically, the economic contraction will disproportionately impact the poor in these countries and accentuate the inequality that has been rising over the last 30 years.

The US stock market has regained all losses despite the fact that millions are jobless. The tech giants continue to post immense profits. Jeff Bezos, founder and major shareholder of Amazon, is now the richest man on earth with a net worth of over US$200 billion – this means that if he were to live another 40 years, and wanted to use all his money before dying, he would need to spend almost US$14 million a day! This, at a time when a growing number of people cannot afford decent housing, adequate clothing and proper nutrition.

It has become clear that widespread disease and death, helplessly watching one’s loved ones die, and being turned away from hospitals, are not things that happen only in poor countries

In contrast to what is happening in the advanced economies, many developing countries – particularly in Africa and Asia – have experienced lower mortality rates. This differential impact could be due to demographics – with the younger population in these countries proving more resilient.

Or it could be due to their more frequent exposure to other viruses which have built up their immunity levels. In some countries such as China, Viet Nam and South Korea it was clearly due to the Governments’ containment measures and the high levels of conformity to government guidelines.

Maybe this is why many countries in South and Central America that have been colonized by Europeans, also suffered heavily. But there are flaws in each of these hypotheses. Surely we will know more as data from hundreds of ongoing studies from around the world are completed, compiled and analysed. Or maybe we will never have a final definitive explanation.

In any case, the lower health impact in developing and emerging economies has meant a lower overall economic impact. According to IMF projections, the GDP in emerging markets and developing countries is expected to fall by 3% in 2020 (as compared to the fall of 8% in developed countries).

Some countries, particularly in South and Central America, have been badly hit, but there are many others which have got off relatively lightly. Among the major economies, China is the only one expected to post a positive GDP growth in 2020. Its exports have already rebounded and it is now running a massive trade surplus.

But in addition to its differential economic impacts, the pandemic has also changed perceptions. In developed countries, it has badly dented the view of many people who felt that they were living in a superior system which could withstand and cope with unforeseeable events.

That their higher standards of living, their state-of-the-art health care systems, their social cohesion, and the superior levels of institutional maturity would have made them less vulnerable. This feeling of comfort and complacency has been badly shaken.

It has become clear that widespread disease and death, helplessly watching one’s loved ones die, and being turned away from hospitals, are not things that happen only in poor countries.

Their self-confidence could be in for other jolts in the coming months. Many countries are seeing a rapid spike in cases in recent weeks especially in several European countries. One of the underlying factors is a phenomenon called compliance fatigue – a feeling of weariness after months of restrictions, and a tendency to ignore government guidance, claiming that the worst is now over.

This happened especially among the youth who started to disregard the repeated warnings of scientists and the authorities also because initially it seemed that only the elderly were at risk. They are now paying the price of this social anarchy and several countries are facing the spectre of new restrictions and lockdowns which is jeopardising the projected recovery for 2021.

The economic inequality and lower levels of confidence in the “system” will accelerate some major social and political trends in the developed world. It is difficult to foresee the details, but the disdain for global, national and local institutions which have failed to deliver for increasing numbers of people will continue to grow.

Populist parties, which have already used this growing disillusionment to increase their influence and to take power in many countries, are likely to grow stronger. A critical consequence will be that the isolationism seen in the past decade or so will increase with slogans such as “America First”, “Make Britain Great Again” and “Prima gli Italiani” gaining traction.

These factors are all pointing to a very different world from what we have been seeing. The traditional powers of the west are neither as strong economically, nor as confident of their social and organizational superiority. China, along with developing countries in Asia and Africa that have better weathered COVID storm, will likely increase their global footprint at a much faster rate that they have been doing in the past decades.

Will this make for a better and more equitable world?