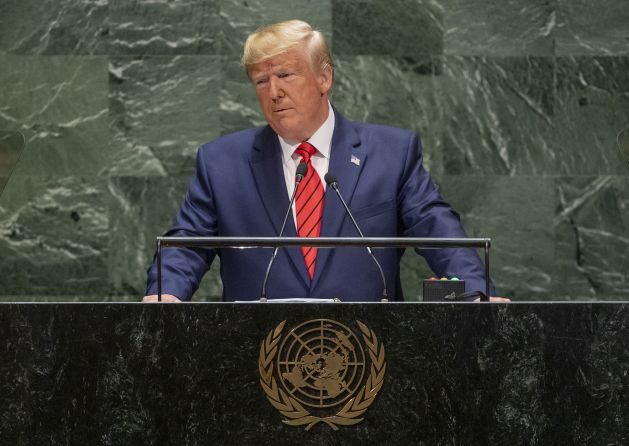 OXFORD, Nov 18 2020 (IPS) - American democracy has survived a dangerous virus, and it has even come off the ventilator, but whether it will be restored to full health or will suffer for a long time (like a long Covid) from the negative effects of the virus of personality cult, chauvinism, populism, racism, militarism and, yes let’s say it, fascism, remains to be seen.

So far, President Trump has refused to accept that he has lost the election, and instead of conceding he has alleged massive fraud and vote rigging. Instead of conceding, on November 17the he fired Christopher Krebs, the director of the federal agency that vouched for the reliability of the 2020 election.

Trump continues to claim that the election was stolen from him. His personal lawyer Rudi Giuliani has been engaged in desperate efforts in the courts to prove his boss’s unsubstantiated claims, so far without success. As late as November 15th, Trump tweeted: “He [Biden] only won in the eyes of FAKE NEWS MEDIA. I concede NOTHING! We have a long way to go. This was a RIGGED ELECTION!” [Caps as in the original].

Whether ultimately Trump will be forced to concede and move on, his repeated claims of vote rigging and a stolen election have discredited US democracy and have undermined the US reputation as a law-abiding country with a smooth transition of power

In the midst of a deadly pandemic which so far has infected more than 11 million and killed nearly a quarter of a million Americans, the largest number in the world by far, Trump’s refusal to cooperate with the incoming administration to stem the tide of the infections and the resulting economic recession is highly irresponsible.

However, whether ultimately Trump will be forced to concede and move on, his repeated claims of vote rigging and a stolen election have discredited US democracy and have undermined the US reputation as a law-abiding country with a smooth transition of power. There have already been many clashes between Trump’s supporters and opponents, and tension may increase and result in violence before he leaves office.

Four years ago, when the reality TV star and property developer Donald Trump, who had never held any elected office, pushed all his competitors aside and elbowed himself into the White House, despite all the predictions and despite having received three million votes fewer than his opponent, many people were wondering whether the US Constitution’s famed checks and balances would work.

As he broke every rule in the book, blasted the media, sidelined Congress, appointed partisan justices to the Supreme Court, openly criticized the US security services, pulled out of many international treaties, alienated many democratic allies and cozied up with a bunch of authoritarian rulers, it seemed that checks and balances had failed.

The longstanding fear of Trump’s use of force to stay in power, his constant belittling and insulting of his opponent, his encouragement of his base to stick by him, and various attempts to outlaw or at least delegitimize postal votes had caused a great deal of concern among ordinary citizens and even politicians and pundits about a peaceful transition of power.

However, American voters took the matter into their own hands and by voting him out of office as one of only five one-term presidents over the past 100 years they have restored grounds for hope and optimism, but whether the next administration can repair all the damage that has been done to democracy and the rule of law will remains to be seen.

President Trump’s efforts to hold on to power have been unlike anything that Americans have experienced in recent memory, and they resemble the efforts of some rulers in third-world banana republics where the defeated candidates resort to force to subvert the will of the people. “What we have seen in the last week from the president more closely resembles the tactics of the kind of authoritarian leaders we follow,” Michael Abramowitz, the president of Freedom House, which tracks democracy, told the Times. “I never would have imagined seeing something like this in America.”

Apart from undermining democracy at home, Trump and his aides may also engage in some catastrophic adventures abroad before leaving office. According to a New York Times’s scoop, in a meeting with his senior advisors on November 12th, Trump asked them if there were options for a US strike on Iran’s civilian nuclear enrichment facilities.

Apparently, they opposed Trump’s course of action because it could kick off a major war in the last weeks of his presidency. The fact is that Iran has not engaged in an illegal activity and has carried out civilian uranium enrichment under the IAEA supervision in keeping with the Iran nuclear deal (the Joint Comprehensive Plan of Action) which Trump violated, and as a part of his “Maximum Pressure”, imposed crippling illegal sanctions on Iran.

Therefore, not only would an attack on those facilities have constituted a war crime, it would also have resulted in massive casualties among civilians living near those installations. A 2012 study found that a strike on Iran’s nuclear facilities would kill between 5,000 and 70,000 people from the release of 1%-20% of the uranium hexafluoride gas at the Isfahan facility. However, if 50% or more of the gas were released the radioactive fallout would be proportionately larger. Even contemplating such an attack shows the extent of his irresponsibility and even criminality.

Another cause for concern is that even if there is a peaceful transition, the long-term effects of the election are still unpredictable. The vote was not a clear, one-sided repudiation of Trump’s authoritarian tendencies and a return to the rule of law. Although the Biden-Harris ticket prevailed by an almost five million votes margin, Trump too received more votes than he did in 2016.

He continues to have a devoted base, and even after seeing the disastrous record of his rule during the past four years, nearly half of the voters voted for him again. This shows that although Trump was defeated by a small margin, Trumpism is still alive and well, and may pose a serious threat to democratic governance during the next four years.

The Democrats lost seats in the House and, contrary to predictions, failed to gain a majority in the Senate. The runoff elections in Georgia on January 5th may reduce the Republican majority in the Senate but the situation is far from ideal. So, it is still premature to predict the end of Trumpism and a return to political health.

The recent election has highlighted some flaws in the US’s electoral system. Although both Al Gore in 2,000 and Hillary Clinton in 2016 received more popular votes than their rivals they failed to be declared president on the basis of the number of Electoral College votes. This clearly goes against the principle of one-person one vote, and the majority vote deciding the outcome.

The Electoral College is a remnant of the debates in the summer of 1787. The Constitutional Convention debated three options about how to elect a president, election by Congress, selection by state legislatures and a popular election. It should be remembered that at that time the right to vote was generally restricted to white, landowning men.

The choice of the Electoral College was to provide a buffer from what Thomas Jefferson referred to as the “well-meaning, but uninformed people” who “could have no knowledge of eminent characters and qualifications and the actual selection decision.”

Surely, in the age of universal education and mass communication, those condescending arguments are no longer valid. The return to the principle of the majority vote will put an end to this anomaly among democratic countries. 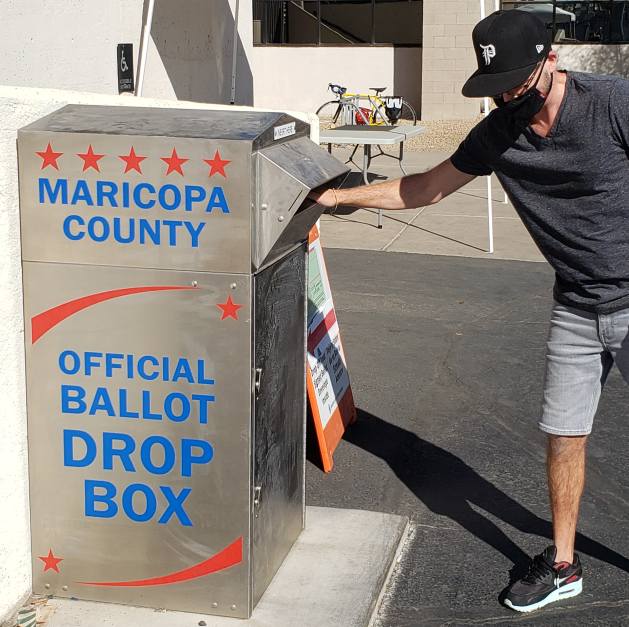 The whole system of voting also needs changing. At the moment, there is no uniform pattern of voting and different states have their own rules. As a result, there have been unnecessary disputes about postal votes, votes received too late, etc. In most other democratic countries there are clear rules of voting and the results are often announced shortly after the end of the election.

The third problem is the duration of transition from one administration to the next with the possibility of mischief by an irresponsible incumbent. In Britain, for instance, the outcome of the election is usually known by the following day when the transfer of power takes place, and the new prime minister moves into 10 Downing Street as the previous one leaves.

These are surely issues for consideration before the next presidential election. However, whatever happens, the fact remains that American democracy has been dealt a major blow as the result of Trump’s populist and authoritarian rule, and it will need a great deal of hard work, national unity and determination to reverse the trend. Sadly, the raging pandemic, the worsening economic recession and a divided society will make that task very difficult.