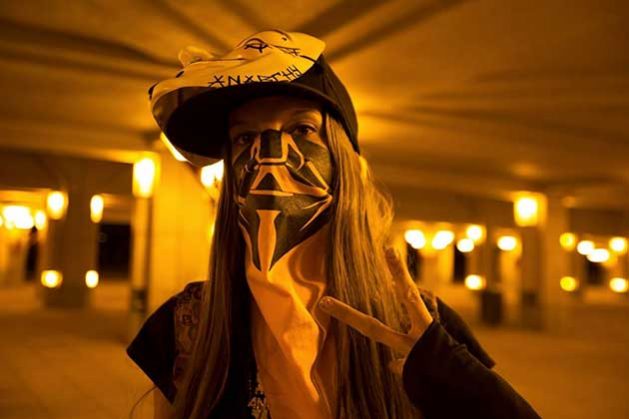 PARIS, Dec 10 2020 (IPS) - On Human Rights Day, civil society calls for the protection of civic space as a fundamental freedom, as more than 80% of the world’s population live in countries where civic space is closed, repressed or obstructed.

Protecting civil society and fundamental freedoms means protecting the rights to associate and assemble, to express views and opinions. Civic space is the bedrock of any open and democratic society. When civic space is open, citizens and civil society organizations are able to organize, participate and communicate, claiming their rights and influencing the political and social structures around them. But this is not the case for most citizens around the world, new data unveils.

A recent study on Enabling Environment, with data from over 40 National NGO platforms, by Forus, Cooperation Canada, and AidWatch Canada, finds that 40% of NGO platforms continue to face high levels of impunity in the use of excessive force against human rights, gender and environmental defenders, in particular in Sub-Saharan Africa, Latin America and Asia.

For 50% of NGO platforms, national laws and regulations are a key barrier to civil society activities in their country. In times of Covid, hurdles have multiplied, with 68% of NGO platforms noting that the health crisis was used to justify restrictions on their activities within the boundaries of legal and regulatory frameworks, and for 23%, the health crisis led to increased arbitrary restrictions.

“We’ve been really alarmed and we’ve spoken loudly through our megaphones, wherever we have been able to speak up, to say that governments should stop using the state of emergency to crack down on civil society,” says Sarah Brandt from Globalt Fokus, the Danish national platform of NGOs.

Some groups are more subject to harassment or interference by the government than others. In Cambodia, media outlets are particularly targeted. In Spain, the Occupy movement and those fighting against la “ley mordazas” or “gag law” introducing limitations on protests and imposing administrative sanctions against demonstrators both online and offline. In Colombia, Chile and Argentina, organisations representing indigenous, social leaders and trade unions are routinely scrutinized and attacked. In the UK, organisations that work with migrants, refugees, and the Muslim community face continuous pressures. In Denmark, the organisations being targeted include anti-establishment groups such as ANTIFA and Extinction Rebellion.

With increased surveillance, persecution and violence, only half of NGO platforms turn to national governments as institutional channels to promote accountability for attacks on civil society, while over two thirds use Human Rights Councils and the judiciary system. This shows the crucial role played by human rights institutions, which continue to be guardians of fundamental rights and never cease upholding democratic values. 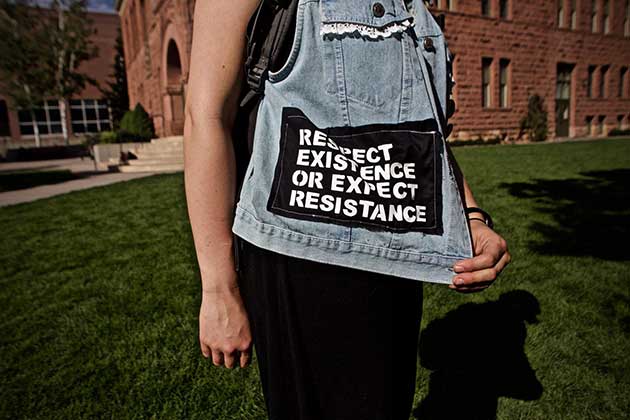 Carlos Andrés Orellana Cruz, joined ASONOG, the Honduran national platform of civil society organisations, to support local communities defending their territory from mining projects in one of the world’s most infertile lands when it comes to human and civil rights.

“The only way to protect ourselves is by protecting others. No struggle is or should be isolated, social change cannot happen in small groups of people seeking quotas of power, but in an active and mobilized citizen participation, with effective exchange of knowledge and commitment to principles of social justice and democracy,” Carlos explains.

In countries like Honduras, this is becoming increasingly difficult, as 2019 marked the deadliest year worldwide for frontline activists. In 2020, according to CIVICUS, attacks continued to target activists as well as journalists, and the Honduran government introduced a new criminal code enabling the criminalization of these actors. This dire context is coupled with the little support civil society receives from institutional channels. 42% of NGO platforms report examples of efforts by governments or other major development actor to actively discredit their work.

Lockdown has forced many protests off the streets, yet changes in the digital environment, including the implementation of new technologies, software and access to information, have positively contributed to an enabling environment for civil society, according to a third of NGO platforms interviewed in the study. In contrast, 40% have experienced mixed to negative impacts and 15% merely negative impacts, as online spaces exacerbate the risk of widening the digital gap, privacy breaches and crackdowns.

For activists like Yasmine Ouirhrane, former Young European of the Year and Founder & Podcast Host at We Belong, digital realms have opened new spaces for much needed cross-cultural dialogues. With her online platform and podcast she amplifies the voice of the “new daughters of Europe”, focusing on conversations with young women representing the diversity of the region, breaking stereotypes, navigating multiple identities, and challenging the conventional wisdom of what it means to “belong”.

“As Youth, we have been great advocates for our own rights. We have been outspoken: raising our concerns, tweeting our moods, demonstrating during Fridays for OUR future, even gaining seats at the decision-making table,” says Yasmine. “Yet, not all of us can speak up, not all of us are heard, not all of us are seen. Stories remain untold. The road for inclusion is still long and it’s time that we reflect on the invisible youth, the ones that have no means or hope to engage”.

The Forus Enabling Environment study calls for the inclusion of civil society in policy dialogues especially in rural and regional settings, in local languages and using diverse and locally appropriate technologies.

Only 7,5% of NGO platforms indicated that their governments effectively support civil society organisations with more limited capacities and resources.

This needs to change. Promoting a healthy civil society means protecting fundamental human rights, essential to the creation and maintenance of civic space, but more importantly of a healthy and just society.

The new report by Forus , Cooperation Canada and AidWatch Canada was produced with the financial support from Bread for the World and the French Development Agency.