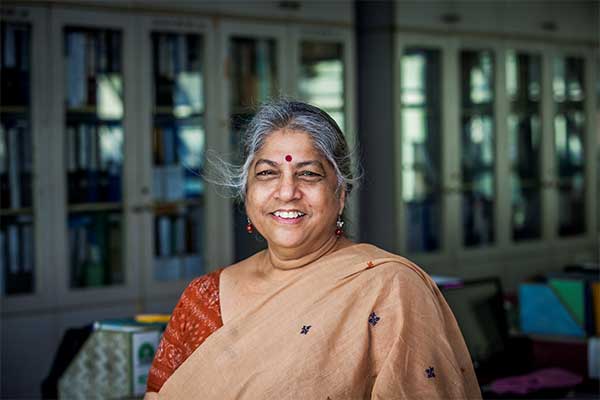 NEW DELHI, India, Jan 11 2021 (IPS) - In October 2020, Bangladeshi citizens took to the streets, outraged by the reports of gruesome gang rapes and sexual violence that were taking place in the country. According to Ain O Salish Kendra, a Bangladeshi human rights organization, 975 women were raped in the first nine months of 2020, 43 women were killed after being raped and 204 women were attempted to be raped by men in Bangladesh.

“There is a culture of impunity in the country and when it comes to accessing justice, corruption continues to be a major obstacle,” says Shireen Huq, women’s rights activist and founder Naripokkho, a non-profit organization that has been working on women’s rights and the impact of sexual violence in Bangladesh since 1983 to IPS News.

“Violence, male dominance and male aggression have existed for years, the tendency to glorify that these things didn’t happen in the past, and that it’s only happening now in our lifetime, is not true. Misogyny has been part of our culture, politics and society for centuries, especially across South Asia,” says Shireen.

In 2011, on the 40th year of Bangladesh’s independence, Naripokkho took up the cause of women who were subjected to grave sexual violence during the 1971 Bangladesh war. “The Forgotten Women of ‘71” is an initiative to both support Birangonas not yet recognized as eligible for state support and to launch a campaign for reparation and the restoration of their honour.

“Countless women were subjected to sexual violence by members of the Pakistani army and their collaborators and little had been done to stand by these women. Although the then newly formed independent Bangladeshi government within 6 days of victory conferred on them the title “birangona”, meaning warrior woman, in order to ensure that they were not subjected to the usual degradation and abuse that victims of sexual violence were subjected to in our culture. But unfortunately, this title became their bane and source of misery as it quickly turned into an abusive term.

Many families refused to take back their daughters when they were rescued from Pakistan army bunkers. Villagers pointed fingers and children threw stones at them. One of our Birangona sisters said, “because of what was done to me by Pakistani soldiers in 1971 you have robbed me of my life for the next 40 years,” says Shireen.

Survivors of gang rape and sexual assault regularly face social and cultural stigma, there is already lack of adequate access to psychological services and most importantly, there is a fear of losing their “honour” and bringing shame to their families when they are raped, and that makes it more difficult for women to testify or report crimes of sexual violence and assault.

“To call someone a “birangona” is to actually dishonour that person, and this narrative needed to be countered, that honour does not lie in a woman’s genitalia, what is a war crime should not be referred to as an honour crime.

“At the root of sexual violence there is a culture of misogyny and toxic masculinity that drives it. Looking at the gang rapes that happened in 2020 which sparked off a huge movement in Bangladesh in October, they were all committed by the student wing or the youth wing of the ruling party.

“Sexual violence has to do with the sense of male entitlement that it’s alright to invade a woman’s body. This is increasing because there is no rule of law right now, people know that they can get away with it,” says Shireen.

In order to protect vulnerable witnesses and victims of crimes, in 2006, a Witness Protection Act was drafted by the Bangladesh Law Commission, which is yet to be passed by the government. Without this law, gender-based violence remains one of the most pressing issues for human rights defenders in the country.

Earlier in 2017, Naripokkho started the ‘Standing with Rohingya Women’ initiative, following the reports of grave sexual violence preceding the influx of over 700,000 Rohingya refugees who crossed the border amid the escalating crisis in Myanmar’s Rakhine State.

According to a UN report, brutal attacks and sexual violence against Rohingyas in northern Rakhine State were organised, coordinated and systematically implemented with the intent of not only driving the population out of Myanmar but preventing them from returning to their homes, and this instigated Naripokkho members to take up their cause and “not fail this time”.

“Naripokkho carries the pain and regret of what their Birangona sisters were subjected to post-Independence and the abusive treatment that continues until today. For Bangladeshi women, it took 40 years to break their silence, but the Rohingya women were ready to tell the whole world what had happened to them, how it happened and who did it. We felt Narripokkho’s role was to amplify their voices and to make sure we stood by these women now,” says Shireen.

In December 2020, authorities in Bangladesh began relocating thousands of Rohingya refugees to a remote flood prone island called Bhasan Char in the Bay of Bengal. About 1,600 refugees were transported by a ship, raising questions about their safety and consent.

“I doubt it is entirely voluntary, but I won’t be surprised if there are those willing to move to escape these sub-human, overcrowded makeshift camps in Cox’s Bazaar, it undoubtedly could be a better option, but the question is, is the Bhasan Char Island secure? Is it safe? Should people be living on that island? Why did the government choose that Island when everyone is saying it is precarious?” says Shireen.

International NGOs and UN agencies have been concerned about this shift and have opposed it all along. Sections of the media have also been critical of the Bangladesh government on the Bhashan Char issue.

“I wish the international community would also invest more energy and resources to make Myanmar accountable for the crimes against humanity it has committed in unleashing organised violence, arson, rape and forced deportation of the Rohingyas. Myanmar must be made to stop the genocide of Rohingyas and to immediately take steps for a safe return of the Rohingya population to their homeland, recognising them as citizens,” says Shireen.