UN Secretary-General Antonio Guterres wrote on Twitter: “We must get to work to make sure the vaccine is available to everyone, everywhere. With this pandemic, none of us are safe until all of us are safe.”

Wearing a full protective suit, a woman doctor who leads a group of volunteer medical professionals attending to COVID-19 patients at a community hospital in the Philippines. Credit: UN Women/Louie Pacardo

NEW DELHI, India, Feb 4 2021 (IPS) - As the pandemic spills into its second year, the WHO tracker lists eight Covid-19 vaccines already in public use. Several others are awaiting regulatory approval. This is unprecedented in vaccine history and with effective international coordination, it presents the global community with a real chance for both pandemic and economic recovery in 2021.

Instead, however, the world is on the brink of a ‘catastrophic moral failure’ on vaccine distribution, to use the words of WHO director-general Tedros Adhanom Ghebreyesus. Countries are mired in a stalemate of ‘vaccine nationalism’, with the rich world having secured contracts to vaccinate their entire populations thrice over by the end of this year, while 85 poor countries will not get vaccine rollouts until early 2023, if at all.

This hoarding of vaccines by rich countries for profit constitutes ‘vaccine apartheid’, which not only grants rich countries an unjust privilege but also naively approaches the pandemic as a national or regional problem, despite its obviously global nature.

And as a recent study showed, vaccine nationalism could cost rich countries alone USD 4.5 trillion because of its global economic interlinkages.

But even with the imbalance already strongly in its favour, the European Union lashed out at pharma giant AstraZeneca when the company announced it would be delivering fewer than half the 80 million jabs it promised by March 2021, disrupting the bloc’s plans to vaccinate 70 per cent of its adult population by the end of the summer.

Meanwhile, a large majority of poor countries — most of the world’s population — will be lucky if they can vaccinate even 10 per cent of their populations by the end of the year.

Ursula von der Leyen, president of the European Commission, argued in November that the best strategy against the virus was geopolitical cooperation — not competition. Yet her ongoing fiasco with AstraZeneca has exposed the EU’s hypocrisy — as the EU threatened to invoke the same emergency provisions on behalf of Europeans that the EU are currently opposing for citizens of the global South. 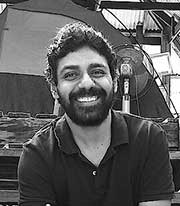 At the international level, rich countries and pharmaceutical corporations hide behind the innocuously named but disastrously enforced regime of ‘intellectual property’. Since its inception in 1995, the Agreement on Trade-Related Aspects of Intellectual Property Rights (TRIPS) has arguably been the World Trade Organisation’s weakest link.

AIDS: the global health crisis of the 1990s

When the HIV/AIDS epidemic was raging in the late 1990s, the prevailing cost of patented antiretroviral (ARV) drugs was over USD 12,000 per patient, per year. South African president Nelson Mandela led a worldwide revolt for access to affordable, lifesaving ARV drugs by overriding TRIPS provisions and launching a frontal attack on big pharma. In response to this call, the Indian generic drug manufacturer Cipla stunned the world in February 2001 by introducing a drug to fight AIDS at less than USD 1 per day.

Buoyed by this victory, developing countries fought off US and EU opposition in pushing for the November 2001 Doha Declaration on TRIPS, which underlined the right to public health and access to medicines.

Two decades and another global health crisis later, a similar script is being played out by the same set of actors.

The proposal has now gained heft with sponsorship by Kenya, Pakistan, Venezuela, Egypt and Bolivia, along with the endorsement of nearly 100 countries at the WTO. The WHO, UNAIDS and several UN special rapporteurs are also backing the waiver.

Just like twenty years ago, a powerful cabal of rich countries led by the EU, US, UK and Japan are blocking the waiver. They argue that a waiver on patents will undermine innovation and that the TRIPS already offers flexibilities for public health.

The waiver can play a critical role in rapid expansion of vaccine supplies.

Both these arguments are flawed.

A study of 210 drugs approved by the US Food and Drug Administration (FDA) between 2010 and 2016 showed that public funding from the National Institutes of Health (NIH) was the greatest contributor to research and innovation.

A more recent study showed that governments have allocated at least €88bn to Covid-19 vaccine companies in 2020, demonstrating the marginal role of corporate funding in innovation.

Developing countries have long argued at the WTO that stringent provisions in the TRIPS have made it virtually impossible to use the existing flexibilities, and any attempt to invoke flexibilities results in arm-twisting and retaliatory trade pressures from powerful members such as the EU and US.

The waiver can play a critical role in rapid expansion of vaccine supplies. Given that the expertise to manufacture the AstraZeneca vaccine is reasonably widespread, production can be expanded in firms across the developing world.

In India, its production has been licensed only to the Serum Institute of India, which is struggling to keep up with demand. It is a scandal that while AstraZeneca is charging the EU less than USD 2 per dose, Thailand — a far poorer country — is being charged around USD 5 per dose. Locating production domestically will also help countries to bring down costs substantively.

If the US and EU are serious about contributing to a cooperative global effort on vaccines, they should support the waiver proposal when it comes up for discussions at the WTO on 4 February.

The pandemic is a global problem that requires a global solution, not a few national ones. It is of the utmost importance that all countries take quick and decisive action to put people and health before profits. Only then can we defeat this pandemic.

Based in the Friedrich-Ebert-Stiftung’s Brussels office, International Politics and Society aims to bring the European political debate to a global audience, as well as providing a platform for voices from the Global South. Contributors include leading journalists, academics and politicians, as well policy officers working throughout the FES’s global network.