NEW YORK, Mar 5 2021 (IPS) - Almost exactly a year ago today, I packed my computer and a couple of necessities in the office in New York, hugged the colleagues, and headed home to what most people thought would be a couple of week’s Covid-19 lockdown. Little did we know. 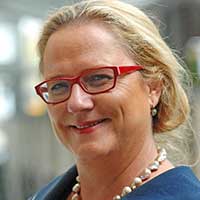 Despite Trump and the blows he and his administration had dealt to sustainable development, women’s leadership, LGBTQI rights, and the right of women to decide on their own bodies and lives, there were still some optimism on the gender equality front. The number of women in politics across the globe was slowly creeping upwards; new innovative contraceptives were hitting the market; the role of girls, women and gender equality in sustainable development, was getting a lot more traction; there was a growing attention to gender smart investing; and the worldwide Generation Equality Forum, hosted by the governments of Mexico and France with UN Women, was coming up as a unique opportunity to refuel and accelerate action around Sustainable Development Goal 5.

Taking stock today on International Women’s Day 2021 with its theme: “Women in Leadership: Achieving an equal future in a Covid-19 world,” the bag is a lot more mixed.

The COVID-19 pandemic has deepened inequality at large, and has disproportionately affected girls and women. They constitute the vast majority of the frontline health and social workers across the globe; they carry even more of the unpaid care work at home in locked down families than before; they are the victims of the dramatic surge in domestic violence spurred by lockdowns; many women have lost access to essential sexual and reproductive health care, like family planning and safe childbirths; and women have – to a much larger extend than men – lost their jobs and economic opportunities.

Women’s rights organizations have worked tremendously hard in the communities and on the fore-front of COVID-19. Back in the first weeks of the pandemic, I myself and the civil society led Deliver for Good campaign worked with the UN Secretary General and his team on how we could place girls, women and gender equality at the center of the UN’s COVID-19 work, and we also made sure that the UN COVID-19 response and recovery fund got a solid gender lens.

However, throughout the world, women have largely been left out of decision making on essential COVID-19 efforts. Only 3.5% of national COVID task forces have gender parity according to a study in British Medical Journal, and the brand new Global Health 50/50 report being launched on 8 March 2021 suggests that rhetoric is often used as a substitute for action, and reveals that the vast majority of programmatic activities to prevent and address the health impacts of COVID-19 largely ignores the role of gender.

There is a certain irony to this, as countries with women at the helm, like New Zealand, Finland, Denmark, Taiwan etc. have fared a lot better in dealing with the pandemic – and as countries with more women in political leadership in general do better in terms of both lowering inequalities and driving stronger economies. The answer to this dichotomy might be found in the latest Reykjavik Index by Women Political Leaders and Kantar, that measures how people feel about women in power. It shows that support is stagnating, and that it is even decreasing among younger men.

So, hard won progress has been rolled back. But there are also good news, which I as an eternal optimist, want to include in today’s stocktaking:

The global cry for racial justice has propelled a much and long needed focus on diversity, equity and inclusion in political, economic and social life. We are also seeing a surge in gender smart investing, with 2020 bringing some big, new and achieved gender-smart allocations. A global survey from Women Deliver and Focus 2030 from January shows that the vast majority of the surveyed voters consider gender equality to be an important cause governments should work towards, and support involving women in all aspects of COVID-19 response and recovery efforts. And the Biden/Harris win in the United States is manifesting in very diverse political appointments, in budget allocations, in commitments to sustainability and to gender equality, and the revoking of the republican Global Gag Rule that has prevented support to reproductive health across the globe.

The global Generation Equality Forum was postponed a year, and the work of its six action coalitions is gaining speed. Over the next three months all actors – heads of states, leaders from corporates and civil society organizations, celebrities, journalists, activists, young and old – will be meeting – mostly virtually – on multiple occasions to commit to transformative action, and show that a gender equal world is a healthier, wealthier, and better world for all.

So – as I am celebrating International Women’s Day 2021, it is on a backdrop of hope, some apprehension, and a lot of determination. The inclusion and leadership of girls and women, in all their rich diversity, is needed in every arena and at every level – in COVID-19 efforts, in politics, in the economy, and in general. If we don’t prioritize and invest in women’s leadership, the COVID recovery will be less effective, and the future will be less just and less sustainable. That is not the world we want!

The author is an executive adviser and leading global advocate on sustainability, gender equality, and women’s health and leadership. Katja was a member of President Macron’s and Prime Minister Trudeau’s G7 Gender Equality Advisory Councils, an advisor to the Clinton Global was one of the original members of 100Women@Davos, and was recently named Dane of the Year, as well as included in Apolitical’s Top 20 of the Most Influential People in Gender Policy.