These online offenses are often organized, coordinated or orchestrated, which could include State-sponsored ‘sock puppet networks’, acts of patriotic trolling, networked gaslighting or involves mobs who seed hate campaigns.

According to a report published by The International Center for Journalists (ICFJ) and UNESCO, vicious online violence seeks to silence women journalists and discredit their reporting has become a growing problem. “Because of their race, sexual orientation and religion, some women face even more frequent and vitriolic attacks. Online violence against women journalists are often linked to disinformation and political extremism, designed to smear their personal and professional reputations,” the report says. 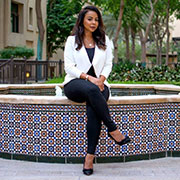 Reem Abdellatif, a prominent Egyptian-American journalist now based in the Netherlands left the Middle East due to the challenges and abuse she faced while working as a journalist in Saudi Arabia. Speaking to me Reem says, “I worked with Saudi State TV, which controls the narrative in the Kingdom and the Middle East. I was constantly pressured into glamorizing the Kingdom’s non-existent tourism sector, economy, and investment scene. I was working in close proximity to the Kingdom’s ruling elite, and when I tried covering and flagging festering core issues, such as women and human rights, poor tourism infrastructure, diversity, equality, inclusion in the workplace, bullying and harassment, for them that is where I went wrong and became a threat.

“Women journalists face difficulties in this region because we call for accountability. Authoritarian regimes fear sovereign women, especially survivors who openly discuss their lived experiences because we are resilient and people can relate to us,” Reem says.

According to Reporters Without Borders (RSF) in its 2021 World Press Freedom Index, Middle East’s most authoritarian countries – Saudi Arabia (170th), Egypt (166th) and Syria (173rd) – have taken advantage of the Covid-19 pandemic to reinforce their methods for gagging the media and reaffirm their monopoly on news and information.

The report also mentions how authorities continue to use surveillance to keep an eye on Saudi journalists, even when they are abroad, as Jamal Khashoggi’s murder in Istanbul in October 2018 illustrated. “In this region, still the toughest and most dangerous for journalists, the pandemic has exacerbated the problems that have long plagued the press, which was already in its death throes,” the report states.

“I have faced gendered attacks and systematic online trolling because I spoke up against sexual abuse, harassment and government repression. I have received death threats, and the trolls have used profanity to intimidate me, Twitter has become their playground. There is no room to agree or disagree in the media scene in MENA and the Gulf region, and women journalists who are unaffiliated with the state have no place in the Middle East, sadly.

“I left the Middle East in March 2020 to live a dignified life, where I could speak openly and freely about my experiences as a woman and help young girls and survivors of abuse to reclaim the narrative,” says Reem.

Return of “Red-tagging” in Philippines

Meanwhile in the Philippines, which ranks 138 in the 2021 World Press Freedom Index, the government continues to develop several ways to pressure journalists critical of the summary methods adopted by “Punisher” Rodrigo Duterte and his “war on drugs”. The Persecution of the media has been accompanied by online harassment campaigns orchestrated by pro-Duterte troll armies, which also launched cyber-attacks on alternative news websites, including the National Union of Journalists of the Philippines.

“Red-tagging” also returned in force in 2020 in the Philippines and one such victim was Lady Ann Salen, co-founder of the alternative media network Altermidya and editor of the Manila Today news site, who was arrested on firearms charges. The local police claimed they found 45 pistols and four grenades during the search. 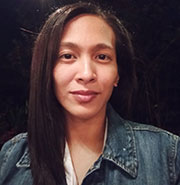 Women journalists work under military surveillance in this country, says Lady Ann Salen. “Online publications are hacked if they criticise the government, journalists get arrested, have their equipment confiscated, they receive death threats, hate-trolling and are locked out of their Facebook accounts,” Lady Ann says.

“My arrest on planted evidence and trumped up charges came only 9 days after the nationally televised red-tagging at the Senate hearing.

“It was December 10th, 2020, around two am, when the condo building’s security guard knocked on my door, police barged in with SWAT with their long firearms and full battle gear – around 20 of them, they made me and my companion face the wall, tied our hands behind our backs and made us neel on the floor for an hour. We were not allowed to make any calls to our lawyer or family members.”

Detained for almost 12 hours, Lady Ann said the whole search was conducted inside her “bedroom” and not any other part of the condo. “The police found a grenade wedged in the small mesh pocket in my everyday bag, gun amongst my laptop and hard drives, as well as from under my pillow. They found guns inside bags that did not belong to us. We were detained in four facilities in two months and three weeks of incarceration.”

Red-tagging for a long time has been a prelude to human rights violations, and a way to condition the public’s mind that if there were irregularities in the arrest or killing of somebody red-tagged, those people had it coming or even deserved it. In June 2016, when Rodrigo Duterte was sworn in as president, he had said, “Just because you’re a journalist, you are not exempted from assasination if you’re a son of a bitch. Freedom of expression cannot help you if you have done something wrong.”

“Despite these attacks and threats, women journalists in the country continue to rise, resist pressures, defend their ranks and defend press freedom in the country. We must continue to serve the people with journalism and our work is best exercised when it can contribute to just and meaningful changes in the lives of the people in this country – because a lot still needs to change,” says Lady Ann.

Iran’s media freedom rank is 174 out of the 180 countries in the latest press freedom index of Reporters Without Borders (RSF) 2021.

The RSF report says Iran is still one of the world’s most repressive countries for journalists subjecting news and information to relentless control and at least 860 journalists and citizen journalists have been persecuted, arrested, imprisoned and in some cases executed since the 1979 revolution.

The report mentions the Iranian authorities waged their fight against the freedom to inform beyond the country’s borders, putting a great deal of pressure on Iranian journalists working for international media outlets. 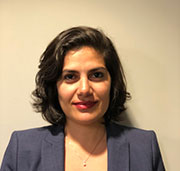 One such journalist is Negar Mortazavi, who has been living in the United States for almost two decades, but was forced into exile from Iran in 2009, during the presidential election and the green movement. She currently has an open case against her, and says “it is a big risk” returning back to the country.

“As an Iranian-American journalist and analyst, I have been covering both the human rights abuses of the Iranian government, as well as the negative impact of US sanctions and the dangers of military escalation between the two countries. I have been a vocal critic of the Trump administration’s policies towards Iran, as well as a critic of Iran’s repression against its own citizens. I have been a target of massive online abuse and harassment from various state-sponsored entities, both by the Islamic Republic, the United States government, as well as Saudi Arabian and Israeli online operations.

“They constantly try to discredit my work, post death and rape threats on a regular basis, incite others to attack me, they do everything they can to intimidate and silence me,” says Negar.

In 2019, Negar used her Twitter handle to draw attention to a series of inflammatory tweets that were trying to smear her work along with other American journalists and analysts on Twitter. Negar exposed the Iran Disinformation Project, a state department- funded initiative that claimed to “bring to light disinformation emanating from the Islamic Republic of Iran via official rhetoric, state propaganda outlets, social media manipulation and more.”

“In response to the complaints, the US State Department suspended the initiative’s funding, but some other projects and cyber armies still continue to smear journalists and analysts who are critical of US policies towards Iran. They specifically target women with a sexist and misogynistic discourse, to discourage us from participating in public debates.

“It is very challenging to cover Iran from a distance, and to cover US foreign policy towards the region in general. There are many powerful players in the Middle East and in Washington DC who do not like nuance, objective reporting and analysis about the region,” says Negar.

Violations of journalists’ rights in countries like Iran, which often arrest journalists on fabricated charges and subject them through unfair trials, long sentences, without proper legal support and medical attention while in prison, often have a strong gender element and a common thread to the abuse that is directed at women journalists.

“In traditional societies with strict state red lines, women journalists are always the top targets because the perception is, it is easier to intimidate and silence women. I know of so many female colleagues who have left social media temporarily or permanently because of the abuse. It is important for women in these times, to be bold, be brave, break these barriers, create alliances and find partners, to speak up and push against abuse and intimidation,” says Negar.