Ahead of World Oceans Day 2021 and the second UN Ocean Conference next year, UN officials stressed the need for ‘clear, transformative and actionable’ solutions to the ocean crisis. 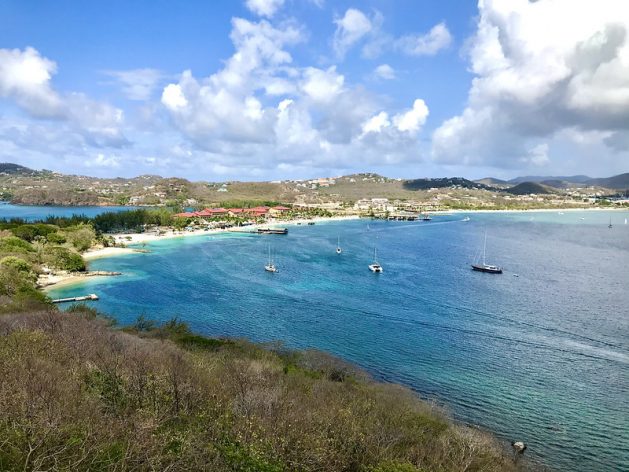 Beachfront hotels and yachts at Pigeon Point, Saint Lucia. The ocean supports a myriad of livelihoods on the small island states of the OECS – amounting to 30% of the labour force in some countries. Credit: Alison Kentish/IPS

UNITED NATIONS, Jun 2 2021 (IPS) - President of the United Nations General Assembly Volkan Bozkir has told a high-level debate on oceans that the world cannot afford to delay action on ocean protection. “There is simply no scenario wherein we live on a planet without an ocean,” he said.

The debate, which focused on the ocean and Sustainable Development Goal (SDG) 14: Life Below Water, took place on Jun. 1 at the UN Headquarters in New York.

It comes ahead of the Jun. 8 observance of World Oceans Day and against the backdrop of the pandemic-related postponement of the 2nd UN Ocean Conference – a major international gathering which seeks science-based solutions to sustainable ocean use.

The high-level debate was billed as a ‘drumbeat’ to maintain momentum ahead of the conference, now expected to take place in Lisbon next year.

The General Assembly President said the pandemic has revealed an “appetite for change” among people who do not want to live in a world of “one crisis after the next”. He said this change is possible.

“As our understanding of the true benefit of a healthy planet grows, policymakers are increasingly aware of how central a healthy ocean is to a healthy economy,” he said.

The UN has been at the forefront of efforts to mobilise financial, scientific, volunteer and community support for oceans, through initiatives such as the 2021-2030 Decade of Ocean Science.

The high-level debate builds on those ocean conservation and sustainable use measures. 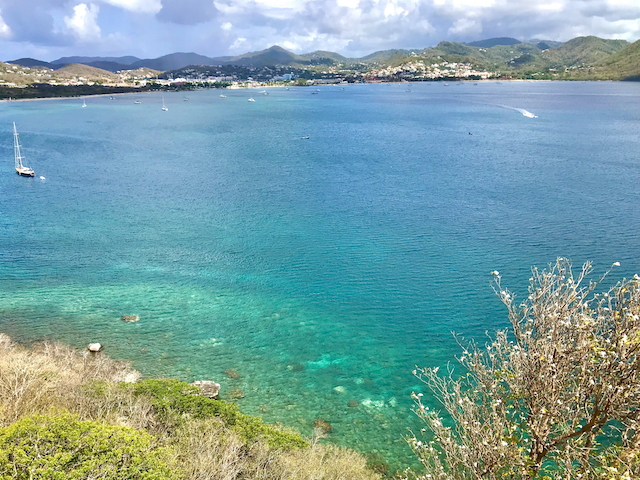 Pigeon Point, Saint Lucia. With 97 percent of the water on the earth’s surface, the ocean is vast. It serves as a source of food and energy, while facilitating commerce, transportation and communication. Sustainable Development Goal 14 lists specific targets to reduce pollution, protect marine ecosystems, tackle illegal and over-fishing and oversee sustainable resource use. Credit: Alison Kentish/IPS

Special Envoy of the Secretary-General on Oceans Peter Thomson told the forum that while there have been improvements on this front, including increased marine protected area coverage and a better understanding of the issues that impact the ocean, progress has not been adequate to address the ocean crisis.

“How can we claim success when a third of assessed global fish stocks are being overfished? When with no tangible end in sight, we have dumped around 150 million metric tons of accumulating plastic waste, microplastics and discarded fishing gear into the ocean? And while the rates of ocean acidification, deoxygenation and warmth are all continuing to head in the wrong direction?”

With 97 percent of the water on the earth’s surface, the ocean is vast. It serves as a source of food and energy, while facilitating commerce, transportation and communication. Sustainable Development Goal 14 lists specific targets to reduce pollution, protect marine ecosystems, tackle illegal and over-fishing and oversee sustainable resource use.

One region taking action to address ocean issues and achieve SDG 14 is the Eastern Caribbean.

In 2012, the Organisation of Eastern Caribbean States (OECS) established an Oceans Governance Team, a regional body that oversees work on oceans governance. The team helped to develop the Eastern Caribbean Regional Ocean Policy (ECROP) which articulates the countries’ vision for the ocean and principles of ocean governance.

One of the major ECROP initiatives is the Caribbean Regional Oceanscape Project, known as CROP. Through a partnership with the World Bank, CROP, with its tagline ‘championing resilient oceans for prosperity,’ is helping the Caribbean transition to a blue economy.

“We focus on economic growth, but we also ensure that we are conserving the resources, so that we are not damaging them and impairing our future benefits. It’s really the same sustainable development agenda, focusing on the economics, the environment and the social aspects relating to the oceans,” Susanna Debeauville-Scott, Project Manager in the Ocean Governance and Fisheries Unit at the OECS Secretariat, based in Saint Lucia, told IPS.

For the Caribbean, the goal is to propel discussion on ocean issues and action for the protection and sustainable use of its resources. The Unit is overseeing initiatives like Building Resilience in the Eastern Caribbean through a Reduction in Marine Pollution (ReMLit) to tackle marine waste.

A ‘tag an artiste’ drive based on the theme ‘more than just islands’ hopes to get entertainers in the region singing about oceans and promoting the islands’ blue space as ideal for a thriving blue economy.

The unit is hoping to highlight the critical importance of oceans and get journalists onboard through a special journalism challenge.

Debeauville-Scott told IPS that the Unit is gearing up for a virtual event on Jun. 8th – World Oceans Day. That activity will focus on mapping ocean wealth and marine spatial planning data and tools for improved decision-making in the Caribbean.