UN Women Executive Director Phumzile Mlambo-Ngcuka addresses the Secretary-General's Townhall. Calling the townhall-style meeting an opportunity to build the relationship between the Organization’s leadership and civil society, she said it is “part and parcel of our movement to work with you in different parts of the world.” Credit: UN Photo/Mark Garten

UNITED NATIONS, Aug 9 2021 (IPS) - The United Nations has long preached the wisdom of transparency and accountability to the outside world, but has failed to practice the same principles in its own backyard – or even on the 39th floor of the Secretary-General’s office in the UN Secretariat.

The opaqueness, ironically, is visible in most of the high-ranking appointments in the UN system, two of which—the posts of executive directors at UN Women and UNICEF—fall vacant soon.

Antonia Kirkland, the Global Lead on Equality Now’s programmes for Legal Equality and Access to Justice, told IPS: “We are concerned that the process for the selection of the third head of UN Women has been quite non-transparent”

She said the current Executive Director of UN Women has worked well with both civil society and governments “to advance our joint agenda for gender equality, culminating in over $40 billion of commitments at the Generation Equality Forum”.

“We know that to successfully achieve equality for women and girls, UN Women must be led by someone who has impeccable credentials in the field of women’s rights and significant experience in driving inter-governmental processes with excellent bridge-building and negotiating skills”.

So far, she lamented, “we have not had any transparency around the criteria used in interviews and the process being used to make the decision, which has caused apprehension and calls for accountability.”

Purnima Mane, a former UN Assistant Secretary-General and Deputy Executive Director of the UN Population Fund (UNFPA), told IPS appointments of senior leadership in UN organizations have always been an issue of interest and concern for civil society. 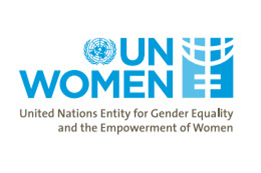 “The UN is seen by civil society as a key body which influences the issues it cares about deeply and in which it wants to have a larger say. Women’s rights are one such issue, making the appointment of the UN Women executive director of deep interest,” she argued.

She pointed out that the UN has always handled appointments of senior positions in a highly confidential manner and as a matter determined by Member States to a large extent.

Most partners of the UN are cognizant of the negotiations that happen behind the scenes between countries in the case of high-level UN appointments to ensure that their desired candidate is appointed.

“But civil society is now increasingly acknowledged as having a key role to play in implementing the UN’s agenda and monitoring how Member states perform on their commitments made in the UN,” she noted.

“It is not surprising, therefore that civil society is asking for more openness in senior appointments to ensure that its voice is heard. It also wants to ensure that a public vision statement makes the agenda of a potential candidate, transparent and to which he/she/they can be held accountable,” she said.

The major intention, Mane argued, is to see that the candidate with the best record and abilities is appointed and that the incoming executive director espouses a strong, rights- and evidence-based agenda of action, and respects the voice of civil society.

Last week, a coalition of some 380 civil society organizations (CSOs), along with 746 individuals, public figures and feminists, have expressed their “concerns with the process to recruit a new UN Women Executive Director.”

The joint letter to Secretary-General Antonio Guterres reads: “Because of the importance of UN Women to our work for women’s rights globally, many of us have signed two prior letters to you emphasizing the importance of a transparent process informed by civil society.”

“As this process unfolds, we have not seen those principles upheld,” says the letter.

When he introduced the report of the High-Level Panel on International Financial Accountability, Transparency and Integrity back in February 2021, Guterres said the panel provided a vision of a better system that works for all — as well as “recommendations for building more robust systems for accountability, transparency and integrity”.

Speaking of corruption as the ultimate betrayal of public trust, Guterres said back in 2017: “Together, we must create more robust systems for accountability, transparency and integrity without delay. “

But regrettably, all three elements are missing in most of the high-ranking and senior appointments at the UN.

He said it is necessary to see vision statements of the candidates and for civil society to participate in public hearings and interviews.

“This should be in the best interest of the UN itself as it impacts the future effectiveness of UN Women. By now this should really be a standard procedure for all top leadership positions at the UN,” Bummel declared.

Mane, who is also a former President and Chief Executive Officer of Pathfinder International, a global leader in sexual and reproductive health, said it is likely that many of the demands in the coalition letter will not be well-received by UN Member States.

The proposed process for the UN Women appointment, which is different from the UN selection process, is likely to be seen as setting a precedent for all senior appointments in future, leading to reluctance to bring in other players in the selection process.

“This is especially true in the case of civil society which some Member States regretfully see as their adversary and not ally,” she noted.

Moreover, deeper involvement of civil society and more transparency overall in appointments would in fact be the right step to take if the UN has to be respected by all its partners and stakeholders.

It would also send out a message from the UN that it acknowledges the key role which civil society plays, along with national governments, in translating the UN’s agenda into action, she added.

Mane also argued that NGO involvement in the interview panel is perhaps the most radical request included in the letter. Member States are unlikely to alter the process to include civil society more formally in the selection committee, as proposed.

“But asking for the ideal, is the right thing to do, even if it may seem difficult. A town hall, where candidates can engage in a dialogue with civil society is definitely doable and merits serious consideration”.

Such exchanges with potential candidates have in fact, been organized informally by civil society in the past and help to root for the best candidate as seen by civil society, even if it is not formally represented in the selection process, she noted.

“The UN needs to evolve in order to be relevant to the times, and inclusion and transparency are key to this evolution,” Mane declared.

According to PassBlue, a job advertisement has been released, and the deadline of June 28 has been extended, which suggests more applications are wanted.

Although the list of applicants is not public, so far, the current UN Women deputy heads, Asa Regner of Sweden and Anita Bhatia of India, are believed to have applied for the job.

Other candidates who are rumored to have submitted their names, PassBlue reported, are former UN Under-Secretary-General Radhika Coomaraswamy of Sri Lanka, Kang Kyung-wha of South Korea and Mereseini Rakuita Vuniwaqa of Fiji.

And candidates from the Arab region include Zineb Touimi-Benjelloun of Morocco and Sima Sami Bahous of Jordan, according to PassBlue, an independent, women-led digital publication covering the United Nations.

The UN is strongly encouraging young people to apply. Of the known list, Vuniwaqa, 47, is the only one under 50 years old. All the applicants have impressive leadership experience in the UN, their governments or both.

Meanwhile, in its letter, the coalition emphasizes the importance of the following:

● The list of candidates to the UN Women Executive Director position should be made public. This selection process should follow the precedent of the selection process for other United Nations leadership roles such as the High Commissioner for Human Rights and Secretary General by releasing the names. While confidentiality is vital in ordinary recruitment, the names of candidates in this and all UN agency searches should be made public.
● Candidates should have a public motivation or vision statement. It is important that all candidates provide a motivation or vision statement so that civil society can understand what they hope to achieve as the head of UN Women.
● A virtual candidates town hall should be held for civil society. Because the Executive Director must be able to interact effectively with civil society, all stakeholders should have a vested interest in seeing the candidates in a live virtual format. The town hall should happen prior to the interview panel so that the event can feed into the information collected for the interview process.
● Civil society should be properly represented on the interview panel. Ideally, half of the members of the selection panel should consist of representatives of civil society organizations. At a minimum we must have one representative from the Global North and one representative from the Global South.

The next Executive Director of UN Women is of vital importance to feminist civil society and other stakeholders globally. It is critical that this is a transparent and inclusive process.

“As feminist civil society organizations that routinely engage with UN Women, we look forward to seeing our requests adequately reflected in the process, and we are ready and willing to work directly with the search committee or appointed representatives to meet this aim”, the letter adds.