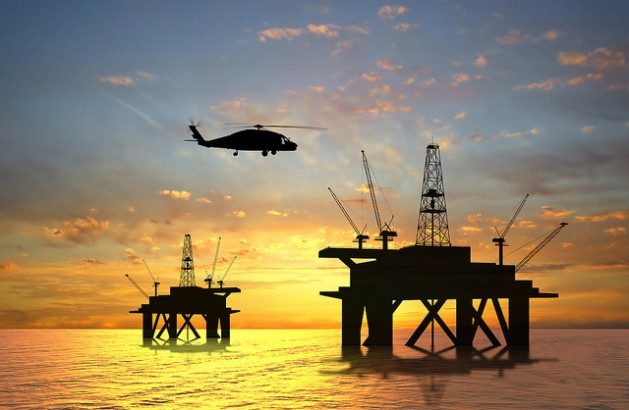 An offshore oil rig drilling platform. Globally, fossil fuel subsidies amounted to 5.9 trillion US dollars in 2020, according to an IMF report. Credit: Bigstock

MADRID, Nov 16 2021 (IPS) - It sounds incredible: while politicians have been cackling about the climate emergency and profiling in empty promises to halt it, they have spent six trillion US dollars from taxpayers’ money to subsidise fossil fuels in just one year: 2020. And they are set to increase the figure to nearly seven trillion by 2025.

Add to this that governments will double the production of energy from these very same, highly dangerous, global warming generators.

IMF study reports that globally, fossil fuel subsidies were 5.9 trillion US dollars in 2020 or about 6.8 percent of Gross Domestic Product (GDP). And that such subsidies are expected to rise to 7.4 percent of GDP in 2025

In a 2021 study: Still Not Getting Energy Prices Right: A Global and Country Update of Fossil Fuel Subsidies, the International Monetary Fund (IMF) reports that globally, fossil fuel subsidies were 5.9 trillion US dollars in 2020 or about 6.8 percent of Gross Domestic Product (GDP). And that such subsidies are expected to rise to 7.4 percent of GDP in 2025.

Commenting on this fact, António Guterres, the UN Secretary General, said that “… promises ring hollow when the fossil fuels industry still receives trillions in subsidies, as measured by the IMF. Or when countries are still building coal plants…”

Every country, city, company and financial institution must “radically, credibly and verifiably” reduce their emissions and decarbonise their portfolios, starting now, said Guterres.

Time running out for oil and gas?

Hard to believe when just 11 countries presented the Beyond Oil and Gas Alliance at November’s UN Climate Conference in Glasgow.

Ireland, France, Denmark, and Costa Rica. among others, as well as some subnational governments, launched a first of its kind alliance to set an end date for national oil and gas exploration and extraction.

One of the Alliance members’ representative, Andrea Meza, Minister of Environment and Energy for Costa Rica commented: “Every dollar that we invest in fossil fuel projects is one less dollar for renewables and for the conservation of nature…” she added.

According to UN Habitat, which deals with human settlements and sustainable urban development, cities consume 78 percent of the world’s energy and produce over 60 percent of greenhouse gas emissions – while accounting for less than two per cent of the Earth’s surface.

Inger Andersen, the head of the UN Environment Programme (UNEP) reported that “We build the equivalent of new buildings the size of Paris every week, and if that is the way we are expected to expand we need to think about how we do it because of climate, biodiversity, livability, quality of life. We need to build better.”,

She also pointed out that over half of the buildings that will be standing in 2060 haven’t been constructed yet.
According to UNEP, only 19 countries have added codes regarding energy efficiency for buildings, and put them in place, and most of future construction will occur in countries without these measures.

“For every dollar invested in energy efficient buildings, we see 37 going into conventional buildings that are energy inefficient. We need to move from these incremental changes because they are way too slow, we need a real sector transformation. We need to build better,” Andersen said, calling for more ambition for governments if they are to fill the promise of net-zero.

The transport sector is responsible for approximately one quarter of global greenhouse gas emissions, according to the Intergovernmental Panel of Experts on Climate Change (IPCC).

The sector’s emissions have more than doubled since 1970, with around 80 percent of the increase caused by road vehicles. The United Nations environment programme UNEP calculates that the world’s transport sector is almost entirely dependent on fossil fuels.

“A world where every car, bus and truck sold is electric and affordable, where shipping vessels use only sustainable fuels, and where planes can run on green hydrogen may sound like a sci-fi movie.”

This is how governments spend trillions of taxpayers’ pockets to subsidise fossil fuels that can only aggravate the ongoing climate emergency.