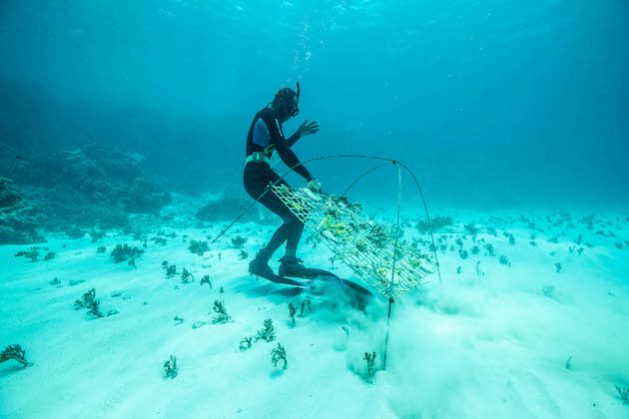 Corals and coral reefs are found around the islands and atolls of the Pacific. In Vanuatu, the government, with the support of SPC, implemented a coral reef climate change adaptation project based on coral gardening. Photo credit: SPC

Sydney, Nov 5 2022 (IPS) - Today, the window of opportunity for scaled-up global climate action to prevent disastrous global warming and build resilience in the most vulnerable nations is closing fast. And a major impediment to reducing emissions and accelerating climate adaptation is both lack of financial investment and major bureaucratic hurdles to accessing those funds that are available.

For Pacific Small Island Developing States (PSIDS), the failure of the international community to provide US$100 billion per year to address climate change impacts in the developing world, a pledge made thirteen years ago, has grave consequences. And it will be a major issue for Pacific leaders at the COP27 United Nations Climate Change Conference due to start in Egypt on Sunday. 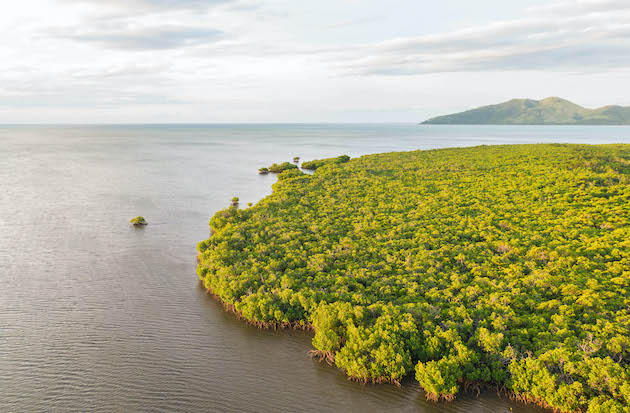 “The Pacific is at the frontline of the impacts of climate change. Climate finance is critical to allow mitigation and adaptation actions, yet the region is suffering from a lack of access to the climate finance already committed to global mechanisms like the Green Climate Fund. Due to global priority setting or global priorities, it is not flowing to where it is needed most,” Dr Stuart Minchin, Director-General of the regional development organization, Pacific Community, in Noumea, New Caledonia, told IPS. “It seems the polluters are setting the rules, and consequently, the flow of climate finance is more like a drip feed than the torrent that is required to meet the challenges of the region.”

Island nations scattered across the Pacific Ocean are among the world’s most exposed to climate extremes, such as rising air temperatures, ocean acidification, more damaging cyclones, heatwaves and the critical loss of biodiversity, water and food security, the IPCC reported this year. The Pacific Islands Forum Secretariat estimates that the region needs US$1 billion per year to implement its climate adaptation goals and US$5.2 billion annually by 2030.

“Without global funding, Pacific Island countries and territories will not be able to identify and implement climate solutions,” Anne-Claire Goarant, Programme Manager for the Pacific Community’s Climate Change and Environmental Sustainability Programme in Noumea told IPS, adding that the costs will be high. “Already climate-induced disasters are causing economic costs of 0.5 percent to 6.6 percent of annual Gross Domestic Product (GDP) in Pacific Island countries. This trend will continue in the future in the absence of urgent climate action. Without adaptation measures, a high island, such as Viti Levu in Fiji, could experience damages of US$23-52 million per year by 2050.”

The unique characteristics of islands, such as small land areas, the very close proximity of many communities, infrastructure and economic activities to coastlines and precarious economies, means that severe weather events can have disastrous impacts. Fifty-five percent of the Pacific Islanders live less than 1 kilometre from the sea, and every year more villages face relocation as their existence is endangered by flooding and sea erosion.  Excessive heat, drought and rainfall are predicted to threaten crop and food production, and by the end of the century, important revenues from Pacific tourism could plummet by 27-34 percent.

One of the two largest global sources of climate finance is the Green Climate Fund (GCF), which has the mandate to focus on the needs of developing countries, and another, the Adaptation Fund, supports tangible adaptation projects. However, most of the global funding tracked by Oxfam in 2017-2018 did not reach the most fragile nations. Only 20.5 percent of reported finance was allocated to Least Developed Countries (LDCs) and 3 percent to Small Island Developing States.

“On financing adaptation in developing countries, what’s happened thus far is not good enough. We need to scale up quite dramatically the ambition within the multilateral development banks and bilateral donors. And we need to work on blended finance, where some public finance leverages private finance, and there is a proper sharing of risks between the private and public sectors,” Mark Carney, the United Nations Special Envoy on Climate Finance, has stated.

The Pacific Community is working closely with nations across the region to develop and submit climate funding proposals and support them in implementing projects once finance is approved. In Fiji, Nauru, Tonga and the Solomon Islands, for example, it is supporting projects on the ground to build climate resilience expertise and capacity among smallholder farmers with a Euro 4.6 million grant from the multi-donor Kiwa Initiative.

But many countries in the region are experiencing limited success with funding applications. In the Federated States of Micronesia, financial support is needed for increasing resilience in health, protecting coastal areas, lifeline access roads, and critical infrastructure from climate destruction and improving water security, Belinda Hadley, Team Leader in FSM’s National Designated Authority for the Green Climate Fund explained. But funding remains elusive as the island states struggle with overly difficult and resource-intensive application processes.

“The processes to apply for multilateral climate finance are heavy and complex. This makes accessing climate finance a slow and onerous process. In-country capacities within governments and other institutions are insufficient in the face of such complex processes. Many countries don’t have enough sufficient personnel to meet the burdensome requirements set by the donors,” Dirk Snyman, Co-ordinator of the Pacific Community’s Climate Finance Unit told IPS. “Even after project approval, disbursement of funds can still take one to two years. This does not allow countries to implement their adaptation and mitigation actions within the timeframes required.”

Funders need “to facilitate faster and easier access to climate finance in such a manner that the climate change priorities of Pacific communities, rather than the priorities and policies of the donors, are driving the regional portfolio of climate change projects,” Maëva Tesan, Communications and Knowledge Management Officer for the Climate Change and Environmental Sustainability Programme emphasized.

Snyman said that the situation could be improved if multilateral finance providers made application procedures more streamlined and flexible, changed the current compliance-based approach to a focus on positive project impacts and a dedicated climate fund was established for losses and damages in the region.

These views are echoed by the IMF, which recommends that climate finance providers should recognize ‘the shrinking window of opportunity to address the climate crisis’ and ‘consider further efforts to rebalance the risks to shareholders with the urgency of climate adaptation needs of small and fragile countries.’

The COP27 United Nations Climate Change Conference will be held in Sharm El-Sheikh, Egypt, on 6-18 November.