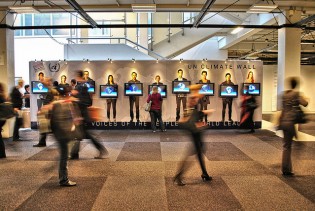 By Joel Jaeger
Venezuela’s election to the U.N. Security Council is inspiring controversy even before it votes on a single resolution.

By Joel Jaeger
Speaking to 75 youths representing 75 countries, U.N. Deputy Secretary General Jan Eliasson offered a sweeping assessment of the United Nations’ place in the world and outlined his hopes for the future.

By Joel Jaeger
Ethiopia plays host to a refugee population higher than the entire population of Luxembourg, in large part due to the recent conflict in South Sudan.

By Joel Jaeger
In its zealous pursuit of terrorism since September 11, 2001, the U.S. government created terrorists out of law-abiding individuals in sting operations and alienated the American Muslim community, according to a new Human Rights Watch (HRW) report released Monday.

By Joel Jaeger
Successful sustainable development financing will require a reallocation of investment and the creation of innovative partnerships, according to the Intergovernmental Committee of Experts on Sustainable Development Financing (ICESDF).

By Joel Jaeger
Less than two percent of all health-related development assistance is directed at noncommunicable diseases, despite the fact they are responsible for more than 60 percent of all deaths worldwide.

By Joel Jaeger
Perpetrators of human rights atrocities in the Central African Republic operate with complete impunity because of the country’s feeble judicial system and ongoing instability, according to an Amnesty International report released Thursday.

By Joel Jaeger
National teams in 15 of the world’s largest carbon emitting countries collaborated to produce a 194-page report, which outlines the vast technological transformations that each country must make to prevent global warming from exceeding 2°C.
ADVERTISEMENT ADVERTISEMENT