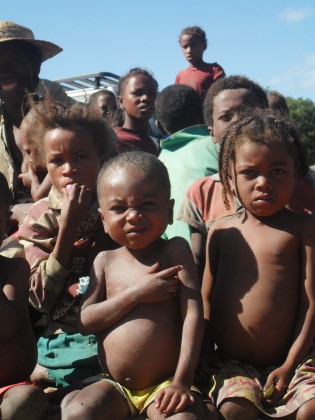 By Miriam Gathigah
While men are more likely to die from COVID-19, women are facing the full blow of the socio-economic fallout from the ongoing pandemic as well as seeing a reversal in equality gains made over the last two decades, says an all-women panel of international thought leaders, who met virtually during a discussion convened by IPS.

By Miriam Gathigah
An increasing number of African countries are now embracing the blue economy for its potential to deliver solutions to their most pressing development needs–particularly extreme poverty and hunger.

By Miriam Gathigah
Joshua Kiragu reminisces of years gone by when just one of his two hectares of land produced at least 40 bags of maize. But that was 10 years ago. Today, Kiragu can barely scrape up 20 bags from the little piece of land that he has left – it measures just under a hectare.

By Miriam Gathigah
A growing number of African countries are increasingly becoming food insecure as delayed and insufficient rainfall, as well as crop damaging pests such as the ongoing outbreak of the fall armyworm, cause the most severe maize crisis in the last decade.
Next Page »
ADVERTISEMENT ADVERTISEMENT