Complications of pregnancy and child birth are a leading cause of preventable deaths and ill health among adolescent women in Kenya. But research shows a combination of modern contraceptives for all adolescents who need it, and adequate care for all pregnant adolescents and their newborns, would reduce adolescent maternal deaths by 76 percent. So what needs to be done to prevent this? 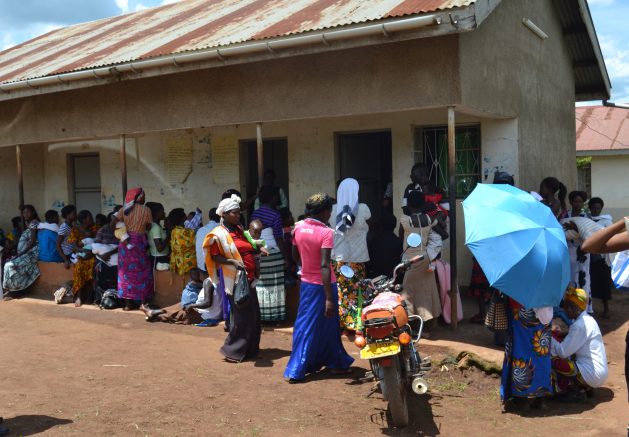 At least 54 percent of sexually active adolescent women in Kenya who would like to postpone pregnancy have an unmet need for modern contraception. Credit: Miriam Gathigah/IPS

NAIROBI, May 25 2020 (IPS) - It was only when 17-year-old Eva Muigai was in her final trimester that her family discovered she was pregnant. Muigai, a form three student who lives with her family in Gachie, Central Kenya, had spent her pregnancy wearing tight bodysuits and loose-fitting clothes that hid her growing baby bump.

“The plan was to have an abortion but I was too scared. My classmate had an abortion last year and she almost died, so I kept postponing the abortion.

“I gathered courage at five months and my cousin took me to a man who does abortions at the shopping centre. He refused to do the abortion because he preferred pregnancies that were not older than three months,” Muigai tells IPS.

Muigai says that one day, while seven months pregnant, she “just fainted and my mother tried to loosen my clothes so that I could get more air”.

“It then became clear that I was pregnant,” she recalls.

Last month, two weeks shy of her due date, Muigai was rushed to hospital with severe abdominal cramps. The attending doctor rushed Muigai into theatre for an emergency caesarian section.

Her newborn baby did not survive.

Last week, Muigai was re-admitted to hospital with further complications after first experiencing swelling in her stomach and then her entire body.

“Complications of pregnancy and child birth are a leading cause of preventable deaths and ill health among adolescent women, aged 15 to 19 years, in Kenya,” Angela Nguku, executive director of the White Ribbon Alliance for Safe Motherhood, Kenya, tells IPS.

The alliance has been at the forefront of advocating for adolescent health and universal access to sexual and reproductive health and rights (SRHR) and is a Deliver For Good partner organisation in Kenya.

Tamara Windau-Melmer, a senior manager for Youth Engagement at Women Deliver, says that adolescent girls are often left behind because the policies, programmes, and investments meant to serve them are not designed in an inclusive, gender-responsive way.

“Adolescent girls must be meaningfully and authentically engaged in decision-making about their own lives, especially as it pertains to information about and access to contraception,” she tells IPS.

“Additionally, comprehensive sexuality education is critical as it offers the opportunity to reach adolescent girls with important information and skills to take control of their lives and pursue a brighter future for themselves, their families, and their communities,” Windau-Melmer says.

But the provision of comprehensive sex education in Kenya remains a hotly-contested issue by religious leaders, who hold great sway on such matters, and it is yet to be rolled out in line with National Adolescent Sexual and Reproductive Health policy.

Nguku says that despite a 2012 government commitment to provide affordable and accessible high quality reproductive health services to adolescents, this promise remains on paper in the form of the National Adolescent Sexual and Reproductive Health policy.

“The policy was updated in 2015 so that adolescents can have accurate, timely information and quality services but adolescent women still have many unmet needs,” she says.

But research by the Guttmacher Institute shows that at least 54 percent of sexually active adolescent women in this East African nation who would like to postpone pregnancy have an unmet need for modern contraception. 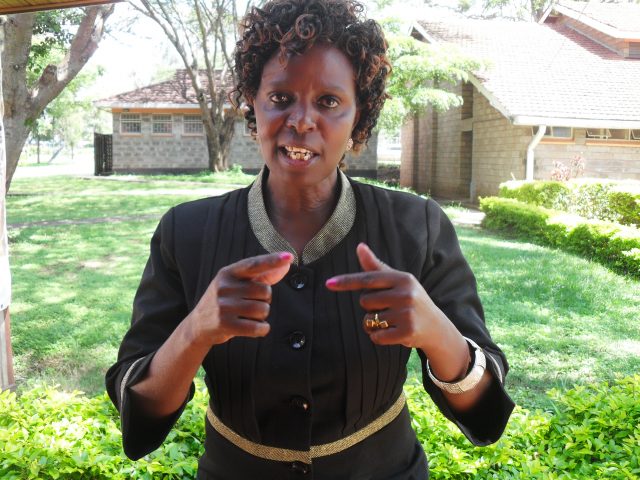 These grim statistics pale in comparison to the country’s impressive progress toward the increased uptake of modern contraceptives.

At the end of the 2012 Family Planning Summit in London, where governments and donors committed to ensure more women and girls could access modern family planning by 2020, Kenya committed to increasing the uptake of modern contraceptives by married women to 58 percent.

By 2017, Kenya surpassed the set target, increasing the uptake of modern contraceptives for all women by a third. Statistics by the Ministry of Health show that contraceptive usage for all women now stands at 61 percent. But for adolescent women this usage stands at 40 percent.

As a result, nearly one in every five teenage girls has either had a live birth or is pregnant with their first child, according to the Ministry of Health.

“Our society is very religious and even where policies allow young girls to access all the sexual and reproductive health services all women are entitled to, the situation is very different on the ground,” says Georgina Nyambura, the founder of Umoja Women Mobile Health Care, a registered, community-based organisation with over 6,000 members across the country.

“It is a common saying that girls are more afraid of pregnancy and, therefore, evidence that they are having sex, than of HIV.”

To address fears of stigma and discrimination towards adolescent women, Nyambura urges the government and actors in the health sector to re-evaluate the manner in which this cohort access services, including information on sexuality.

However, the current coronavirus pandemic is expected to reverse any gains that have already been made. Kenya has reported some 1,214 COVID-19 cases. The country has been in a nationwide lockdown since April, with a nighttime curfew still in place and schools and religious centres closed.

“A health pandemic such as COVID-19 will only widen the existing gap between adolescent women and all the SRHR services that they need. Human and financial resources have now been directed into fighting this health crisis.

“On the other hand, people themselves will only come to the hospital now if it is a matter of life and death. Pandemics affect our health service seeking behaviours and patterns,” Grace Kanini, a nurse at one of the country’s referral hospitals, tells IPS.

However, adolescent health challenges informed the government’s family planning commitments made in 2017 during the second Family Planning Summit in London.

For the first seven months of her pregnancy, while she was hiding it from her family, Muigai did not have a single antenatal care checkup. And she is not an anomaly.

According to the Ministry of Health, 51 percent of pregnant adolescents have fewer than the four essential antenatal care visits recommended by the WHO, and 33 percent do not give birth in a health facility.

Nguku says that the government will need to invest more into family planning programmes that target this cohort.

Fully meeting contraception, maternal and newborn health care needs for adolescents across the country would cost an estimated 89 million dollars each year.

But not meeting these needs will cost an estimated 114 million dollars annually, of which 63 million dollars would go to care related to unintended pregnancies, says the Guttmacher Institute.

An ‘A’ student with dreams of becoming a neurosurgeon, she now lays in a referral hospital receiving medical treatment.